You DON’T need university to have some degree of success 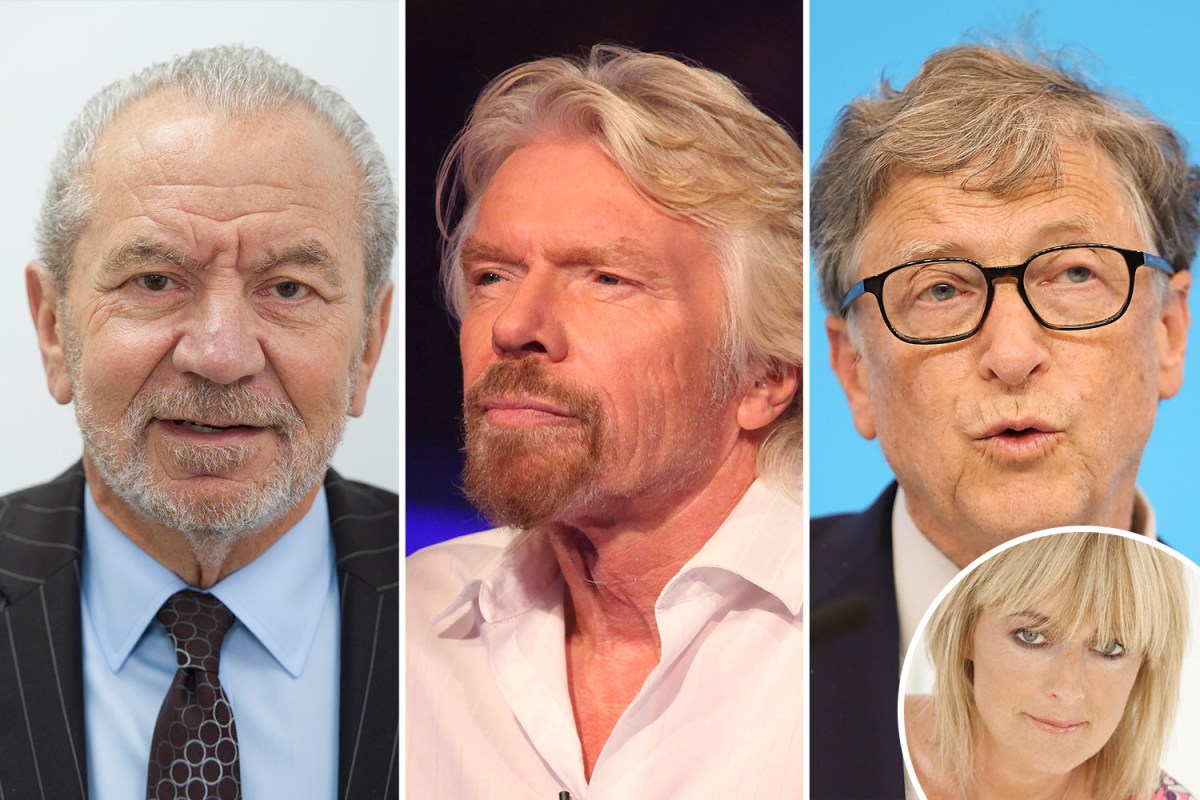 
APPRENTICESHIP numbers have hit an all-time high – with vacancies for nearly 20,000 to begin at-work training this summer.

It’s a victory for Chancellor Rishi Sunak’s Plan For Jobs initiative and a long overdue diversion from former PM Tony Blair’s pledge to send 50 per cent of young adults to university — a move that saw many of them emerge with “Mickey Mouse” deg­rees and unable to find ­relevant work.

In my day, you went to university if you wanted to be a doctor, vet or lawyer, but the rest of us couldn’t wait to start earning money in our chosen field and work our way up.

And we weren’t alone in this mindset.

Vogue’s editor-in-chief Anna Wintour skipped uni and worked her way through the ranks of fashion magazines.

So did Microsoft founders Bill Gates and Paul Allen.

Lord Sugar left school at 16, and Sir Richard Branson didn’t even finish secondary school because of his dyslexia.

Success comes in all forms — and they’re not all academic.

If you need a degree for your chosen profession, then uni is a must.

Or even if you don’t yet know what you want to do for a living, but enjoy studying.

But equally, let’s move away from the mindset that everyone should pursue higher education just for the sake of it.

Sometimes, it’s better to start at the bottom, learn on the job and work your way up.

And now, the Plan For Jobs scheme is helping to facilitate that path alongside several big brands including Mercedes, Accenture and Octopus Energy, who are recruiting apprentices across the UK.

Apprenticeship platform Multiverse boasts on its website: “We’re building an outstanding alternative to university and corporate trainings.” and its founder says: “Apprenticeships are growing in prestige.”

And who is the founder whose platform is making a small fortune from this burgeoning trend?

A FURIOUS dad demanded a full refund from sports store Decathlon for his £700 tent because “we drove our six kids nearly 400 miles, got to the park and found the tent poles were all missing”.

Decathlon then informed him that the tent was inflatable and only needs a pump. Duh.

And they wonder why men are stereotyped as never reading instructions.

Millie to be a silly billy over Liam?

MILLIE COURT and Liam Reardon were 4/1 favourites to win Love Island until the silly sap went to Casa Amor and had his head turned.

Now he’s moping around the villa like a lovelorn giraffe (he’s 6ft 6in) and his far brighter former love is running rings around him with waspish, tongue-in-cheek remarks.

In my dreams, she’d now nail her colours to the lovely Sam Jackson, who took his friend-zoning by Faye Winter with great magnanimity.

But something tells me she’s going to rekindle the flame with the man who betrayed her trust so publicly. Sigh.

As Cher once said: “The trouble with some women is that they get all excited about nothing – and then marry him.”

CANADIAN food writer Joshna Maharaj reckons that teaching kids to use knives and forks rather than their hands is “dripping with the control and shame of colonisation”.

And there was me thinking that knives have been around since prehistoric times as a tool of convenience, and forks were first used in ancient Egypt for the same reason.

CARRIE JOHNSON is the subject of a new book commissioned by Lord Ashcroft, former deputy chairman of the Conservative Party.

Given that he previously published the biography of David Cameron featuring that pig anecdote, the PM’s wife may be justifiably feeling a little nervous.

Meanwhile, one might humbly suggest that a juicier subject for the Tory peer might be the drama currently unfolding in Belize, where Jasmine Hartin stands accused of manslaughter by negligence after shooting dead police chief Henry Jemmott.

Now Jasmine, 32, claims she is being prevented from seeing her children by the actions of her estranged husband Andrew (an allegation he strongly denies) . . . who just happens to be the son of Lord Ashcroft.

Er, maybe not then.

Cost to the community

A FORMER butcher’s shop on my local High Street is being turned into a block of flats.

As of Sunday, planning laws have been changed so developers can convert what used to be shops/cafes etc into residential homes without permission.

The Government argues that repurposing empty units for flats will help ease the housing crisis.

That may be, but at what cost to the communities whose meeting hubs will be taken away?

HAVE a “staycation” they said.

Unfortunately, the weather gods didn’t get the memo and Storm Evert has obliterated campsites all over the country, with Storm Fleur now on its way.

This is the problem.

Yes, many parts of the UK are exquisitely beautiful.

But when you’re sitting on a rain-lashed beach in your kagoul and your “wind-breaker” is in danger of taking flight, it’s hard not to wish you were on a sun lounger in Spain with a vat of sangria.

A STUDIO flat in North London is £750 a month to rent despite the bathroom being in a cupboard and the only access being through a window and down makeshift wooden steps.

If you’re The Borrowers.

Aisle drink to that

NOW 94, when Martha Tucker got married in 1952 she had to wear a borrowed blue dress.

Why? Because segregation rules in the US state of Alabama barred her from entering a wedding shop.

So last month, as part of her bucket list, she finally went in and tried on the dress she’d always dreamed of wearing.

“It was so beautiful, I was in heaven,” says Martha, who joined the civil rights movement and attributes her longevity to eating seven gin-soaked raisins a day followed by a chaser of cod liver oil.

And, while there’s still a way to go, what a reminder of how far we’ve come.

Can we please get “summer” out of the way first?

That said, I’m grateful my kids are now fully grown and my days of scouring the classifieds for the last available Tamagotchi/Tracy Island/Teletubby (priced £48squillion) are now firmly behind me.

I wrote: “Do they have even the slightest idea how the people they purport to represent live their lives?

“Holidays have to be planned in advance. Workplaces need to be notified so they can get cover if needs be.

“Deposits are paid on hotels and hire cars and have to be cancelled by a certain date or we lose the money.

“Pets have to be booked in to kennels. Cover care has to be arranged for any elderly relatives while we’re away.”

Now the PM has reportedly canned plans for the potentially disastrous “amber watchlist” that could see a country turn to red at short notice and land a family with a hefty bill for a ten-day stay at a quarantine hotel.

Alongside the caveat that we still need to be wary of the virus, he says: “I understand how much people plan, prepare for the summer holidays.

“What I want to see is something that is as simple and user-friendly for people as possible.”

Apprentice star now worth millions gets fired by Alan Sugar