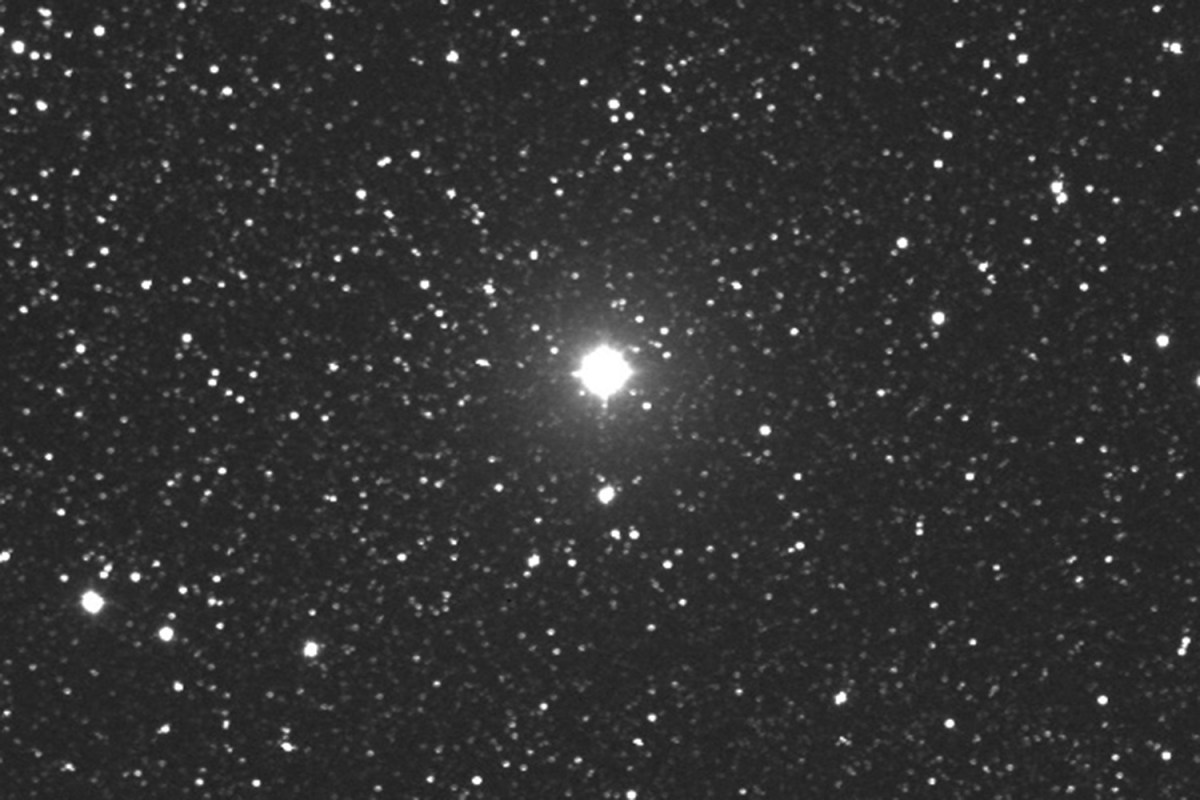 
A RARE stellar explosion will be visible to the naked eye in the night sky this evening.

The “nova” – an eruption from a distant star – burst into view earlier this week and is expected to shine brightly for several days.

The outburst from the star named RS Ophiuchi about 4,566 light-years away has been photographed by astronomers throughout the week.

They say it’s the object’s largest nova in 15 years and offers stargazers a great chance to witness a stellar event without the need for equipment.

RS Ophiuchi is a white dwarf – a small very dense star that is typically the size of a planet. It erupts periodically in what is known as a recurrent nova.

“RS Ophiuchi is a white dwarf with a red giant companion that dumps mass onto it.

“Every 20 years or so, enough mass builds up that causes the surface of the white dwarf to explode.”

The nova was so bright earlier this week that it reached a magnitude of around 4.8 – seven times brighter than usual.

The last major nova from RS Ophiuchi was all the way back in 2006.

Her discovery was later backed up by similar reports from around the world.

To spot the nova, look to the equatorial constellation of Ophiuchus on a clear night.

From the Northern Hemisphere, you can spot Ophiuchus in the south at nightfall.

From the Southern Hemisphere, look more overhead around mid-evening.

Nova are effectively the result of a star getting a little greedy.

RS Ophiuchi is a binary star, specifically a white dwarf orbiting closely with a red giant – a type of very large and bright star.

As the white dwarf absorbs hydrogen gas from its neighbour, it grows in mass until it eventually blows off steam with a massive stellar explosion.

Novas are not to be confused with supernovas, the bright and powerful explosion that signals the violent death of a star.

Recurrent Nova RS Ophiuchi is currently in outburst at magnitude +4.5/+5.0 over the past weekend… the last outburst was 2006. Look for the novae due south at dusk. More to come! pic.twitter.com/m63Ey7dV7P

In other news, a terrifying space explosion so bright that it shone in the daytime sky for weeks shocked ancient Europeans 1,000 years ago.

The world’s first PREGNANT Egyptian mummy has been identified by archaeologists.

Human skeletons have been discovered on a 1717 pirate shipwreck just off the coast of Cape Cod in the US.

And, an ancient mummy with a golden tongue has been unearthed in Egypt.