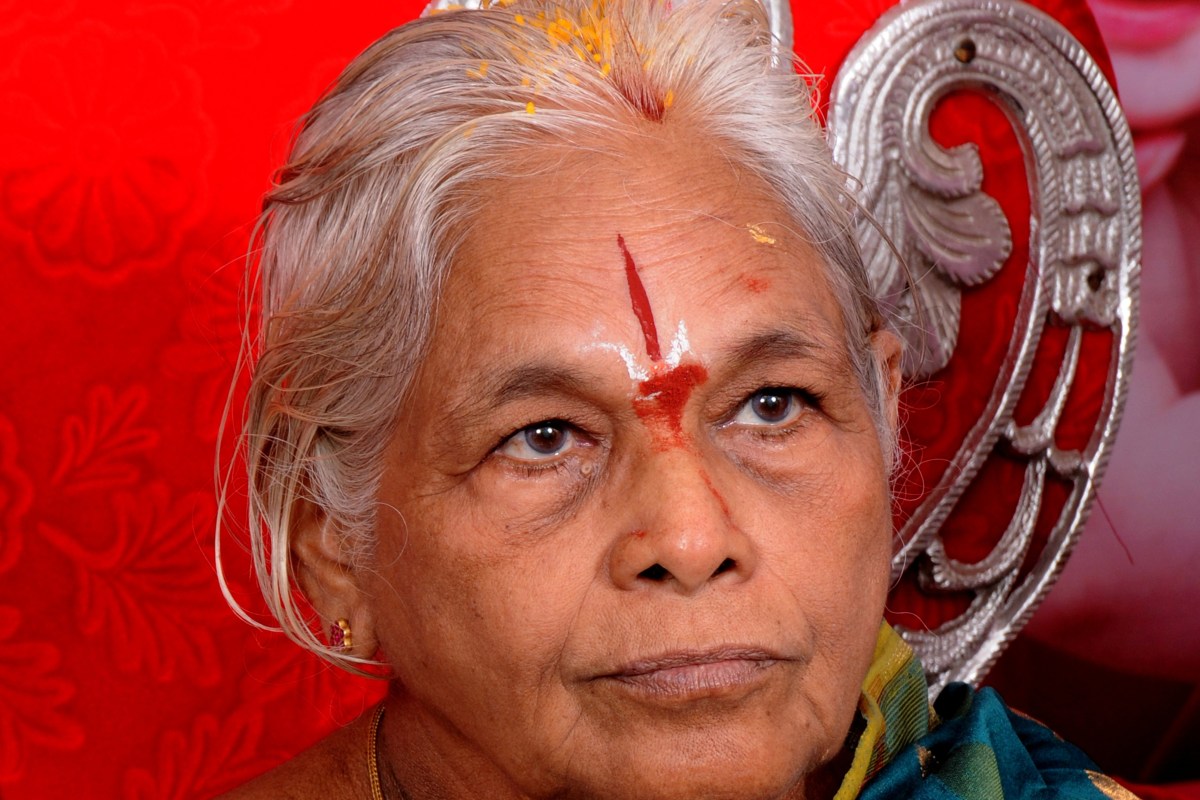 
ERRAMATTI Mangayamma made history when she and her husband became the world’s oldest parents in 2019.

However, after the then 74 year-old from India miraculously gave birth to twin girls two years ago, she now spoken about facing the challenge alone.

Errammati’s journey began with husband Raja Rao when they married in 1962.

However, they had to wait 57 years to become parents before their twin daughters arrived on September 5, 2019

The mum had conceived via vitro fertilisation (IVF), following news from her neighbours that it was being offered in the area.

Upon her birth, the Hindustan Times reported that because Mangayamma had no chance of producing eggs, as she had already gone through menopause 25 years ago, an egg was used from another donor, and fertilised with her husband’s sperm.

Dr Umashankar who had been treating the women said: “Luckily she conceived in the first cycle itself, and she was found to be pregnant this January.”

He added that her condition had been “constantly monitored” during her pregnancy, including by cardiologists, gynaecologists and a nutritionist.

“Since it is very difficult for her to have normal delivery in view of her age, we had to perform a caesarean operation.”

And, much to relief of doctors, the babies were successfully delivered as the mother was quickly rushed to intensive care to cope with the stress.

Recollecting Yerramatti said: “Holding them for the first time was beautiful. We were kept in hospital for a couple of weeks so doctors could make sure the three of us were healthy, but thankfully we were then allowed home.

Hours after their birth, thrilled dad Raja Rao hailed their arrival, saying: “Due to the grace of God and doctors, I am the proud father of two baby girls.

“We are the happiest couple on earth today.”

The 74-year-old had endured a difficult journey to becoming the world’s oldest mum.

Yerramatti told how neighbours dubbed her “the childless lady” and she would often catch relatives gossiping behind her back.

Her niece told The Times that at one stage, the couple had considered adopting a child.

But Dr Umashankar recommended IVF instead as Mangayamma’s “physical condition was so good.

“She doesn’t have high blood pressure or diabetes, though my uncle has had heart problems for a few years.”

The obstetrician told the paper, however, that his patient had lied about her age, and told him she was ten years younger.

He added: “It was only by chance, after she conceived, that her husband let out accidentally to one of the nurses her real age. I was livid.”

After giving birth, Mangayamma told reporters: “I cannot express my words. These babies complete me.

“My six-decade wait has finally come to an end. Now, no one call me infertile any more.”

But sadly, her partner Raja’s taste of fatherhood would meet a premature end after he died last October from a heart attack.

Now forced to thinkabout her own death, Yerramatti appointed a family member to take over the care of the girls when her time comes.

But for now, her overwhelming love for the children she thought she would never has is helping her get through her grief.

She said: “It’s tough without him, but my family and friends are close by, and I have savings to help me.

“I’m determined to be here to see my girls grow up, but I’ve chosen a family friend to raise them if anything happens to me.

“I’m just so thrilled I got to be a mum after all the years I spent heartbroken without children.”