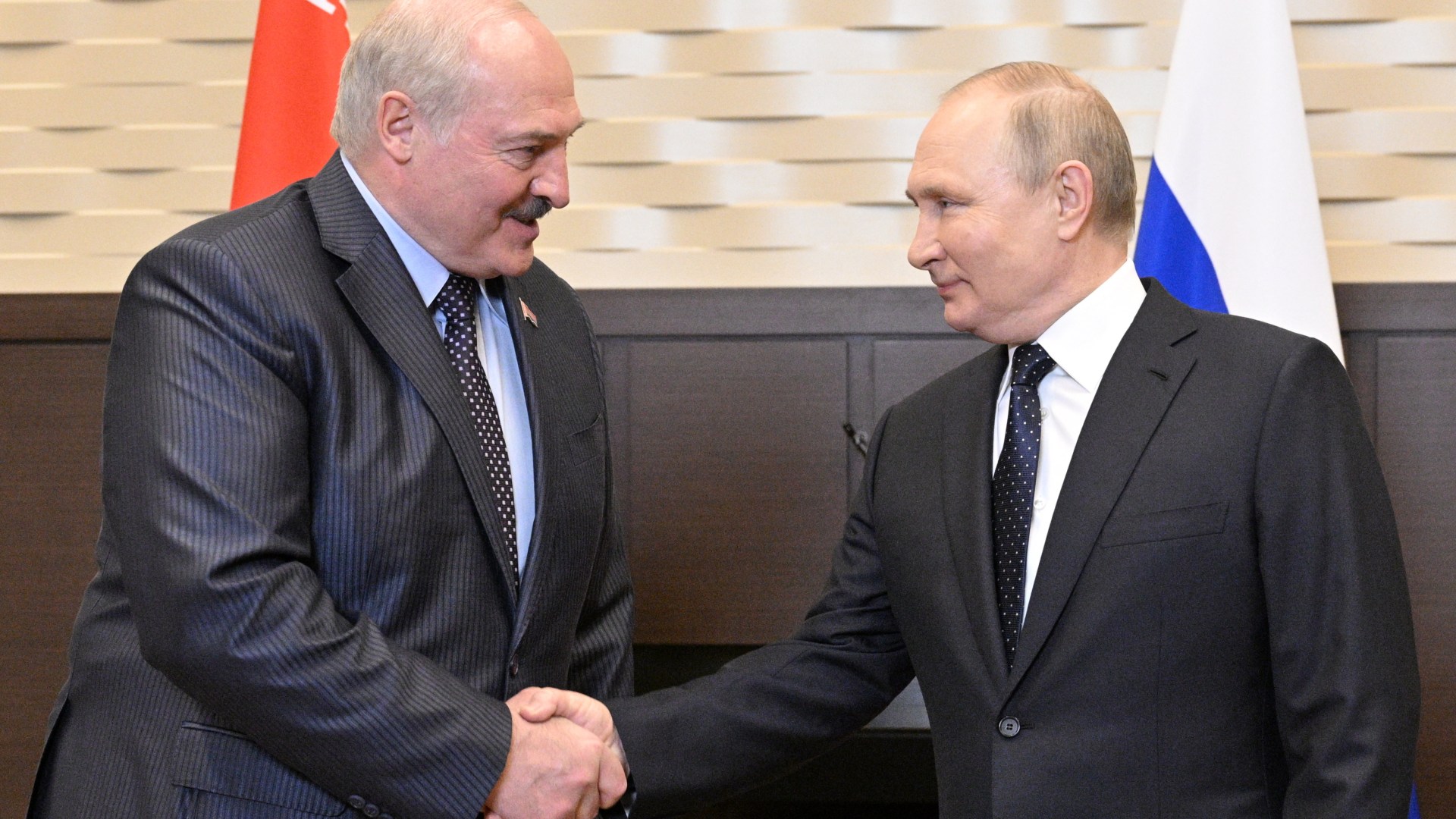 Alexander Lukashenko, the president of Belarus, made the claim as he met the Russian tyrant, whose brutal invasion of Ukraine he’s backed.

In a letter to the UN Secretary General, Lukashenko said Belarus “calls on the countries of the world to unite and prevent the regional conflict in Europe from escalating into a full-scale world war!”.

As Putin and Lukashenko held their meeting, Russian TV once again ramped up its bellicose about the war in Ukraine, warning of the country would start a nuclear war rather than accept defeat.

Lukashenko – dubbed Europe’s last dictator – has remained loyal to Putin in the face of almost universal condemnation of Russia’s invasion of Ukraine and the pair met this week.

In his bizarre letter he told António Guterres to way to ensure peace was for the world to “refrain from arms supplies, from information warfare and any provocations, from inflating hate speech in the media”.

Lukashenko’s intervention comes as the head of state-backed RT Margarita Simonyan said Russia would rather unleash nuclear war than accept defeat in the Ukraine war.

“They all believe that we will lose and the west will win,” she said.

“They don’t understand that it’s impossible. It’s simply impossible, it will never happen. Either we win, or this will end badly for all of humanity, there is no other way.”

She also said that one strike of the Sarmat nuclear missile – known as the Satan-2 – would be “enough to destroy the coast” of Ukraine.

But it would not be practical to nuke the country as it would impossible to separate Russians from Ukrainians, Simonyan told panel discussion on the war.

“If wanted to, couldn’t we have dealt with Ukraine, in a matter of hours, not days,” she said.

“But we’re conducting a special military operation, that’s why it’s not war.

“We pity all of them over there, we understand that many of them are our own people who are hostages of those who aren’t ours.

“We can’t separate them, some here, some there, and strike them with Sarmat. We’ll be the ones having to rebuild it.”

Meanwhile, it has emerged the Royal Navy could join allies to escort Ukrainian grain exports and alleviate the global food crisis, The Times reports.

The ships would be part of a “coalition of the willing” that would break Russia’s blockade in weeks by providing a “protective corridor” from Odesa through the Bosphorus.

The action comes as amid of a world food crisis and the US has also said was sending long-range missiles to take out Russian ships.

He said the coalition could include some Nato countries and other countries reliant on the grain.