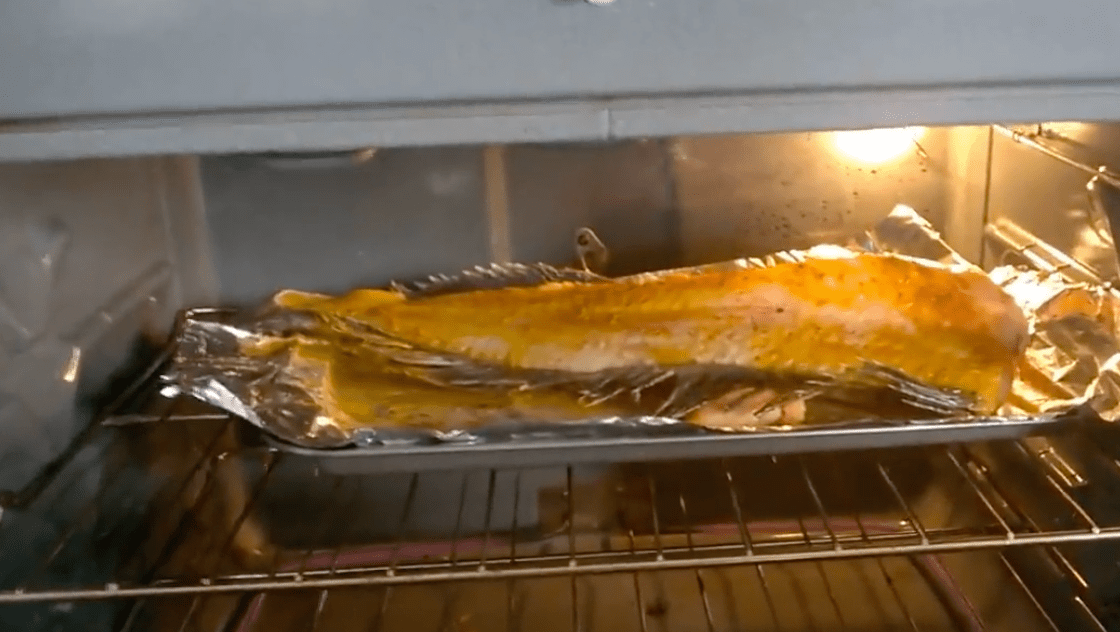 
THIS is the horrifying moment a fillet of fish appears to jump up and down while it is cooking in the oven “like a scene from the Exorcist”.

The video, posted to Reddit, shows the piece of fish jolt and slam up against the grill as if it was alive.

The 35-second clip begins with the woman opening up the oven, with the fillet twitching before banging off the top of the oven.

It continues to move in bursts before coming to a complete standstill.

Some Reddit users attempted to explain the science behind the movements of the dead fish.

One said: “It’s because the fish’s spine is still sending electric impulses to the muscle.

“To get rid of them, you need to stick a rod down the fish’s spine after you’ve cut the head.”

Another said: “Yep applying lemon juice or salt to a fresh kill will do this.”

A third replied: “Or soy sauce. That salt activates the nerves.

“Some Japanese restaurants serve stuff like this. I’d be glad to get it. At least you know it’s fresh.”

While the video might look like something out of a horror film, there’s a simple explanation for what happened to the fish.

According to IFLScience.com, despite the brain and heart not functioning, cells in the fish’s body still respond to stimuli – including sodium.

Dead fish will continue to move around until they use up all their energy stores.

It doesn’t mean the fish is alive or in any pain.

The phenomenon isn’t limited to fish as frog legs can still kick after they’ve died and chickens can run around with no heads.

This isn’t the first time a dead fish was caught “moving” on camera.

In 2019, a gutted fish was filmed lunging at a screaming girl.

The fish jumped off the table at a woman while a fisherman was getting it ready to cook.