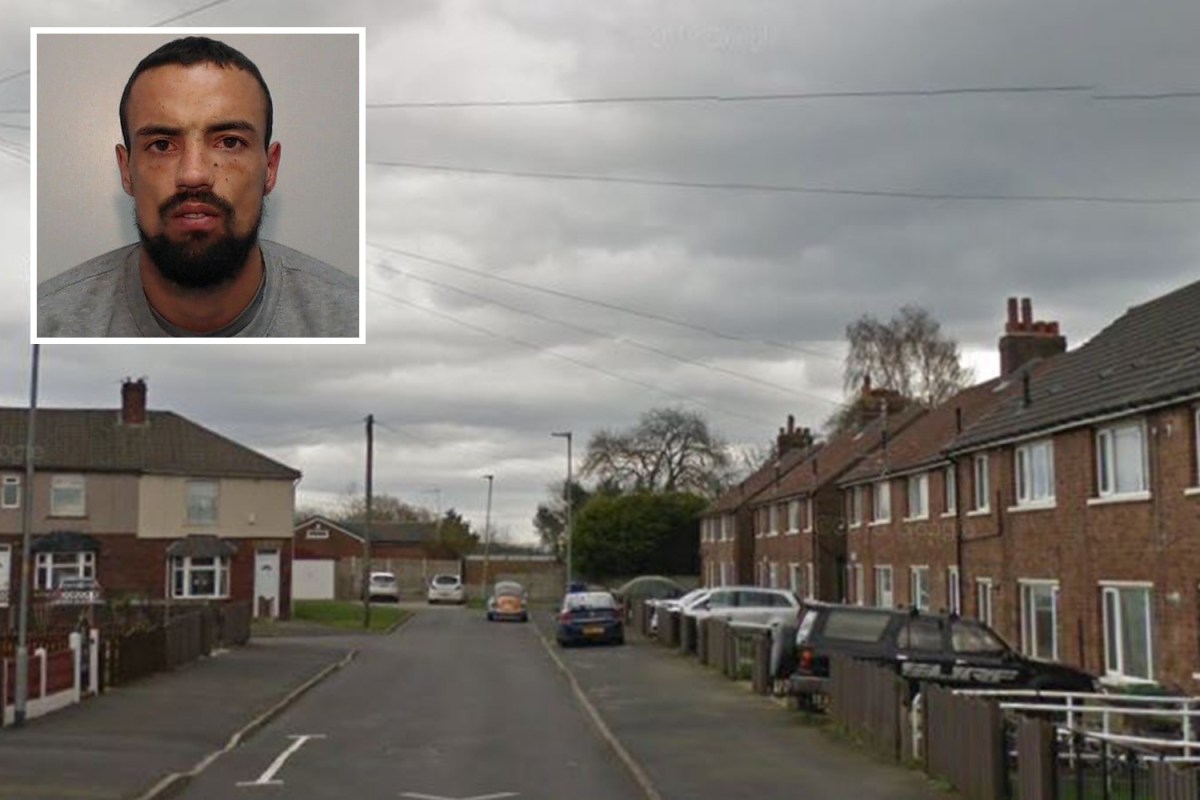 
IN A botched drug debt raid, a victim was so “so terrified” she jumped out a window falling onto a car knocking herself unconscious.

The thug and his accomplice, who got the wrong house, wielded a machete and battered a mum, her daughter and friend in their home in Manchester in an attempted robbery.

Mum Wendi Reynolds, daughter Coram Kerr and friend Lisa Rigby were beaten up and threatened with a machete in a botched drug debt raid in Leigh.

Daughter Coram was so terrified that she climbed out of a window and fell onto a car below and was briefly knocked unconscious.

In a victim statement, Ms Rigby said: “I thought I was going to die”.

She added: “I honestly thought Wendi was going to be killed that night.”

In the tussle, brave Wendi went for Bailey’s private parts as he was searching her flat for valuables leaving him wince in agony.

The thug yelped: “Help, help, don’t go without me” before his 17-year old accomplice battered Miss Reynolds about the head until she let go.

She was left with a fractured jaw, three fractures around her eye socket and a gash to her hand, which required stitches after she was hit with the machete as she put her hands up to protect her face.

In a statement to police Miss Reynolds, who is in her 40s, said: “I ended up in the bedroom where I saw the machete on the bed.

“I tried to cover it with a duvet but one of the men started to look for the machete and I heard one of them say: ‘we’re not leaving here without it’.

“I then grabbed one of the men by his testicles and held on tight to prevent him leaving the flat or getting the machete. We were on the floor and I was grabbing his leg to stop him from leaving.

“He was screaming for the other man to come and help him, the other male came in the bedroom and he punched and kicked me and due to the pain I had to let go of the man’s testicles.”

I honestly thought Wendi was going to be killed that night

She added: “I was traumatised and this will stay with me for the rest of my life. I feared for my daughter’s safety and that’s why I put up such a fight, I did not want her to get hurt. “

Bailey pleaded guilty to aggravated burglary and claimed that it was a failed attempt at collecting a drug debt, after getting the wrong address.

A Louis Vuitton designer handbag, a mobile phone and tablet were also taken during the incident.

Bailey pleaded guilty to aggravated burglary and claimed that it was a failed attempt at collecting a drug debt, after getting the wrong address.

“The occupants of that flat were in what should have been a safe place – someone’s private home.

“You broke in armed with a terrifying weapon.

“You thought you were attacking drug dealers or people connected to drugs but you were in fact inflicting violence and fear on totally innocent members of the public.

“One occupant was so terrified that she was driven to try and escape from an upstairs window and one was followed from room to room and suffered significant injuries.

“What you did will live with the victims forever.

“You should be utterly appalled by what you did.

“It was quite shocking criminality.”