Why do the poor always pick up the bill to be green? 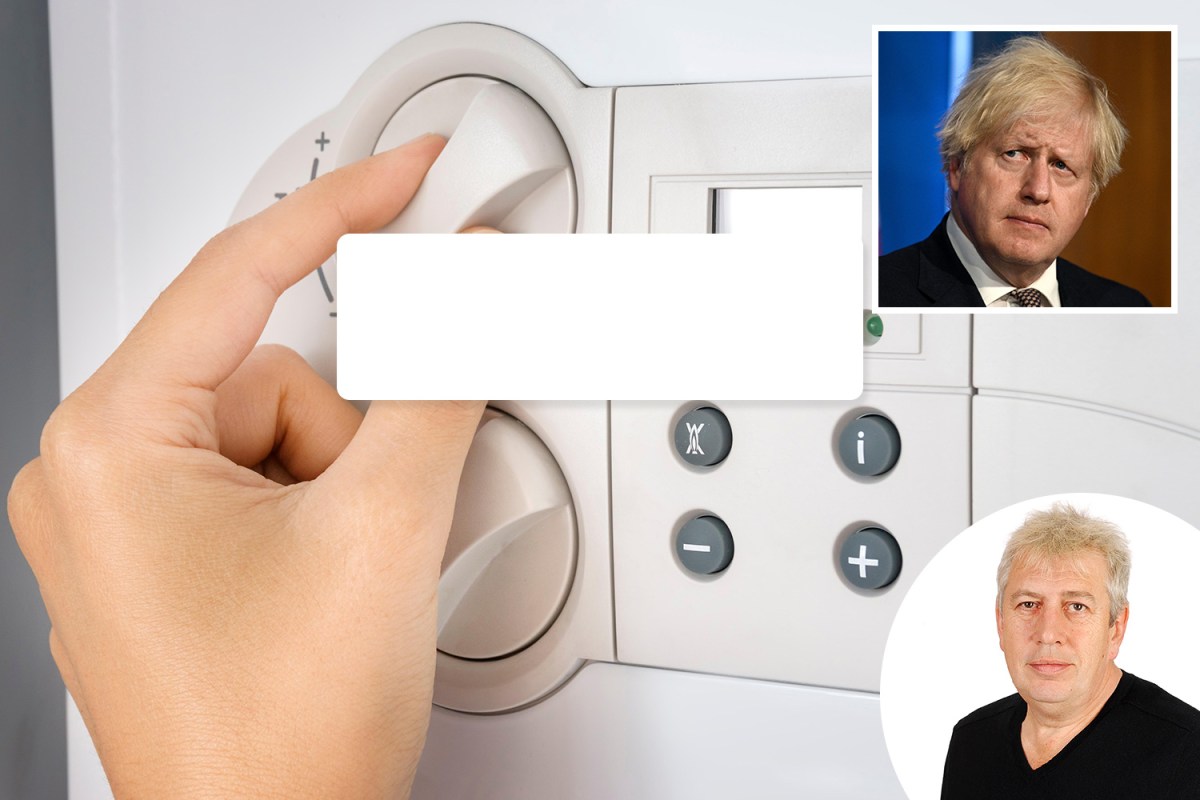 
THE Government is determined to make you get rid of your perfectly decent gas boiler and buy a special “green” contraption that costs up to ten times as much. And doesn’t generate much electricity.

I think the sort of thing they have in mind is powered by elves. They run around in a giant hamster wheel which you have to buy. You have to pay for the elves, too. Plus pensions.

And you’re not even allowed to kick them when they slow down. That’s banned under Elf and Safety legislation.

The new carbon neutral Elf Generating System (EGS) will save the planet. And it will produce just enough electricity to let the elves run around with a light on.

It’s either that or a heat pump. This magical device costs upwards of £10,000 and it takes up a hell of a lot of room. It isn’t remotely practical for most British houses. There isn’t the space, for a start. And it is exorbitantly expensive.

Oh, and some heat pumps don’t work when the temperature drops. It’ll keep you nice and hot in summer, though.

And so our poorest people are suddenly going to have to fork out a third of the national average wage, in one go, when their gas or oil boilers are working perfectly well.

The Government is trying to show that it takes climate change seriously. And it takes its target of 2050 for reaching “net zero” carbon emissions seriously.

But too often it is the poorest people in the country who have to bear the brunt of our desperate wish to be “clean”.

If Boris is really serious about reducing emissions, and taking the public with him, he will have to ensure that the average citizen isn’t bankrupted in his name when it’s time to replace the boiler.

Already a bunch of Conservative MPs are cutting up nasty about the whole business. These are the “red wall” Tories, who won their seats from Labour in the north of the country.

These MPs know that Boris’s plans — scribbled down on a beer mat, I suspect — could be politically ruinous for them and their party.

“Vote Tory and spend £10,000 on a heating system that doesn’t work very well.” Has a certain ring to it, as an election slogan, no?

The UK is well down the list of polluting countries, both overall and per capita. China is easily the world’s biggest polluter overall.

But per person some of the worst-performing countries are the most right-on: Canada, Australia, the US, the Netherlands, Germany and New Zealand.

It hardly seems right that the poorest people in the UK will be asked to shoulder more of a burden than those living in the richest countries in the world.

If we’re going to bank on these new forms of heating, the Government needs to invest in the technology, so that it becomes affordable for everybody.

The cost of the hardship should, in the end, be borne by the country as a whole.

And maybe look at those dates again, Boris. Unless you want those red wall seats to be red once again.

SO now arrogant, thick-as-a-plank-of-wood dipstick Prince Andrew is facing a charge of “rape in the first degree” in the US courts.

It’s not been a good couple of years for the Royal Family, has it? The Queen has had to suffer the narcissistic, petulant behaviour of Prince Harry and his ghastly missus.

They seem determined to destroy the entire institution.

And now much more embarrassment and ignominy with Andrew.

A good bet on alpaca

THE fight goes on to save Geronimo the alpaca.

So far the Government has refused to give in. Ministers are saying the poor creature must die.

All his owner Helen Macdonald wants is the chance to prove he hasn’t got bovine TB.

A human shield has been created around Geronimo on his farm in Gloucestershire.

Alpacas marched on Downing Street! The hapless agriculture minister, George Eustice, has been caught out confusing the test administered to Geronimo for an entirely different one.

I tell you, if I were a betting man I’d have ten quid on Geronimo lasting a bit longer than Mr Eustice.

Time for a bunch of braying Hooray Henrys to start blasting grouse out of the skies.

There was a report last week from conservation group Rewilding Britain.

It purported to show just how much damage is done to some of Britain’s most beautiful country-side by grouse shooting.

If you took a poll now I suspect most people would vote to ban it. But the Conservatives love a spot of grouse shooting – they’re never happier than when they’re maiming animals.

So people often ask her: “How long were you in for?”, assuming she’s been to jail.

Hard to blame them, isn’t it? Because an otherwise attractive woman now resembles a smackhead who has just been done for holding up a liquor store.

TEACHERS are meant to be bright, aren’t they?

In which case, how do they not realise that awarding almost half of their students A grades makes A grades pretty much worthless?

That’s what happen- ed to A levels this year. Almost 50 per cent on the top grade.

Already universities are saying the grades are just about useless, because everybody has them.

I know the kids have had a tough time. But pretending they’re all brilliant doesn’t help them. It just leaves them deluded. And with potential employers who can’t distinguish between them.

Came as no surprise to me. Always suspected he batted for the other side, frankly. Never had a girlfriend, has he?

Mind you, Batman himself looks as if he’s just come off a Pride march. I mean, he’s wearing a cape and pointy ears.

I do get a bit tired of these retrospective re-assignments of fictional characters’ sexuality.

They’ll probably have a go at the Green Goblin next. Why any of this matters is beyond me. It’s just obsessives, shoe-horning in their agenda once again.

A SMALL-circulation North London newspaper known as “The Guardian” is getting itself very worked up about Coca-Cola.

A report suggests that empty cans and bottles of the drink make up a huge proportion of litter dumped in public spaces.

How the hell is Coca Cola to blame for that?

Does it say on the can: “Make sure you throw this in a hedge when you’re finished”?

The reason it makes up a large proportion of litter is because it’s very popular.

Still, at least The Guardian is doing its bit to fight global warming.

Think of all those trees saved!

SINCE he stepped down as Prime Minister, David Cameron spent his time lobbying on behalf of a really crap company, Greensill Capital.

He used his position to beg ministers to invest YOUR money in a firm which would shortly go bust.

Meanwhile, when the firm went bust, investors lost thousands of pounds. At the same time, Cameron was also pocketing £400,000 of taxpayers’ money to run his private office.

Quite how he can think this is OK is beyond me. The man has balls of steel. And very, very deep pockets.