Why can’t we honour heroes like Professor Sarah Gilbert as normal people rather than pouting Barbie dolls? 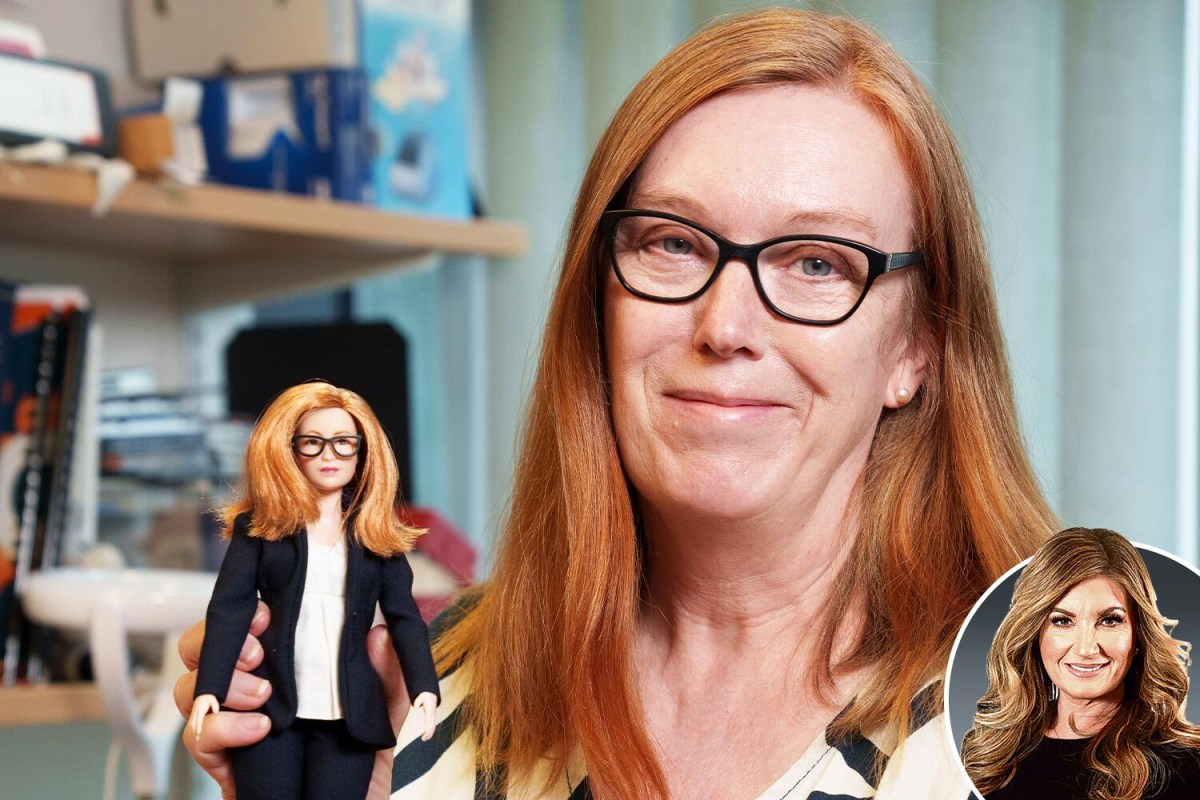 
I’VE been mulling over the news that Professor Sarah Gilbert, co-creator of the Oxford/AstraZeneca jab, has had a Barbie doll made in her honour. I’m not sure how I feel about it.

On the one hand, what could be more positive and inspiring, a doll that aims to motivate girls to get into science, technology, engineering and mathematics (STEM) careers? Bring it on. But it is impossible to ignore the fact that Barbie was the original unfeasible role model.

If she were real, she would be incapable of lifting her head.

Her body would have room only for half a liver and barely any intestine.

Her wrists and ankles would be too fragile to support her body. She would have to move around on all-fours.

Yet Barbie is still cited as some sort of body ideal.

No wonder Prof Gilbert, who led the development of the Covid vaccine at Oxford and was made a dame in recognition of her heroic efforts, said she initially found the gesture “very strange”.

She added: “I am passionate about inspiring the next generation of girls into STEM careers and hope children who see my Barbie will realise how vital careers in science are to help the world around us.

“My wish is that my doll will show children careers they may not be aware of, like a vaccinologist.”

What she didn’t ask — probably through politeness — is why we turn female role models into Barbie dolls.

Why can’t our heroes be normal people, not Kardashian types with huge boobs and pouting lips? Why can’t we celebrate them just the way they are? Sarah’s achievements, in themselves, will inspire a generation of girls to follow in her footsteps.

Surely kids don’t need a plastic facsimile with full make-up and a grotesquely distorted figure to inspire dreams and aspirations?

Does any woman truly aspire to have a Barbie created of them, something to be dressed up and played with — pretty but silent, the ultimate symbol of female subservience?

Prof Gilbert is the antidote to Barbie.

I don’t remember Tim Berners-Lee being turned into a dolly for devising the worldwide web. Or any man, for that matter.

Can you imagine Boris Johnson, Rishi Sunak or Professor Chris Whitty taking it as a compliment to be turned into a plastic Ken?

Sweaty Betty, the upmarket sportswear brand co-founded in 1998 by Tamara Hill-Norton, has been sold to a US firm for almost £300million.

And Legally Blonde star Reese Witherspoon has become the wealthiest and most powerful woman in Hollywood after her production company Hello Sunshine was sold for an incredible £647million.

Makes me proud to be a woman.

A mega help to women

SOME people have been throwing shade on the fact that the Duchess of Sussex chose to celebrate her 40th birthday by announcing a new initiative.

The idea is to help women back into work after the Coronavirus pandemic.

In the short film she released last week, Meghan asked Hollywood star Melissa McCarthy to help in launching her “40×40” campaign, along with several other famous, LA-based friends.

The duchess – who was looking wonderful and seen for the first time since the birth of Lilibet two months ago – said she wants people around the world to commit to giving 40 minutes of their time to mentor women going back to work.

This is a great cause, because over two million women in the US and tens of millions around the world lost their jobs during the pandemic.

Among those who have promised 40 minutes of their time to support a woman in their community are singer Adele, poet Amanda Gorman, Sophie Gregoire Trudeau, the wife of Canadian Prime Minister Justin Trudeau, and fashion designer Stella McCartney – all of whom are friends of Meghan.

Some are calling it a publicity stunt, but still, what a brilliant line-up of women she has queuing to help other women.

Whatever you think of Meghan, this is such a positive way to mark turning 40 – by inviting women to help other women back into the workplace.

We all need a mentor and a helping hand, and even those who say it is “woke” and “publicity seeking” surely have to acknowledge that this is a positive initiative.

I WASN’T aware John Corbett – the actor best known for playing Carrie’s love interest Aidan on Sex And The City – and Bo Derek had been dating for the past 20 years.

What’s more, they got hitched last year with so little fanfare it is being referred to as a secret wedding.

I love this story.

It’s never too late to tie the knot. And the fact they didn’t make any announcement about their wedding – or sell pictures of the bash to a glossy magazine – shows it is the real deal.

Chips down for Jen

THERE is no doubt Jennifer Aniston looks a million dollars – in a way that seems, if anything, to grow with age.

But no one – I repeat, no one – looks the way she does without a serious maintenance regime and a lot of self-discipline behind the scenes.

In a recent magazine interview, the 52-year-old actress revealed just how much willpower she has.

Asked what she eats when she is stressed, Jennifer replied: “A chip.”

Asked to clarify if she means a SINGLE chip, she confirmed: “I’m good at that. I can have one M&M, one chip. I know, that’s so annoying.”

Actually, I don’t find it annoying . . . just very hard to relate to.

I want to eat crisps (plural) more than I want to be as thin as Jennifer.

Life’s just too short, isn’t it?

SECOND IS NO SILVER-LINING FOR BEN

I CAN see why people were not impressed by boxer Ben Whittaker’s response to winning a silver medal.

He refused point blank to wear it, keeping his head down throughout the presentation ceremony.

When his name was announced, he collected his silver without the hint of a smile and stuffed it in his pocket as his fellow medalists looked on.

He came across as a bad loser – not that getting a silver is losing, exactly.

But at the heart of every successful sportsperson is a fierce competitive streak.

That is their “spark” – the driving force that sets them apart from the rest.

Ben won’t fight at an Olympic Games again, as he is planning to turn professional.

His reaction was to missing out on gold, not winning silver.