Who is Afghanistan President Ashraf Ghani? 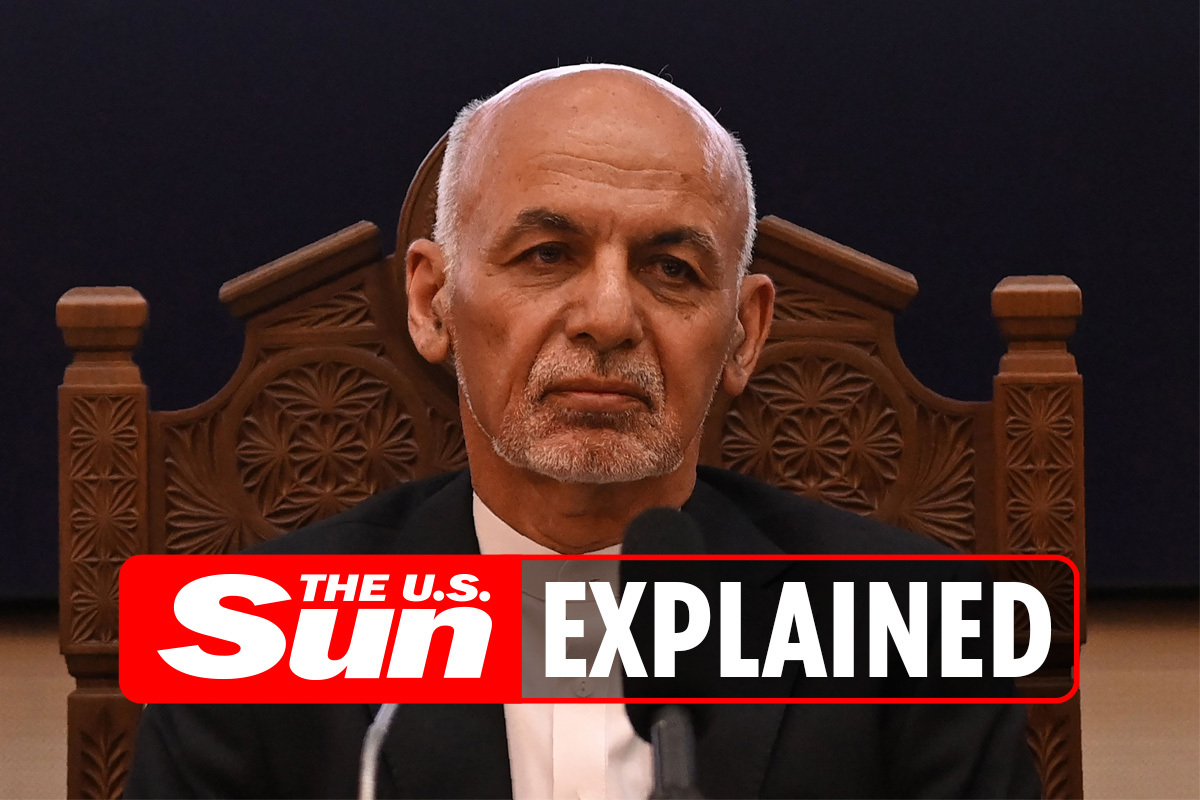 
AFGHANISTAN’S President Ashraf Ghani has fled the country as the Taliban rolls in.

So who exactly is Afghanistan‘s leader-in-hiding and how did he become President?

Who is Ashraf Ghani?

Ghani, whose full name is Mohammad Ashraf Ghani Ahmadzai, was elected President in a bitterly-contested campaign on September 20, 2014. and was re-elected five years later.

The 72-year-old is an Afghan politician and the country’s 14th President, who fled to neighbouring Uzbekistan in August 2021.

In a Facebook post as he escaped on Sunday, August 15, the economist and academic said he “thought it was better to leave” in order “to avoid bloodshed”.

The Afghan leader trained as an anthropologist in the US and holds a doctorate from New York City‘s Columbia University. He was named one of the “world’s top 100 global thinkers” by Foreign Policy magazine in 2010.

Ghani spent almost a quarter of a century outside Afghanistan during the bloodstained years of Soviet rule, civil war and the Taliban‘s reign in the mid-1990s.

During that time, he was an academic in the US and later worked with the World Bank and the United Nations across east and south Asia.

He was Afghan finance minister in 2002 but fell out with then-President Hamid Karzai, and from 2004, took up a chancellor post at Kabul University, where he was seen an effective reformer and established a Washington-based think tank.

Like Karzai, Ghani is also from Afghanistan’s majority Pashtun ethnicity.

Despite coming from the majority sect, he barely secured four per cent in the 2009 Presidential election against Karzai.

He had a prickly relationship with the west and was a vocal critic of what he termed “wasted” international aid in the country and was known to have slowed down peace negotiations with the Taliban.

In an interview with the BBC, Ghani said: “The future will be determined by the people of Afghanistan, not by somebody sitting behind the desk, dreaming.”

What is Ashraf Ghani’s net worth?

Ghani reportedly has a net worth between $5million and $9million, according to Market Realist.

Wikipedia claims the exiled leader owns 200 acres of land in Surkhab area in Logar province, which he inherited from his father.

It’s unclear what has happened to the property since Ghani fled Afghanistan.

Ghani is married to Rula Saade, who was born into a Lebanese Christian family.

The couple married after meeting at the American University of Beirut, where they both studied in the 1970s.

They eventually settled in the US, where they obtained citizenship. Ghani renounced his in 2009 so he could run in Afghan elections.

Ghani and Saade have a daughter, Mariam, and son Tariq.

Both were born in the US and have American passports. Mariam is based in Brooklyn and is a visual artist.

During his 2014 presidential inauguration, Ghani made the unusual move in Afghani politics and thanked his wife.

Addressing her with her Afghan name, Bibi Gul, he said: “I want to thank my partner, Bibi Gul, for supporting me and Afghanistan.

“She has always supported Afghan women and I hope she continues to do so.”

Ashraf Ghani attends Eid al-Adha prayers at the presidential palace, moments after the sounds of rocket explosions were heard, in Kabul