Where is Camp David and did Donald Trump invite the Taliban there? 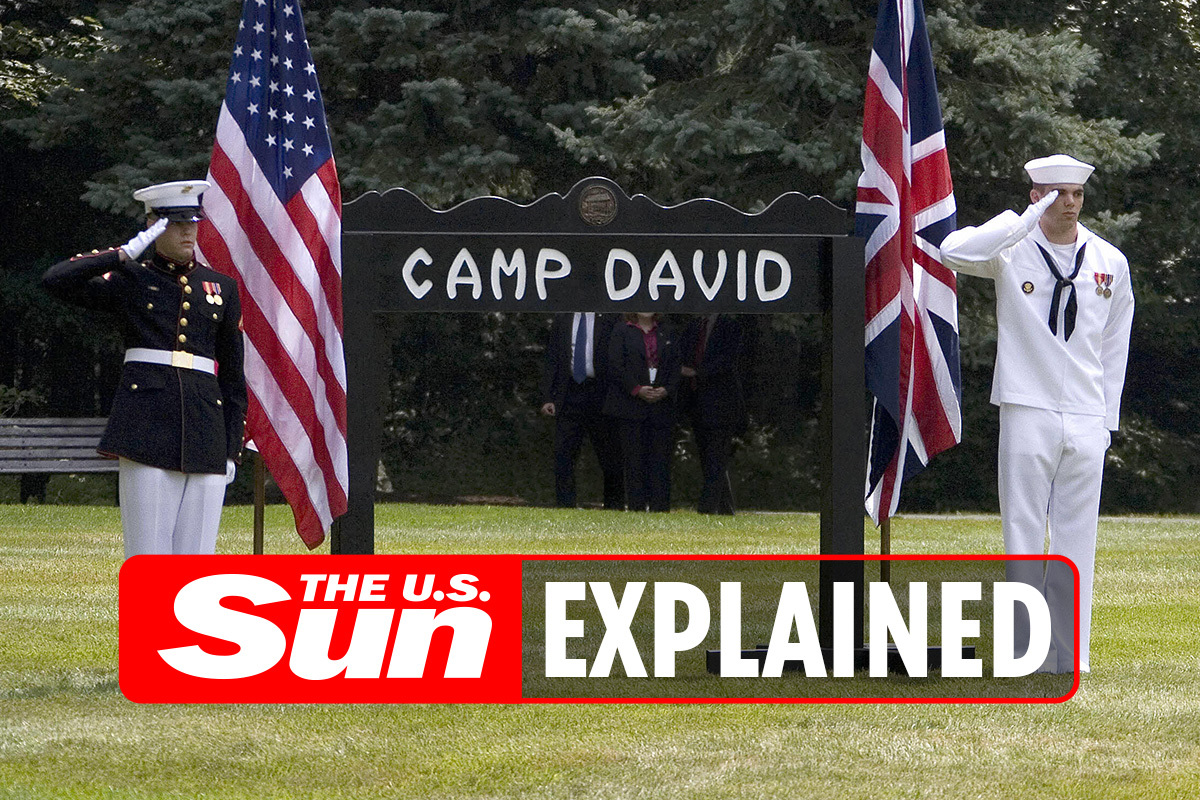 
JOE Biden is facing fury for “hiding out on vacation” at Camp David while the Taliban seize control of Afghanistan.

The president left for the retreat on Friday, August 13, and appears to be settling in for an extended weekend getaway – as horror unfolds following the withdrawal of US troops. But where is Camp David?

What is Camp David?

It’s the country retreat for the president of the US.

Staffing is provided by the Seabees, Civil Engineer Corps, the United States Navy and the Marine Corps.

It was originally known as Hi-Catoctin and was built as a camp for federal government agents and their families.

Work at the site began in 1935 and finished in 1938, before president Franklin Roosevelt converted it into a presidential retreat in 1942 – the year after America officially entered World War Two.

Where is Camp David?

Unsurprisingly, the government is a little coy about exactly where Camp David is.

It’s located in the wooded hills of the Catoctin Mountain Park in Frederick County, Maryland.

And we know it’s somewhere near the towns of Thurmont and Emmitsburg, around 62 miles north-northwest of Washington D.C.

However, officials haven’t revealed exactly where Camp David is on park marks.

It can, however, be seen on publicly-accessible satellite images.

How did Camp David get its name?

After President Roosevelt decided to transform the site into a presidential retreat, he initially named it Shangri-La.

It was previously known as Hi-Catoctin.

However, in 1953, President Dwight Eisenhower renamed it David in honour of his father and grandson, both of whom had that name.

Did Donald Trump invite the Taliban to Camp David?

Donald Trump and Joe Biden are currently battling each other over who, exactly, is to blame for the current situation in Afghanistan.

Trump accused the current president of “weakness, incompetence, and total strategic incoherence” – and called for him to “resign in disgrace”.

However, as the Taliban advanced to Kabul on Saturday, August 14, 2021, Biden said Trump is to blame – and accused him of hosting the fundamentalists at the retreat.

Biden said: “When I came to office, I inherited a deal cut by my predecessor – which he invited the Taliban to discuss at Camp David on the eve of 9/11 of 2019 – that left the Taliban in the strongest position militarily since 2001 and imposed a May 1, 2021 deadline on US Forces.”

Trump did, in fact, invite Taliban leaders and Afghanistan’s president to meet with him in the US in 2019.

However, he said he called the meeting off before they were scheduled to land.

The ex president announced in a series of tweets that he was forced to cancel the meeting, which would have taken place at Camp David, after “they” admitted to a deadly attack in Kabul.

And he said peace negotiations with the Taliban, which had been going on for months, were officially off the table.

In his tweet, Trump said they admitted to the attack “in order to build false leverage” in their negotiations.

He said: “I immediately cancelled the meeting and called off peace negotiations.

“What kind of people would kill so many in order to seemingly strengthen their bargaining position?”

Why is Joe Biden at Camp David?

Critics have blasted Biden for “hiding” as Afghanistan falls to fundamentalists.

The criticism comes as US troops fired shots in the air at Hama Karzai airport in Kabul to prevent hundreds of civilians running on to the tarmac after they took over air traffic control.

All commercial flights in the country have been suspended, with only military flights leaving the country as the UK, US and other western countries repatriate their citizens.

At least five people reportedly died at the airport. It’s not known if they were killed in the stampede.

Camp David has historically been used for both work and vacations.

“This is an embarrassment.”

Republican Conference Chairwoman Elise Stefanik wrote of Biden: “America is in crisis. And Joe Biden is on vacation.”

Biden sent out a statement on the afternoon of Saturday, August 14, on the unfolding crisis, although has not given a statement since.

He said: “I have been in close contact with my national security team to give them direction on how to protect our interests and values as we end our military mission in Afghanistan.”

The White House tweeted an image of Biden being briefed via video chat at Camp David on Sunday, August 15, 2021.

He also met with his national security team.

Biden and First Lady Jill will remain at Camp David until Wednesday, August 18, when their break will end.

State Department Spokesman says ‘this is not abandonment’ as Biden sends 3,000 troops to evacuate Afghan embassy amid Taliban takeover