When was Una Stubbs in EastEnders and who did she play? 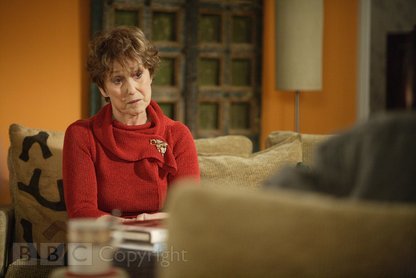 
ACTRESS Una Stubbs has sadly died at the age of 84.

The acting legend starred in TV shows like Worzel Gummidge, Till Death Us Do Part, Sherlock – but she was also known for EastEnders in a dazzling career spanning seven decades.

When was Una Stubbs in EastEnders?

Una played the character of Caroline Bishop in EastEnders.

During her short spell on the soap, she played the maternal aunt of Honey Mitchell.

She appeared in six episodes, beginning in July 2006.

Una’s lasts scene in EastEnders was in November that same year.

What else was Una Stubbs known for?

Una was also known for her role in the 80s game show Give Us a Clue.

She shot to fame in 1960s, appearing in films like Sir Cliff Richard’s Summer Holiday – and soon became one of the UK’s most loved actors.

Una became a fixture on the small screen in the 1960s when she played Rita in Till Death Us Do Part.

She also a favourite among young audiences as Aunt Sally in Worzel Gummidge.

When did Una pass away?

Her agent Rebecca Blond confirmed on August 12, 2021 that she died at her home in Edinburgh surrounded by her family.

Una Stubbs’ family said in a statement: “Mum passed away quietly today with her family around her, in Edinburgh.

“We ask for privacy and understanding at this most difficult and sad of times.”

The acting icon is said to have been ill for a few months.

Her agent added: “We are desperately sad to have lost not only a wonderful actress, whose screen and stage career, spanning over 50 years, was so extraordinarily varied, from Till Death Us Do Part to Sherlock, as well as memorable performances in the West End, at the Old Vic, Donmar Warehouse, Sheffield Crucible and National Theatre, but also a wickedly funny, elegant, stylish, graceful, gracious and kind and constant friend.

? Read our Una Stubbs blog for the latest updates

“She was also a highly respected and exhibited artist. We will miss her enormously and remember her always.”

Following the sad news, actress and friend Joanna Lumley wrote: “Devastated to hear about the passing of the brilliant Una Stubbs.

“My thoughts go out to her family & friends at this very sad time.”

Actress Una Stubbs has sadly died at the age of 84