What is Tropical Storm Fred’s path? 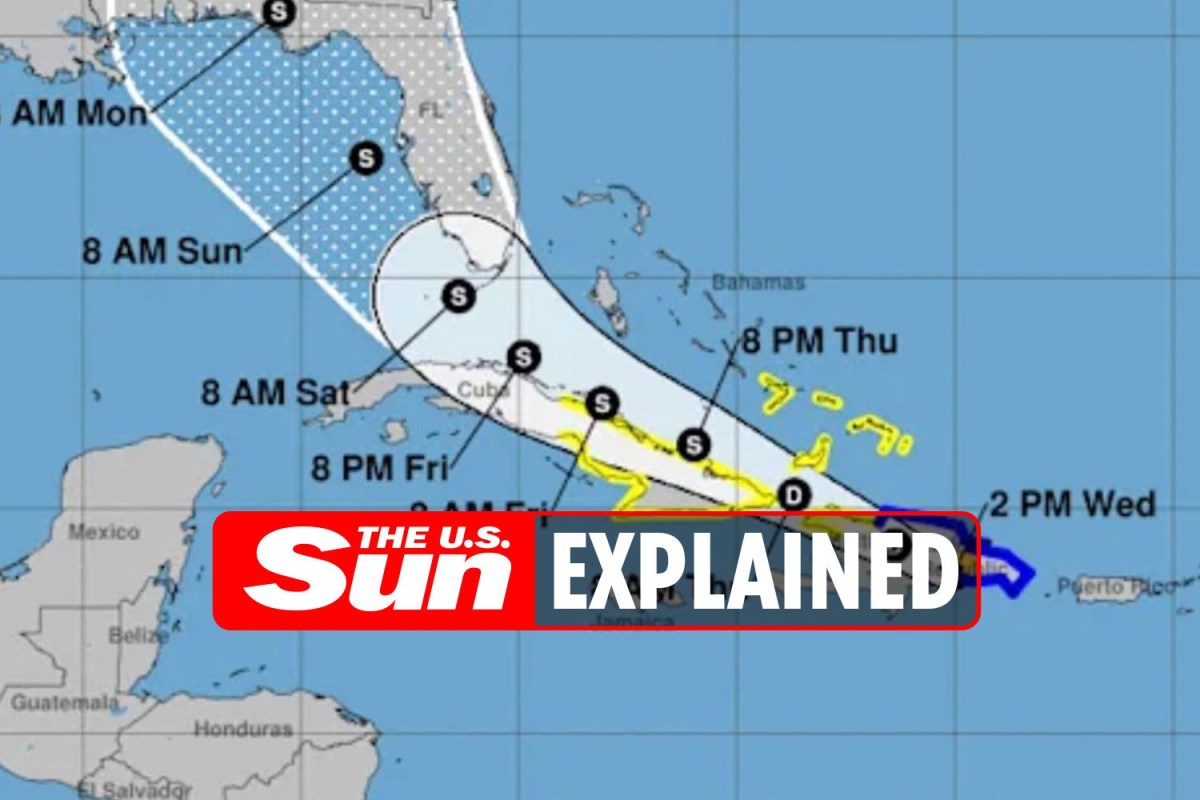 
TROPICAL Storm Fred has become the sixth storm of the 2021 Atlantic hurricane season.

While the tropical storm warning was lifted for the U.S. Virgin Islands and Puerto Rico, Tropical Storm Fred is making its way up to the states.

What is Tropical Strom Fred’s path?

The storm is expected to move through the Florida Keys on Saturday August 14. The ultimate destination is reported to be the Florida Panhandle.

The path is expected to be along or just north of Cuba’s northern coast on Friday, and move near the Florida Keys on Saturday, before reaching the west coast of Florida.

The hurricane center reported that three to seven inches of rain will be possible while some areas could get up to 10 inches, raising flooding concerns.

As Fred makes his way up the East Coast, AccuWeather reports that it will reach Georgia and Alabama by Tuesday, August 17.

What is a tropical storm?

A tropical storm, also referred to as a tropical cyclone, is a rapidly rotating storm system.

A tropical storm can be characterized by:

The sustained surface wind speed of a tropical storm ranges from 39 mph to 73 mph.

Is there another tropical storm behind Fred?

The National Hurricane Center reported that there are “high odds” that a tropical wave behind Fred will turn into a tropical storm.

As of August 13, the tropical wave is 850 miles east of the Lesser Antilles and has an 80% chance of either becoming a tropical depression or storm within the next two to five days.

While not much information is available on the tropical wave, it is moving through the Atlantic at 20 mph and is reported to have a similar path as Fred.

The wave is expected to reach the Leeward Islands Saturday night, the Virgin Islands on Sunday and Puerto Rico Sunday night.