What is happening in Afghanistan? 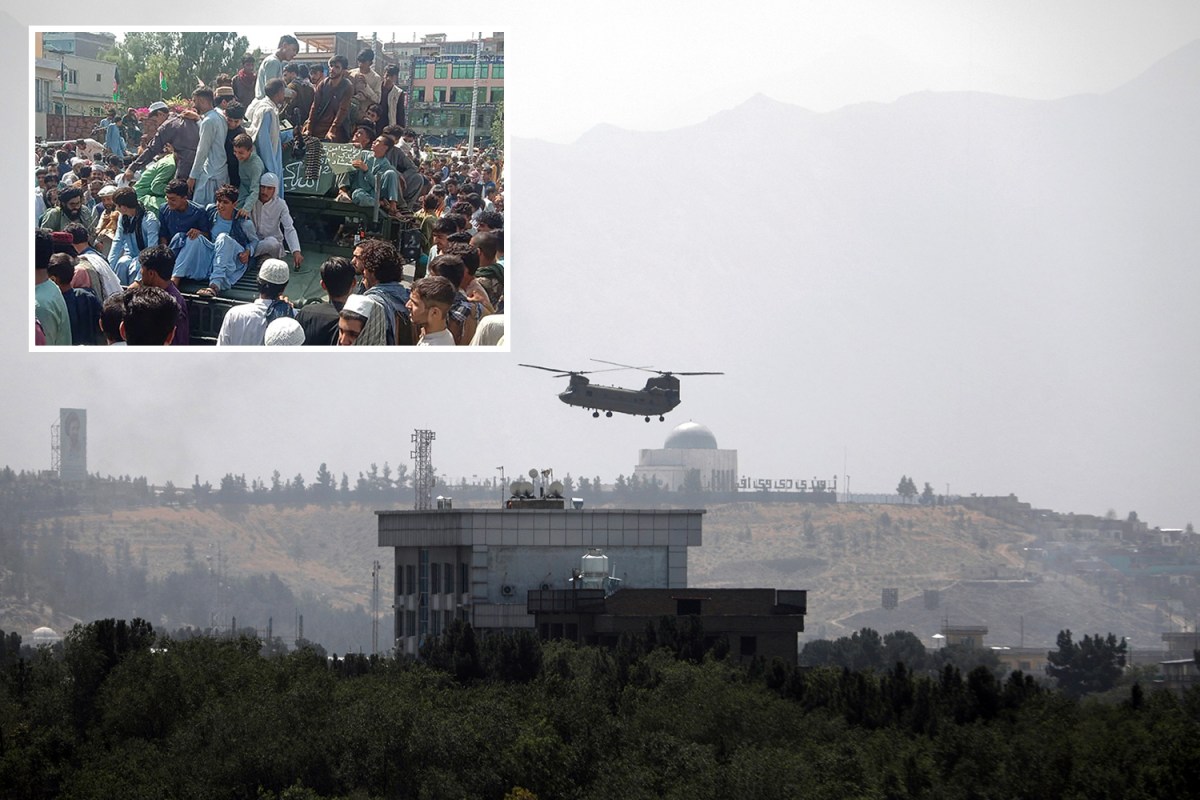 
EVIL Taliban jihadis have moved closer to taking full control of Afghanistan, with the capital Kabul now the only major city left in government hands.

As the body count climbs – including beheadings, hangings, and crucifixions – the terror group is expected to be in total control within weeks.

The Taliban are now in Kabul after capturing the rest of Afghanistan in a lightning advance.

The terrorists seized Bargram air base, which was the largest US military installation in the country, and released the 5000 prisoners held there.

Taliban officials are reportedly now in talks with the Afghan government to secure a peaceful transition of power.

Foreign diplomats have fled the country.

Why is there a war in Afghanistan?

America toppled the Taliban when it swept in to Afghanistan after the September 11 2001 attacks, which killed nearly 3,000 people in New York and Washington.

This was due to the Taliban providing a safe haven for Al-Qaeda to freely recruit, train, and deploy terrorists to other countries.

This included evil mass murderer Osama Bin Laden who was responsible for 9/11.

The Islamist militants refused to hand him over.

So, in October 2001, the US military, with international support, began a bombing campaign against Taliban militants.

The Taliban were routed from power by the American-led campaign after then US President George W. Bush vowed to “win the war against terrorism”.

Since then, America has “with our NATO Allies and partners, trained and equipped nearly 300,000 current serving members of the military — of the Afghan National Security Force,” says Mr Biden.

Cementing America’s decision to quit the country on July 8, 2021, he added: “Our military mission in Afghanistan will conclude on August 31st.

“The United States did what we went to do in Afghanistan: to get the terrorists who attacked us on 9/11 and to deliver justice to Osama Bin Laden.

“And to degrade the terrorist threat to keep Afghanistan from becoming a base from which attacks could be continued against the US.

“We achieved those objectives. That’s why we went.

“We did not go to Afghanistan to nation-build.

“And it’s the right and the responsibility of the Afghan people alone to decide their future and how they want to run their country.”

“We provided our Afghan partners with all the tools – let me emphasize: all the tools, training, and equipment of any modern military.

“We provided advanced weaponry. And we’re going to continue to provide funding and equipment. And we’ll ensure they have the capacity to maintain their air force.”

The reality is, however, that the Taliban have spent a decade taking control of large swaths of the countryside.

They were positioning themselves to rapidly seize key infrastructure and urban areas once Mr Biden announced the US withdrawal.

And the militants’ terrifying and rapid onslaught shows a disastrous collapse of Afghan forces after the US spent billions of dollars trying to establish a functioning state.

Mr Biden said in early August 2021 that he did not regret his decision, noting Washington has spent more than $1 trillion in America’s longest war and lost thousands of troops.

May 2021 – Peace talks in Qatar have failed to make significant progress – as militants seize more territory in Afghanistan, particularly in the north

July 1 2021 – Union Flag lowered in Afghanistan, ending 20 years of the UK’s military presence in the country

July 24 2021 – Interpreter Sohail Pardis, who received death threats for helping US troops in Afghanistan has ben beheaded by the Taliban

August 15 2021 – The Taliban took control of Jalalabad. It means they now control all roads to neighbouring Pakistan. Correspondents in the capital say there are queues at the airport with people trying to flee, and some shops and government offices have been evacuated.