What does Taliban mean in English? 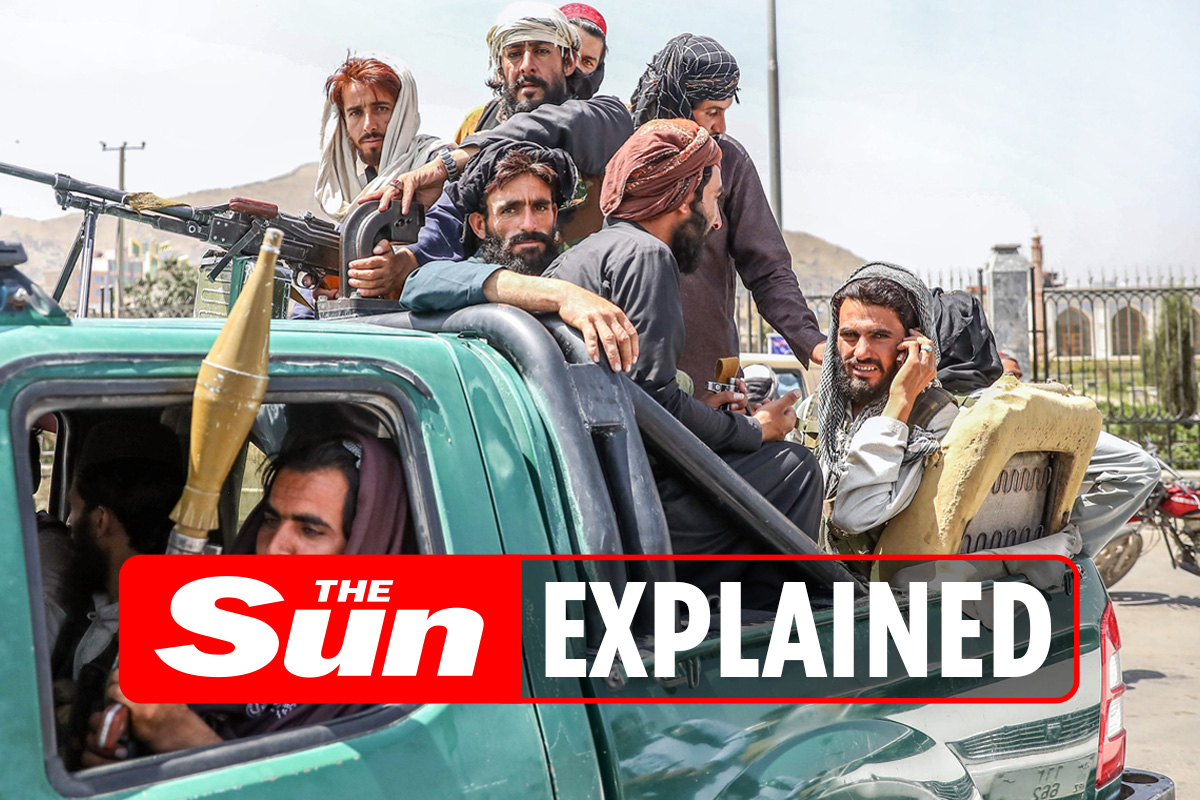 
THE TALIBAN has regained control over Afghanistan after 20 years of US presence keeping the hardline Islamist group at bay.

Here’s what we know about them.

What does Taliban mean in English?

Taliban is a Pashto word loaned from Arabic meaning “students”, the plural of talib.

The Oxford Reference states it literally translates as “students, seekers of knowledge”.

It is known as a fundamentalist Islamic movement.

As the group emerged in 1994 as one of the prominent factions in the Afghan Civil War, it largely consisted of students from the Pashtun areas of eastern and southern Afghanistan who had been educated in traditional Islamic schools, and fought during the Soviet–Afghan War.

When was the Taliban formed?

The Taliban was founded by Mohammad Omar in 1994.

It gained control of Afghanistan from 1996 until US troops ousted it from power.

The fundamentalist Islamic group emerged from the resistance to the Soviet occupation of Afghanistan, the Mujahideen, between 1979-89.

The Mujahideen, which was backed, armed and trained by the CIA and Pakistan’s military intelligence, became the Taliban.

The fundamentalist group wishes to restore Sharia to Afghanistan and those unable to leave the country will have to adapt to a way of life they have not seen in two decades.

When they last ruled, women could not work, girls were not allowed to attend school and women had to cover their face and be accompanied by a male relative if they wanted to venture out of their homes. Music, TV and cinema were banned.

The group has said it will end mixed-gender education and return Islamic law to a central place in society.

Who are the Taliban?

The chief of the Taliban is “Leader of the Faithful”, the Islamic legal scholar Haibatullah Akhundzada, 60, who took over when his predecessor, Akhtar Mansour, was killed in a US drone strike near the Afghan-Pakistan border in 2016.

During the 1980s, Akhunzada fought the Soviets and their local auxiliaries near his home with brigades of young religious students and clerics which later formed the nucleus of the Taliban.

He also studied in religious schools in Afghanistan and neighbouring Pakistan, was the primary religious “adviser” of Taliban founder Mullah Omar, and eventually reached the status of sheikh ul-hadith as an outstanding scholar.

Baradar was one of the co-founders of the Taliban.

He now heads the political office of the Taliban.

He was captured in 2010 by security forces in the southern Pakistani city of Karachi and released in 2018.

Haqqani is the son of prominent mujahideen commander Jalaluddin Haqqani.

Sirajuddin leads the Haqqani network, a loosely organised group that oversees the Taliban’s financial and military assets across the Pakistan-Afghanistan border.

And Yaqoob, who oversees the group’s military operations, is the son of Taliban founder Omar.