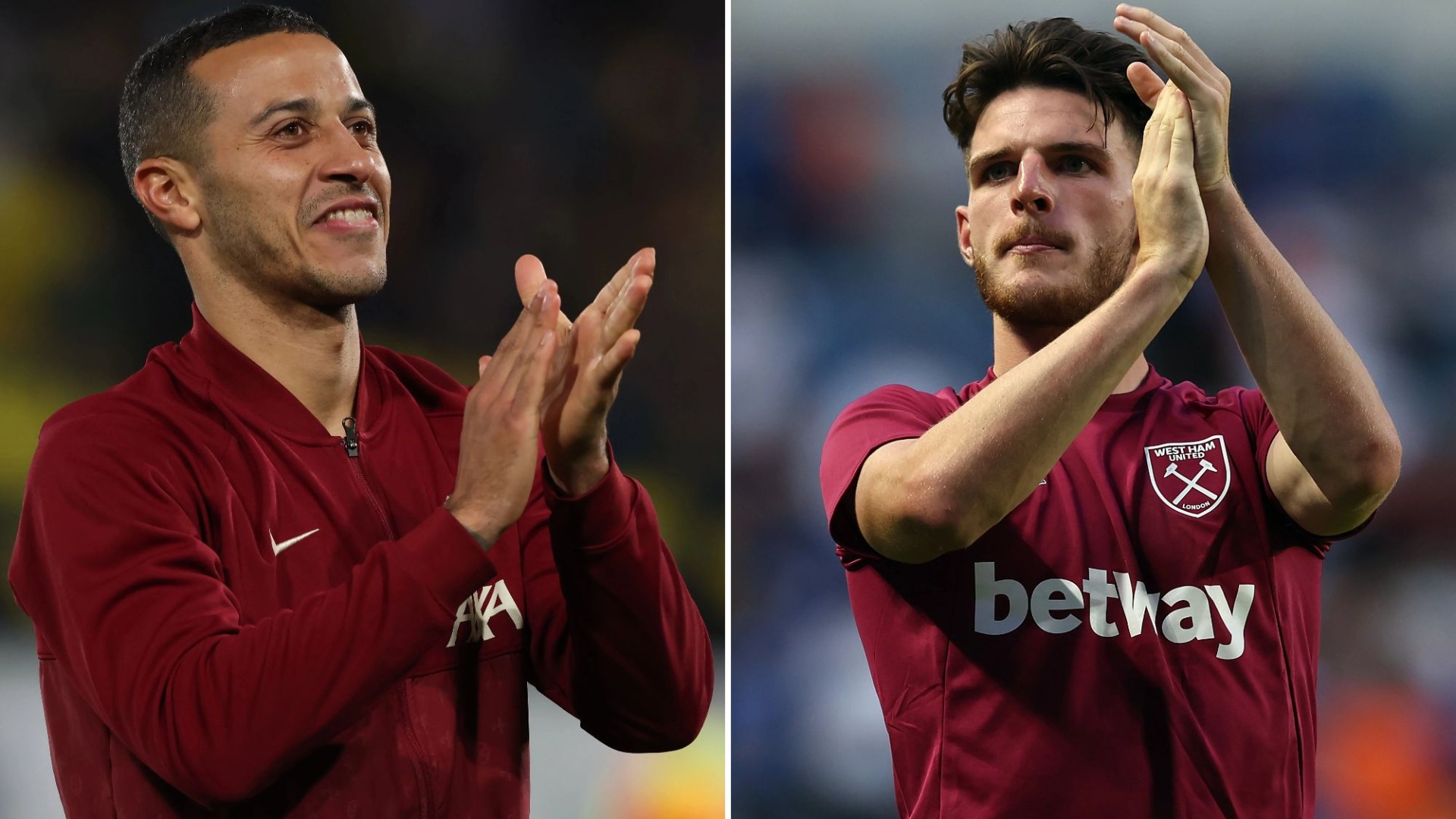 
DECLAN RICE has named Liverpool midfielder Thiago Alcantara as one of the most difficult players he’s ever come up against.

The 23-year-old has been well-regarded as one of the Premier League’s top talents since making his West Ham debut in 2017.

He’s gone on to accumulate over 190 appearances for The Hammers over the last five years, and during that time he’s faced some of Europe’s most promising players.

But, he recently admitted that Liverpool star Thiago is one of the most tricky players to take on.

While appearing on the Tubes and Ange Golf Life YouTube channel, Rice said: “I played against Thiago for Liverpool last season.

“He’s just so silky. He just plays the game at his own pace. He was proper.”

Thiago endured a slow start when he arrived at Anfield in 2020 which made him the subject of heavy criticism.

But, last season he proved to be one of Liverpool’s strongest assets, playing a crucial role in helping the club to League Cup and FA Cup glory.

Speaking about the Frenchman, he added: “This one will surprise you. He gets slammed and hammered a little bit.

“It’s going to take you back, but Ndombele, who was with Spurs.

“The perception of him, it shouldn’t be what it is because I tell you now, he is one of the toughest I have played against. He is top.

“Just a street footballer on the pitch. He takes the ball anywhere, little flicks and tricks.”