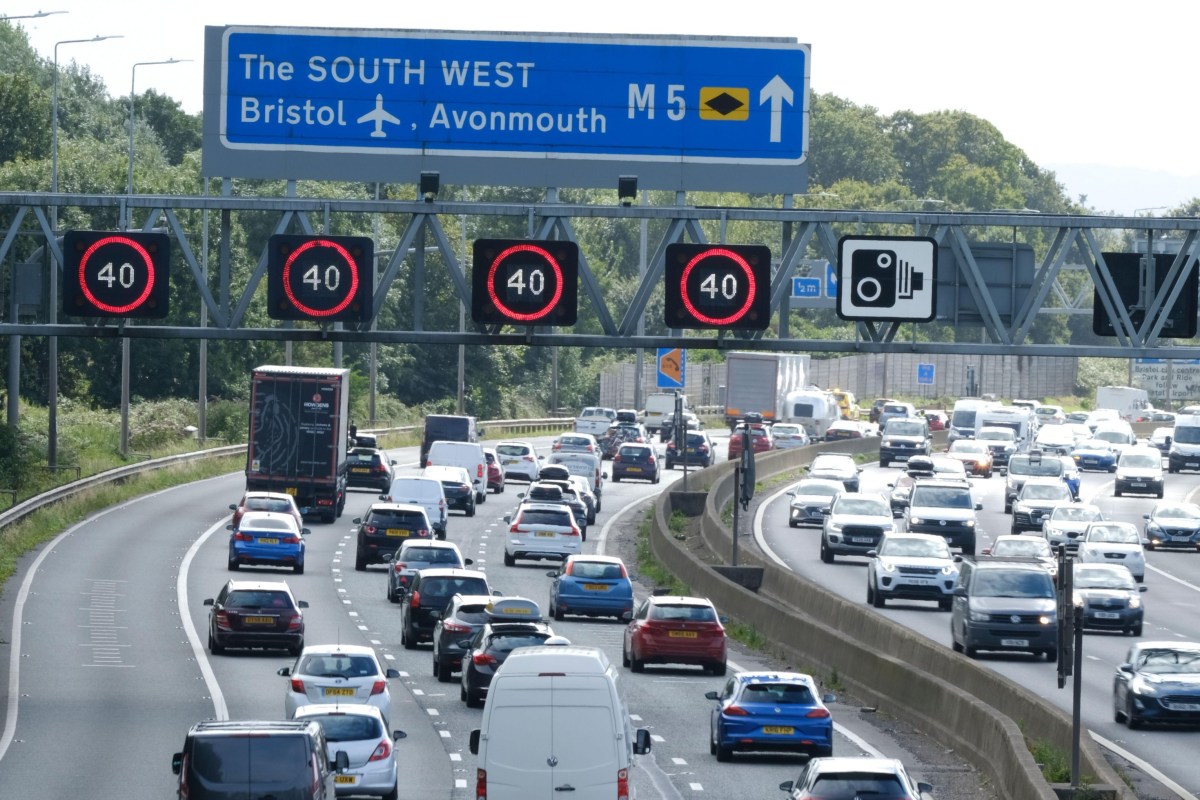 
WEEKEND travel chaos is already underway as thousands of Brits head for the coast.

Extremely heavy levels of traffic have sparked jams heading into Devon and Cornwall this afternoon.

Managed motorway restrictions are in place on the M5 due to the sheer volume of cars heading south.

Traffic is stuck at 40mph – and crawling even slower in some areas.

Vehicles on the M25 were also bumper to bumper today, while drivers are facing up to 70-minute delays on the Dartford Crossing approach.

Congestion has also built on the A2 as a result, KentLive reports.

Many are likely travelling for a UK getaway amid the uncertainty surrounding foreign travel.

Covid restrictions are still halting holidays abroad – despite more countries being added to the Government’s green list of safe destinations.

It means crowds of Brits are opting for trips to hotspots in Devon and Cornwall instead.

Others are whisking the kids away for a summer break before they head back to school next month.

Despite temperatures creeping up in the past few days – and some areas getting so scorching that sand dunes have caught fire – it is unlikely to last.

In a major blow for Brits hoping for sunshine, forecasters have warned the best of summer may already be over.

The Met Office has said the hotly-anticipated 30C August heatwave may never arrive.

Spokesman Graham Madge said: “August has essentially been a case of mixed fortune with some areas seeing drier weather than usual, while others have virtually had a whole month of rainfall in just 10 days.

“Do not expect to see heatwave conditions, but dry, sunny spells for many.”

The mercury will hover in the high teens and low 20s on Saturday, with top temperatures in eastern England where it could reach 24C.

There will be some “patchy drizzle” and “gloomy and damp weather” across Wales in the afternoon, which will then push into parts of northwest England.

Sunday will be a little cooler with cloud and rain expected, but things will dry up come Monday.