We bought £1.8m mansion with lotto win as we battle in court to keep cash 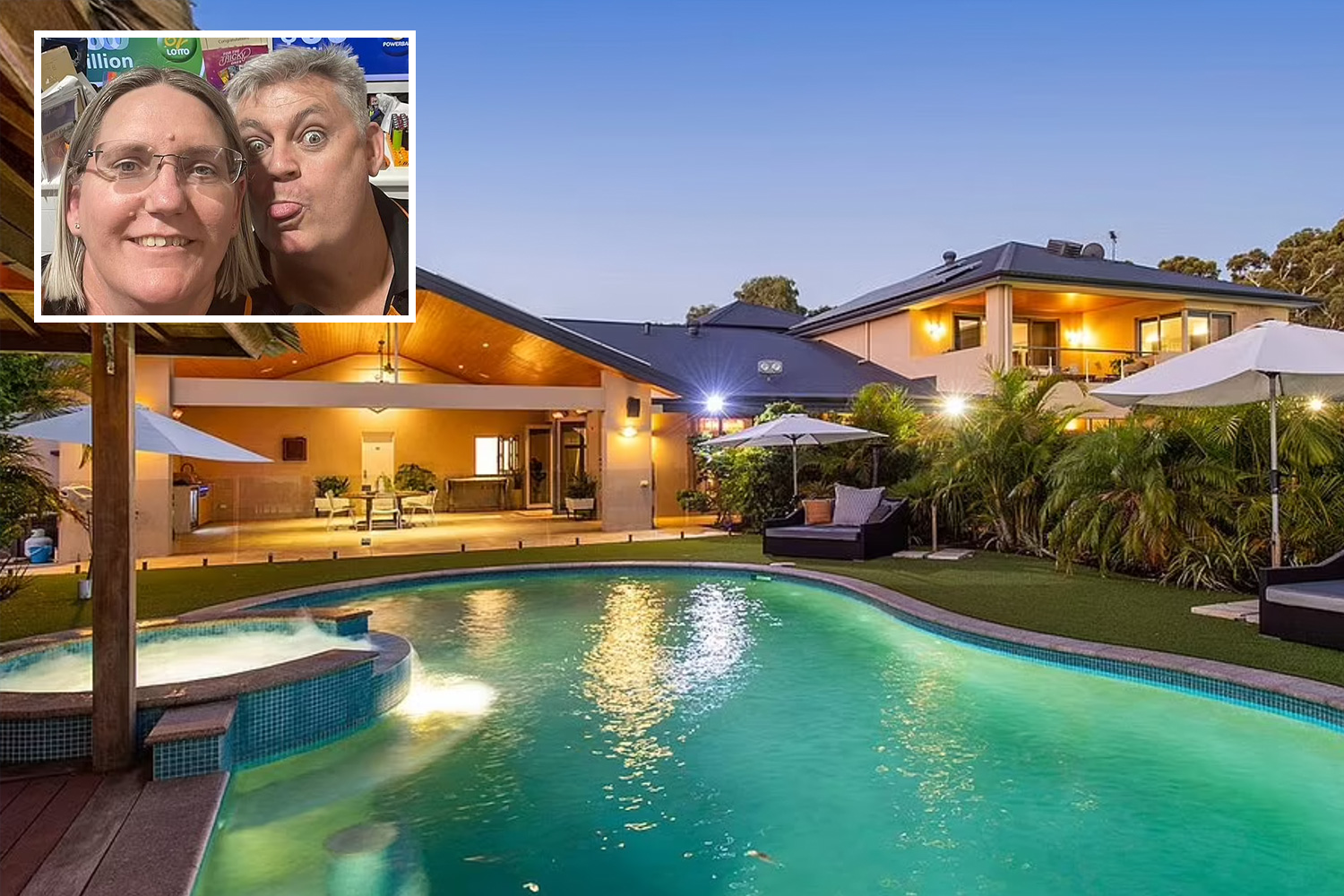 
A COUPLE who won $536,000 in a Powerball syndicate have sold their business and splashed their winnings on a sprawling $3.2 million home with a football field in the backyard.

Tania and Kevin Parkes, who own two newsagencies in Western Australia, entered the #2 Syndicate competition along with 248 others – and were ecstatic when the syndicate won half the $120 million Powerball jackpot on February 24.

But their fairytale win was spoiled when former government worker, Mark Ing claimed he was part of the winning jackpot.

The Parkes insist that is not true and have since taken him to court.

The winning couple announced they sold their businesses and bought their ‘dream home’ in the southern suburbs of Perth with their winnings on their joint Facebook profile on Monday.

“Well today this dream home is officially ours. This will be our new dream home in Banjup, Perth, where we will retire in January next year,” they wrote.

“We have sold the shop to a beautiful local family and we will train them up over the next seven months for when they take over in January.”

Outside, the property boasts a football field, a lit basketball court, a “Bali-style” pool, a horses stables, and enough parking for 23 cars.

Mr and Mrs Parkes intend for their daughter Chloe to live in the palatial home until they officially hand the businesses over to new owners in January.

However, their retirement dreams could be upended by Mr Ing – who turned up at a Lotterywest office in March claiming he was part of the winning syndicate.

Everybody in the syndicate was asked to provide proof of their ticket to get their winnings, but when Mark Ing arrived, the couple had no record of him taking part.

He insisted he had a ticket for the draw and tried to claim his share.

But the Parkes – who run multiple syndicates for different Lotto prize pools – said he had bought a ticket in another syndicate and was not entitled to the cash.

They claimed to have asked Mr Ing to tell Lotterywest of the findings, but he maintained his claim on the winnings and refused to speak with them.

On March 11, Lotterywest paid the winnings to all #2 Syndicate subscribers but did not include Mr Ing.

However, on April 14 – even though there was a formal dispute over the winnings – officials told the couple they intended to pay Mr Ing.

The payout has since been blocked by the Supreme Court.

The Parkes have filed legal proceedings against both Mr Ing and Lotterywest – claiming Mr Ing made “untrue” representations to the company.