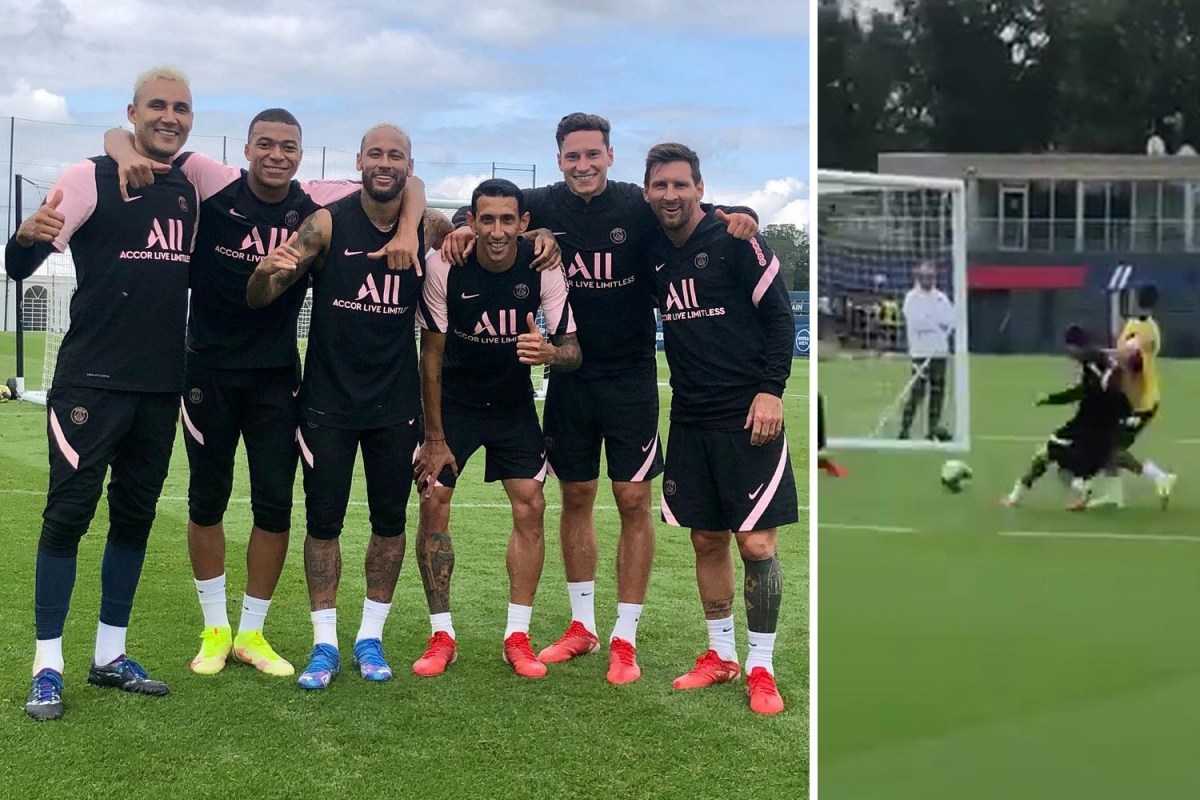 
LIONEL MESSI was filmed leaving his Paris Saint-Germain teammates for dead in a training match dubbed the ‘most unfair of all time’.

The legendary forward took part in only his fourth session on Tuesday following a stunning free transfer from Barcelona.

But despite his heartbreaking exit, which followed a victorious Copa America campaign with Argentina, Messi looked to be in tip-top action on the training field.

Mauricio Pochettino divided his PSG squad into teams of six for a mini-match.

And Messi was seen showing off his usual silky dribbles, footwork and finishing in footage posted on PSG’s Twitter page.

However, French fans will have to wait until the end of the month to see Messi in action.

It’s reckon the ace will make his debut on August 29 against Reims.

PSG are eager for Messi to be in tip-top condition before fielding him.

And the superstar will continue building up his fitness behind the scenes.

The savvy purchases allowed them to spent £60million on Inter Milan defender Achraf Hakimi too.