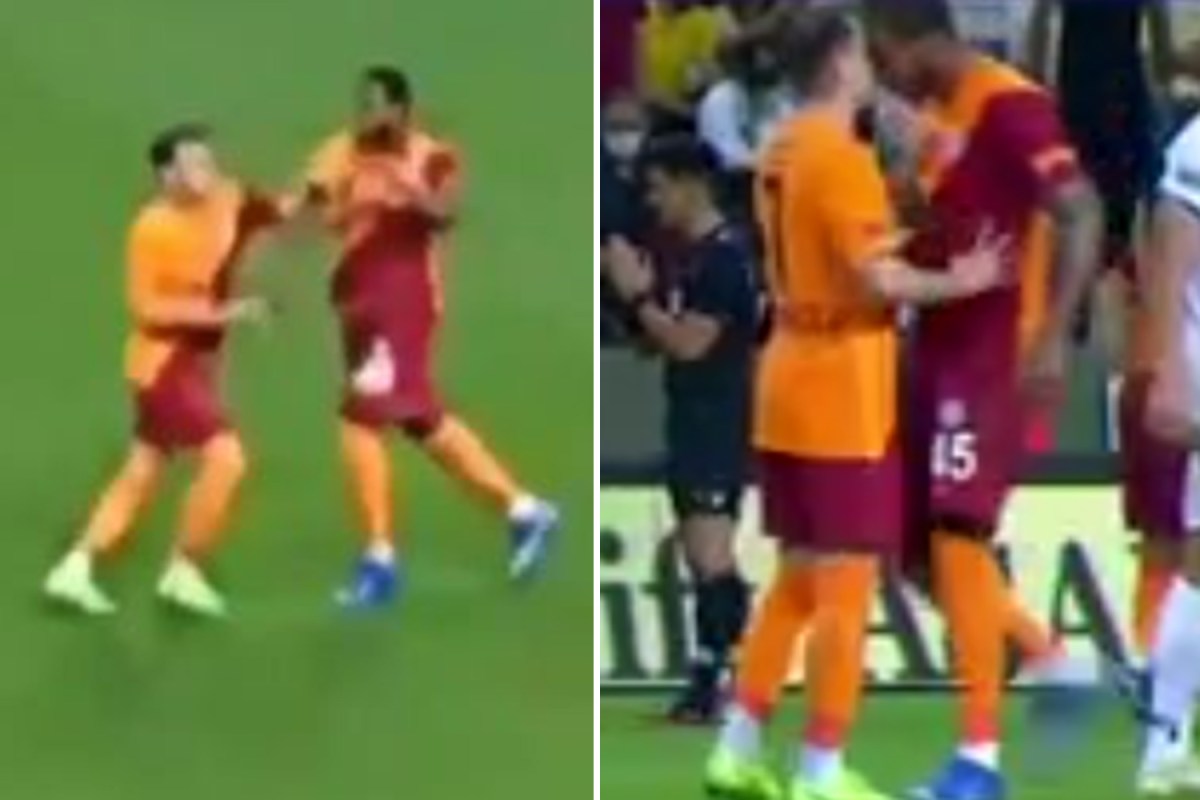 
GALATASARAY star Marcao faces a ten-game ban after fighting with his own TEAM-MATE in their 2-0 win against Giresunspor.

The Brazilian defender headbutted winger Kerem Akturkoglu and then started throwing punches at him in a remarkable brawl.

The incident occurred in the 61st minute of Galatasaray’s Turkish Super Lig game against Giresunspor.

The visitors had already established a 2-0 lead thanks to goals from ex-West Brom ace Mbaye Diagne and midfielder Alexandru Cicaldau.

Akturkoglu, 22, and Marcao, 25, appeared to get into a disagreement, with the latter flinging an astonishing headbutt at his team-mate.

Marcao then thought he was fighting for the heavyweight title as he unleashed a brutal right hook, left hook combo.

Akturkoglu pushed his colleague away after the second punch landed before several Galatasaray players stepped in to stop the scrap.

Marcao was unsurprisingly sent off – after a VAR review – but Akturkoglu evaded punishment for his role in the incident.

Galatasaray went on to win the game, despite being down to ten men, and Marcao now faces a lengthy suspension for his actions.

The Turkish FA are believed to have deemed the incident an ‘assault’ – which will see the player banned for between five and ten games.

Marcao joined Galatasaray in January 2019 after previously starring in his native Brazil and at Portuguese sides Rio Ave and Chaves.

The incident is reminiscent of the famous Premier League scrap between Newcastle stars Lee Bowyer and Kieron Dyer in April 2005.

Speaking to the press after the match, Galatasaray manager Fatih Terim said: “The club will do what is necessary in their own way.

“Marcao will apologise to Kerem and the rest of the team for his behaviour.”