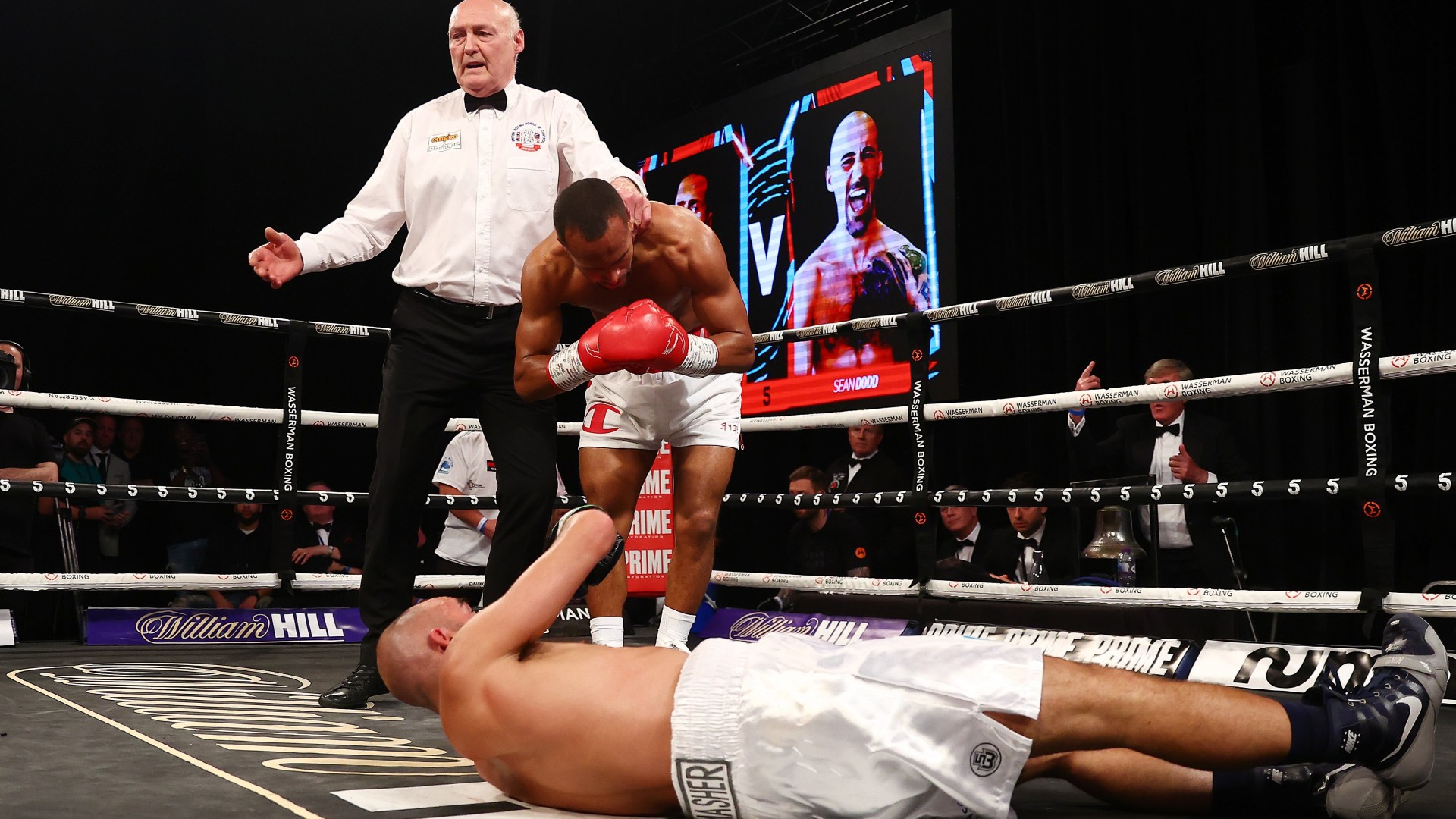 
HARLEM EUBANK, cousin of Chris Eubank Jr, produced a sensational one-punch knockout before bowing over his opponent on Friday night.

The 28-year-old super-lightweight stole the show in London with a vicious finish on the undercard of Denzel Bentley’s British title win over Linus Udofia.

Harlem was taking on British level veteran Sean Dodd in a 10-round contest but needed less than six minutes to dispatch his opponent.

As the second round drew to a close, Harlem timed a left hook to perfection as Dodd hit the canvas.

And as Eubank made his way to the neutral corner prior to the referee’s count, he confidently bowed to signal his belief that the fight was over.

Sure enough, Dodd failed to beat the count and the bout was waved off.

Harlem is now 14-0 as a professional and is beginning to make a name for himself in the 140-pound division.

Reacting to the dominant display, one fan said: “Boom! Get Eubank headlining your next date and do it in Brighton. Going straight to the top. 🥊”

Another added: “Time for Harlem to get some prime time TV slots.”

LATEST IN SUN BINGO AND VEGAS

The Kazakh was due to face Canelo Alvarez in September but that fight is now in doubt following the Mexican’s loss to Dmitry Bivol.

Eubank’s promoter Kalle Sauerland has talked up the possibility of the Brit facing Golovkin.

But the 40-year-old middleweight champion did not seem interested when he was asked about the fight back in February.

He said: “I have stopped paying attention to people calling me out.

“It’s the same thing. People claim things, they say that they have certain arrangements.

“It just looks cheap. It’s not worth my attention at all.”

Eubank Jr, who is yet to win a world title, has lost to Billy Joe Saunders and George Groves in the past.

His best victories have come against James DeGale in 2019 and Liam Williams earlier this year.