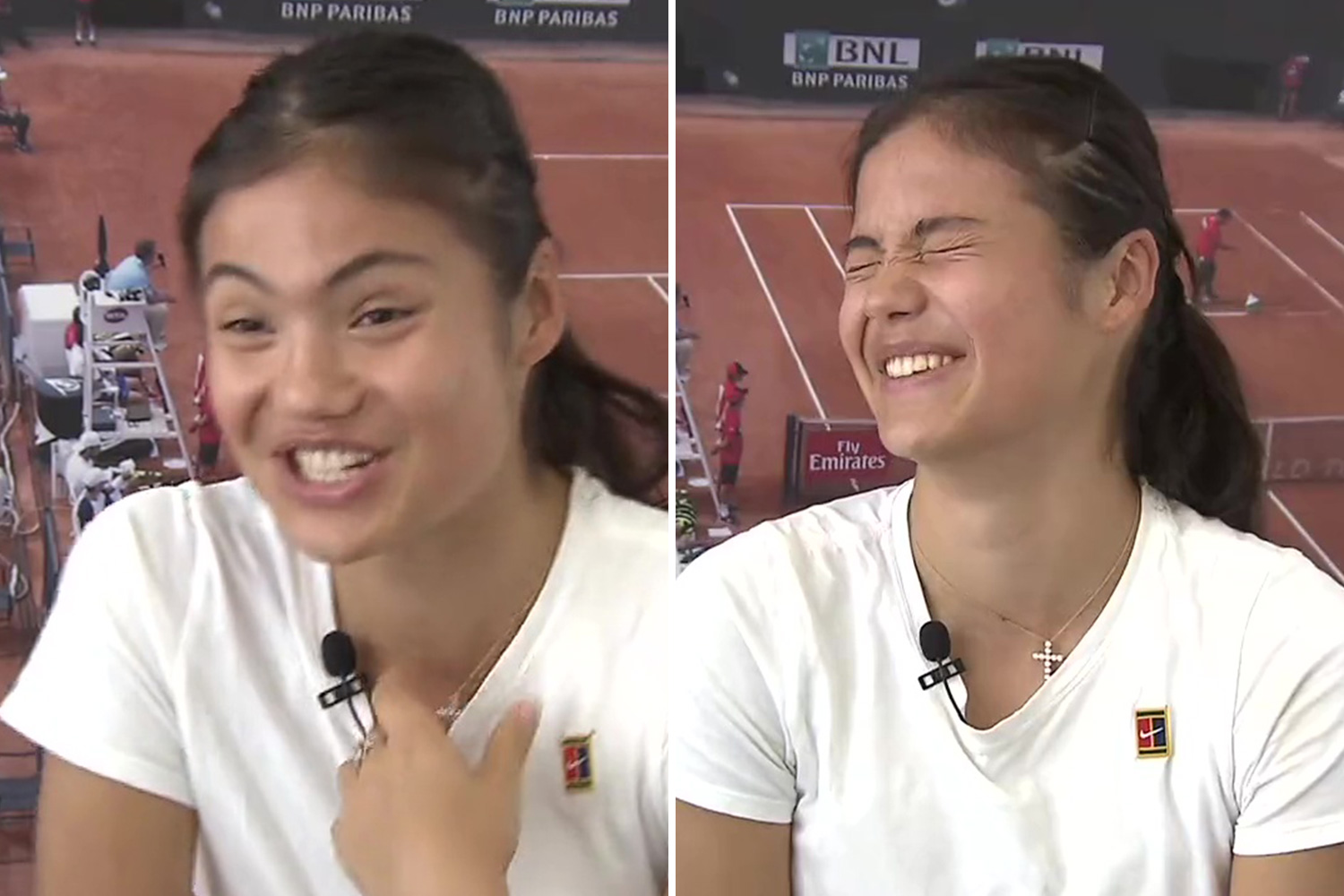 
EMMA RADUCANU was in stitches after accidentally swearing in Italian during a TV interview.

The British star is currently in Rome competing in the Italian Open.

Ahead of her opening match this afternoon against fellow former US Open winner Bianca Andreescu, Raducanu performed her local media duties.

For a feature, the 19-year-old was asked if she had managed to learn any Italian during her stay in the country.

The interviewer, initially shocked, began laughing – as Raducanu had accidentally said a phrase that translates to “what the f***?” in English.

Seeing the reaction, Raducanu asked: “Is that a bad word?”

The interviewer replied: “A little bit.”

To which Raducanu claimed: “My friend taught me that word. Cut that one. What does it mean?”

The interviewer said kindly: “I’ll tell you later… at the end of the interview.”

After her initial shock wore off, Raducanu couldn’t help but laugh, adding: “Really? Have I just sworn on camera?”

She did manage to muster some more Italian, saying: “Oh my god, erm… Bongiorno! I can’t believe I just fully swore on camera!”

The amusing exchange concluded with the interviewer cheekily saying: “Bongiorno is better! But the other one can be useful.”

Raducanu takes on Andreescu later today, with both players looking to build some momentum.

The world No12 grabbed wins over Tereza Martincova and Marta Kostyuk before losing to the impressive Anhelina Kalinina last week in Madrid.