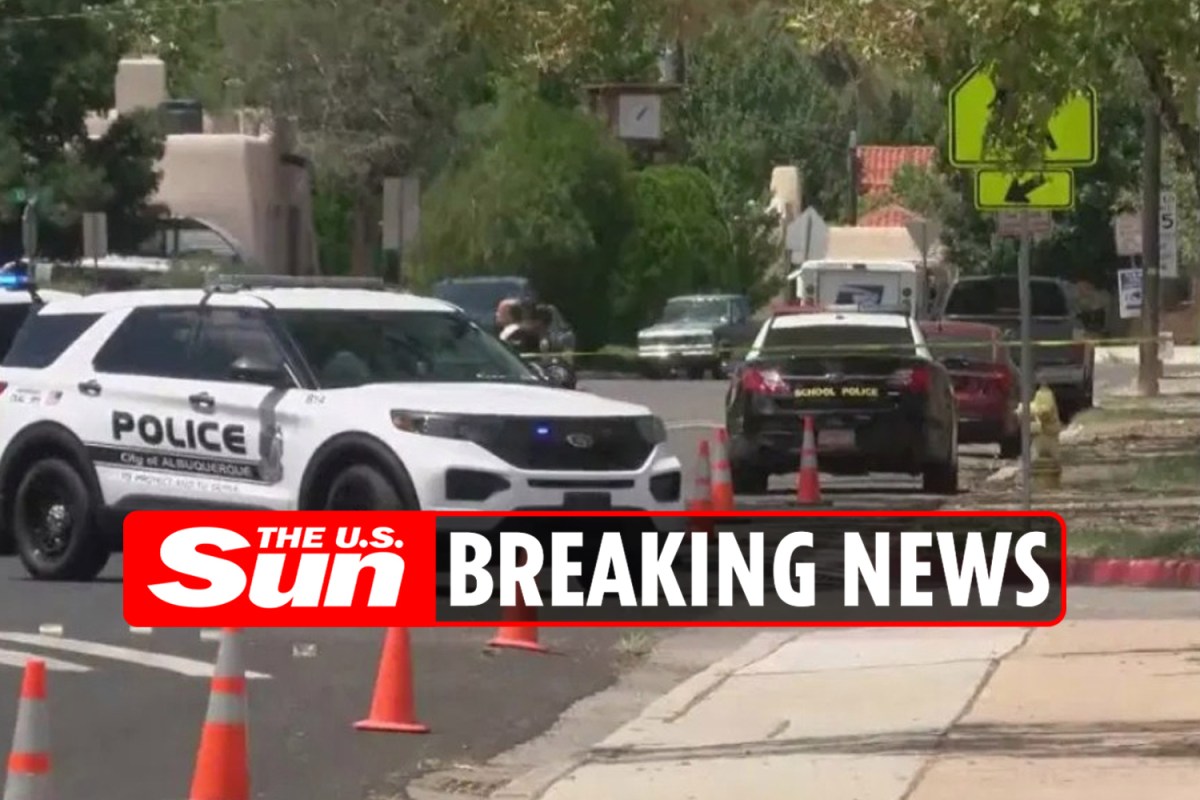 
A STUDENT has been shot dead and a teen shooter is in custody after a lunchtime gun attack at an Albuquerque middle school, police said Friday.

The male victim, 13, was gunned down in an argument with the shooter, who is also 13, the Albuquerque Police Department said.

Cops rushed to Washington Middle School at 12:45pm after reports of a shooting during the lunch recess.

The victim – who has not been named – was rushed to hospital where he died from his injuries.

The downtown school was placed on lockdown as cops flooded the scene.

Police confirmed on Friday afternoon that the suspected shooter, whose name has not been released, was arrested and remains in custody.

Photos posted on social media show the teen suspect being handcuffed and taken into a police car.

A neighbor in the area told a KOB4 reporter that he heard “about six gunshots happen.”

He added that 10 minutes later, there were cops on the scene.

“I’m worried about our kids’ mentality after this, are they going to feel safe going to school?” one parent told the reporter.

“I don’t know, I know my daughter’s really distraught.”

Parents were at the school picking up their kids following the shooting. .

Today was just the third day of school for students following the summer holidays.