US ‘will get hit like 9/11 again,’ expert warns claiming Biden only cares about Capitol rioters – not terrorists 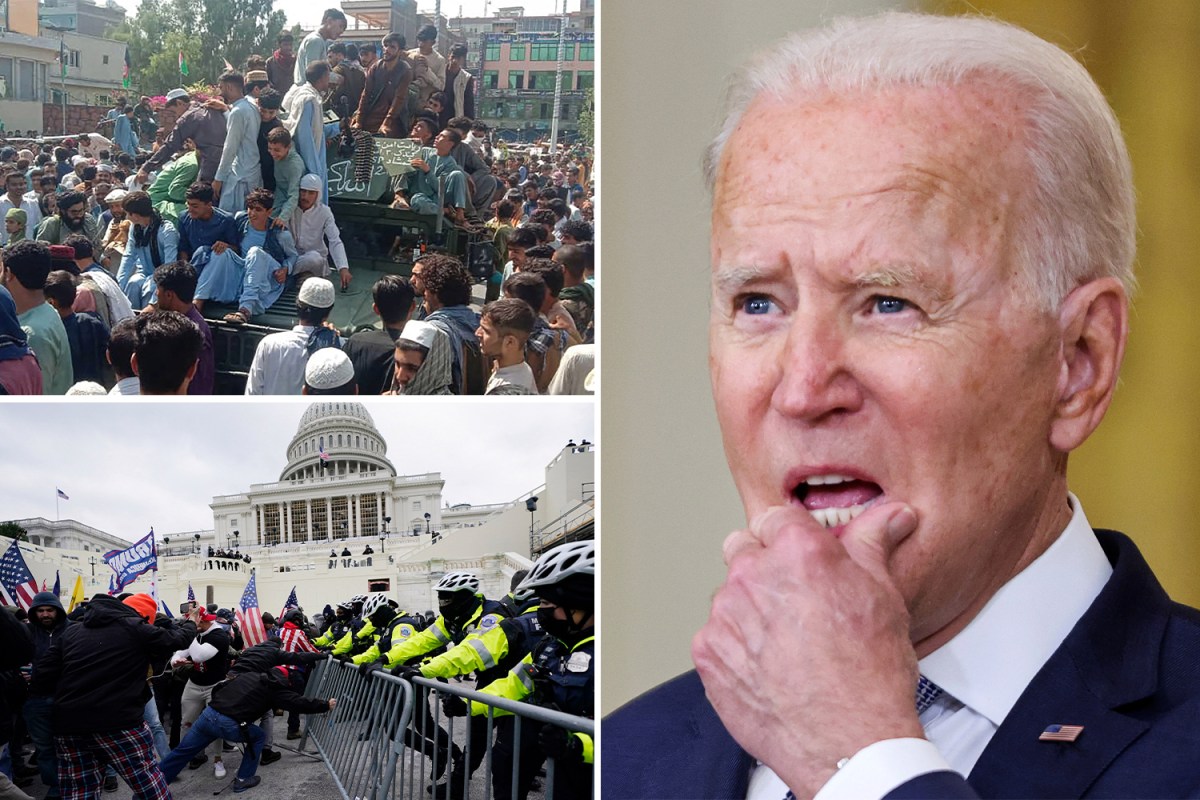 
THE US “will get hit like 9/11 again,” experts have warned, as critics claim President Joe Biden only cares about Capitol rioters – not terrorists.

“The TSA didn’t learn from what happened before,” said former FAA Special Agent Brian Sullivan, telling The New York Post security failures exposed by the agency have opened the door to another attack.

Former special agent Sullivan, along with ex-FAA and TSA Red Team leader Bogdan Dzakovic, revealed he would pose as a potential terrorist with fake guns and bombs to test security at US airports, and claimed they would often get waved through.

The agents pointed to leaked data from TSA in 2015 and 2017 showing that their “Red Team” of undercover agents successfully smuggled weapons, explosives, and banned objects on 95 percent of their trips.

Now the agents are warning that another 9/11-style attack is possible, as the Department of Homeland Security stating on Friday that the 9/11 20th anniversary could encourage extremist violence.

Dzakovic, who testified before Congress after the September 11 terror attack about his work, believes a similar event could happen again.

“It’s just a matter of time until we get hit again just like we did on 9/11,” Dzakovic warned.

“We don’t do jacks*** until someone gets killed. And the White House only cares about white supremacists now. It’s ludicrous.”

Despite the warning, one current high-ranking TSA official said the decline in air travel due to the Covid pandemic allowed agents to spend extra time checking bags and patting down passengers and led to an increase in weapons being found and confiscated.

“We lost half our passengers, but as a result, everything slowed down, and more checks were done,” the official, who asked not to be identified, told The Post.

“The firearm detection rate went up 200 percent last year. What that meant was we were sacrificing speed for security up until then. The weapons were there, we just were rushing people through and not finding them.”

In July 2019, TSA data shows 5.1 guns were seized per every million people searched, a number which jumped to 15.3 guns seized per million people, in July 2020 – while at the same time, the number of passengers dropped 75 percent.

The official added that those found carrying guns often are treated leniently.

On Sunday, Republican Senator Lindsey Graham told Newsweek Biden “is oblivious to Taliban terror threats” against the US ahead of the 9/11 anniversary.

“It’s only a matter of time until al-Qaeda re-emerges in Afghanistan and presents a threat to the American homeland and western world,” Graham told the outlet.

The Republican said jihadists around the world will be celebrating what’s happening in Afghanistan.

The Republican branded the decision to withdraw all remaining troops weeks before the 9/11 anniversary a “disaster”.

He said: “The decision by President Biden to fully withdraw is a calamity for the people of Afghanistan – a disaster for the American people and shows a lack of understanding as to the threats that still emanate from the War on Terror.”

Graham warned the president not to recognize the incoming Taliban government.

He branded the insurgents “medieval thugs” amid fears that a new government could mean a repressive regime for women and girls.

In fact, Twitter users branded the president “incompetent” after he appeared to “out CIA agents” during a conference call about the situation in Afghanistan.

The White House uploaded a photo to Twitter on Sunday showing Biden addressing intelligence officials from the situation room.

Social media users quickly pointed out that officers’ faces appeared to be showing on the call.

Vice president Kamala Harris and officials from the CIA and Doha Station were all on the call, Meaww reports.