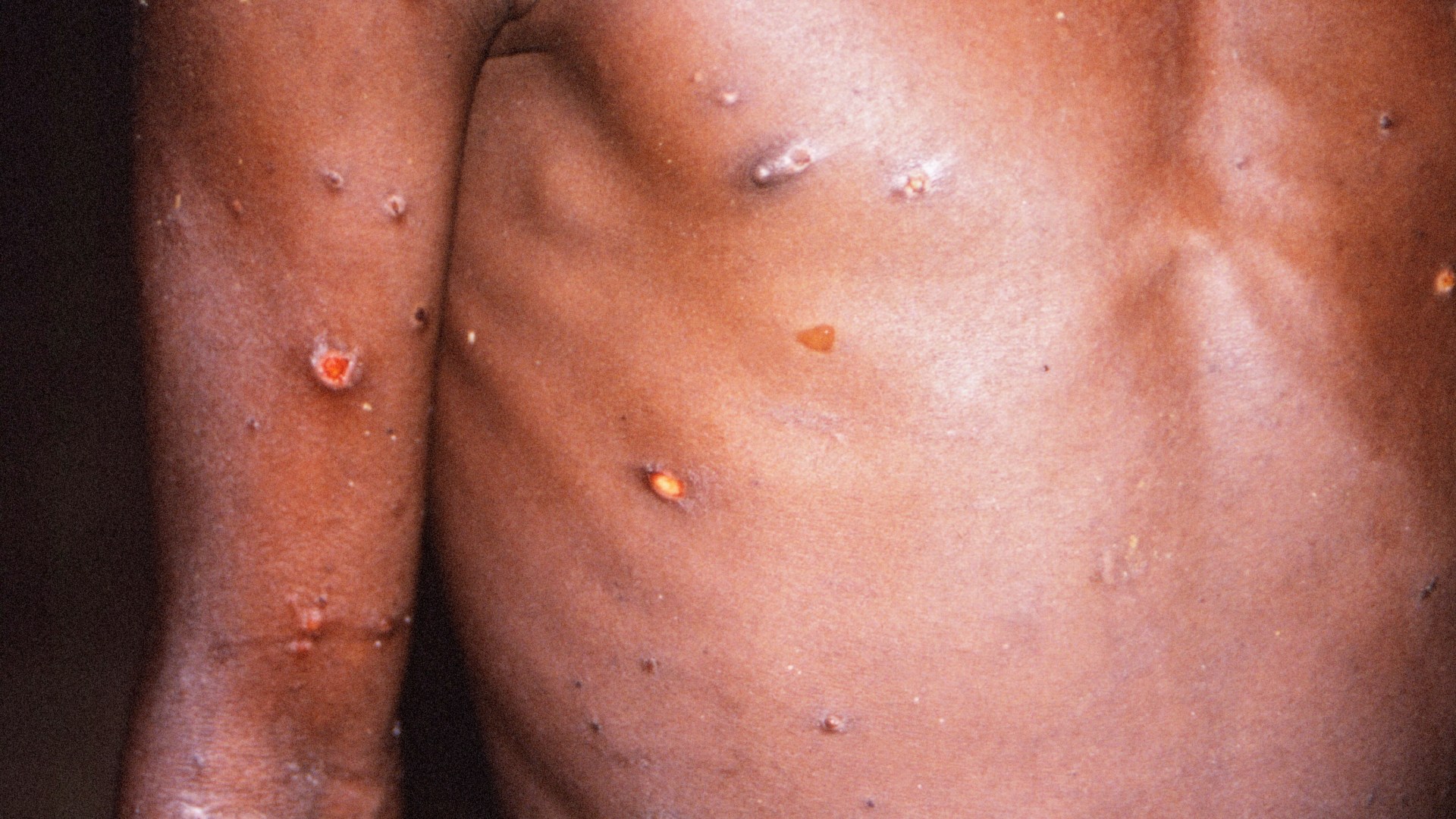 
TWO more Brits have been diagnosed with Monkeypox, a UK health agency has warned.

The newly-infected pair live together in the same household and are not linked to the previous confirmed case in England which was announced on May 7, the UK Health Security Agency (UKHSA) said.

People who might have been in close contact with either case are being contacted and given information and health advice, the UKHSA said.

The rare disease is spread by wild animals in parts of west or central Africa.

Dr Colin Brown, director of clinical and emerging infections at the UKHSA, said: “While investigations remain ongoing to determine the source of infection, it is important to emphasise it does not spread easily between people and requires close personal contact with an infected symptomatic person.”

It comes as the first case of Monkeypox was confirmed in the UK after a patient travelled from Nigeria, the UKHSA said on May 7.

The patient travelled from Nigeria and is now being treated at St Thomas’s Hospital in London.

This includes passengers who travelled “in close proximity” on their flight to the UK.

It is the sixth-ever case of the rare disease in the UK after two patients were identified in North Wales in 2021.

In 2018, more than 50 people were warned they may have been exposed to the disease.

An NHS nurse caught the virus while changing the bedsheets of a patient in hospital, blaming “pathetically small” protective gloves.

The disease is extremely rare and is not easily spread between people.

However, it can be transmitted through contact with clothing or linens – including bedding – used by an infected patient.

Direct contact with with monkeypox scabs or a person with a rash coughing or sneezing can spread the virus.

A rash usually spreads from the face across the body around five days after a fever appears before forming a scab.

Monkeypox is an infectious disease caused by the monkeypox virus.

This particular virus is a rare zoonosis, this means that it is transmitted to humans from animal.

It primarily occurs in remote parts of central and west Africa, near tropical rain forests.

In Africa, human infections have been documented through the handling of infected monkeys, Gambian giant rats and squirrels.

Eating the inadequately cooked meat of an infected animal is a risk.

Human-to-human transmission can result from close contact with the skin lesions of an infected person, or objects recently contaminated by the patient.

Transmission can also occur via the placenta, known as congenital monkeypox.

A painful rash and open sores can then develop, usually starting on the face.

If the rash spreads to the eyes it can cause blindness.

Symptoms generally last from 14 to 21 days, with severe cases relating to age, extent of virus exposure, the patient’s health and the severity of complications.

The symptoms are usually mild and most people recover within a few weeks after receiving treatment in a specialist hospital.

It has a mortality rate of between one and 10 per cent, with most deaths occurring in younger age groups.

Dr Colin Brown, Director of Clinical and Emerging Infections, UKHSA, said: “It is important to emphasise that monkeypox does not spread easily between people and the overall risk to the general public is very low.

“We are working with NHS England and NHS Improvement (NHSEI) to contact the individuals who have had close contact with the case prior to confirmation of their infection, to assess them as necessary and provide advice.

“UKHSA and the NHS have well established and robust infection control procedures for dealing with cases of imported infectious disease and these will be strictly followed.”