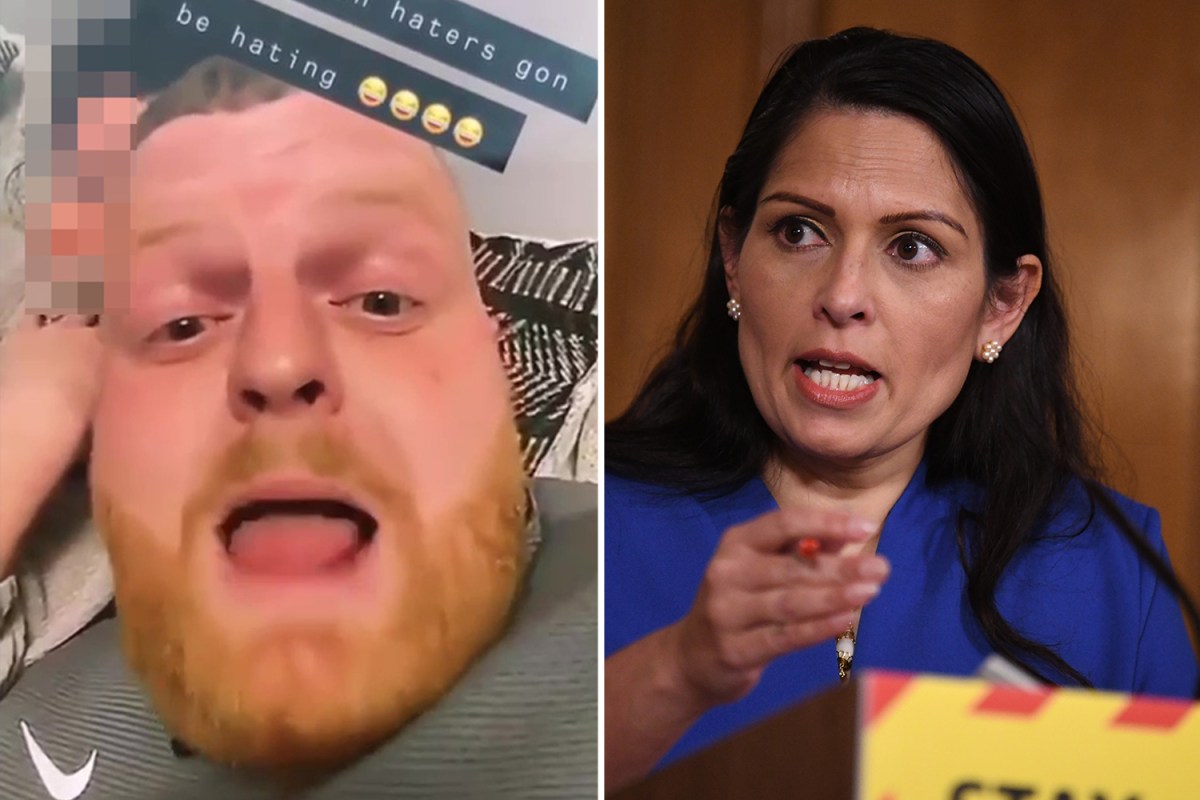 
TWO men have been jailed after sharing a racist Snapchat video about Home Secretary Priti Patel.

Jake Henderson, 30, posted a sick 50-second rant that went viral in which he used vile racist terms to describe Ms Patel as she delivered a Covid briefing.

In the video, the ex-Sunday league football team manager says: “As a white man, I won’t be listening to people of colour.”

The video led to Henderson receiving death threats, his parents being escorted out of their home by police and he was sacked from his job as a football manager.

His relationship also ended and he was left feeling suicidal, Nottingham Live reported.

The video was “motivated by hostility towards members of racial groups,” prosecutor Daniel Church said.

The court had earlier heard how the shocking video was recovered by police from Henderson’s partner’s mobile phone.

The sickening outburst sparked outrage on social media, that saw Henderson later complain he was “jobless” and that his “family are on the verge of disowning me” in the wake of the backlash.

A member of the public said in a statement read to magistrates that she feared the footage could “incite racial hatred”.