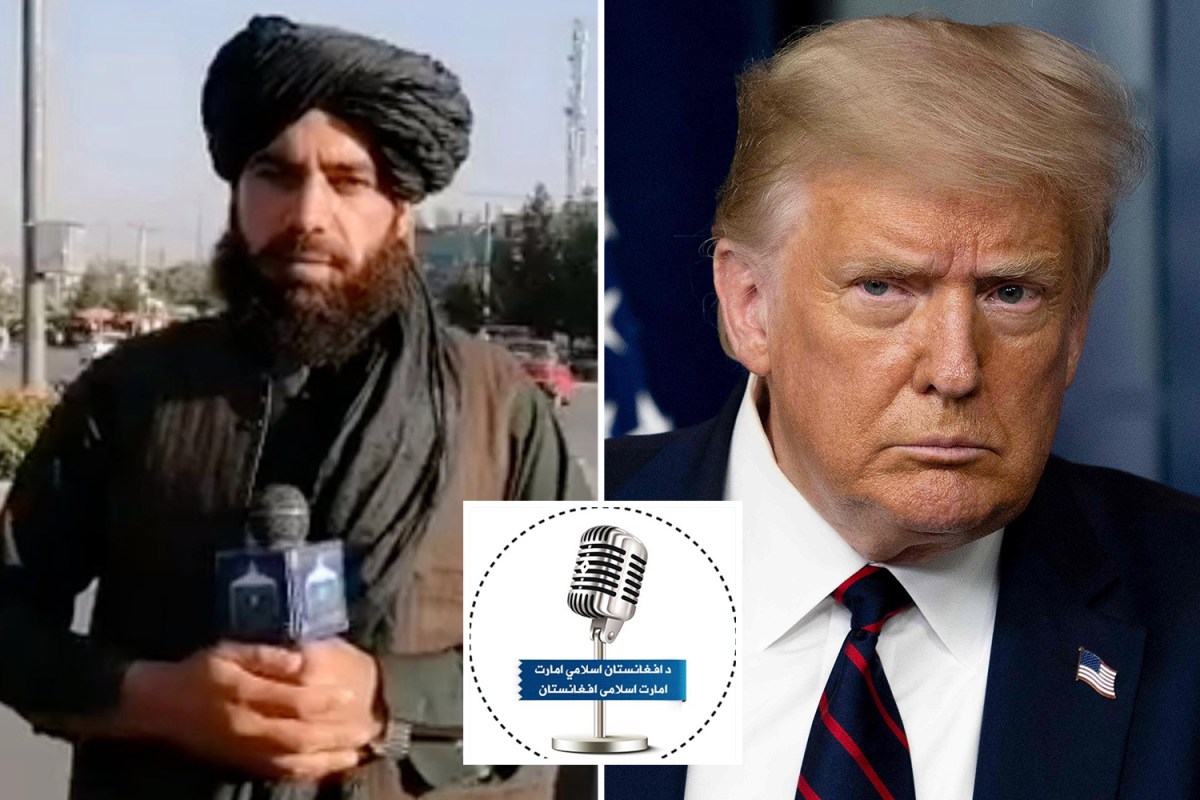 
TWITTER has been slammed for allowing a Taliban spokesman to use the platform while Donald Trump’s account has been permanently suspended.

Zabihullah Mujahid, whose unverified account has nearly 300,000 followers and is regularly cited by prominent news outlets, tweeted on “military entering Kabul” and how their “advance is continuing normally.”

‘Something is very wrong here’

Mujahid, whose Twitter bio reads: “Official Twitter Account of the Spokesman of Islamic Emirate of Afghanistan, Zabihullah Mujahid,” tweeted that Taliban soldiers had “conquered” Kabul, where Taliban soldiers rushed to the presidential palace and government buildings.

French politician Jerome Riviere tweeted: “Freedom and democracy are not doing well when #Twitter continues to ban #Trump’s account but relays the #Taliban spokesperson’s without any second thoughts.”

Republican lawmaker Claudia Tenney said: “The Taliban Spokesman has a Twitter account without any problem. Meanwhile, President Trump is banned from the platform.” “Something is very wrong here.”

Adrian Hilton, a conservative academic in the UK, wrote: “Twitter banned Donald Trump for expressing support for rioters who stormed the US Capitol.

“Twitter permitted the Taliban official spokesman to live-tweet Mujahideen terror, the acquisition of arms, storming the Afghanistan capital, and the occupation of the presidential palace.”

Trump’s account @realDonaldTrump had over 80million followers, but critics warned that letting him keep the account active could risk “further incitement of violence.”

In a blog, Twitter pointed to a tweet from Trump that read: “The 75,000,000 great American Patriots who voted for me, AMERICA FIRST, and MAKE AMERICA GREAT AGAIN, will have a GIANT VOICE long into the future. They will not be disrespected or treated unfairly in any way, shape or form!”

‘We are awaiting a peaceful transfer of power’

On Monday, Afghans headed to Kabul airport, desperate to flee the country.

The Taliban claimed that they want to create an “inclusive, Islamic government” with other factions, pledging to provide a secure environment.

While on air, a BBC reporter received an unexpected call from Shail Shaheen, a Taliban spokesperson.

He gave a speech and promised “peace” for Afghanistan.

He said: “There should not be any confusion, we are sure the people of Afghanistan in the city of Kabul, that their properties and their lives are safe.

“There will be no revenge on anyone. We are the servants of the people and of this country.

“Our leadership has instructed our forces to remain at the gate of Kabul, not to enter the city.

“We are awaiting a peaceful transfer of power.”