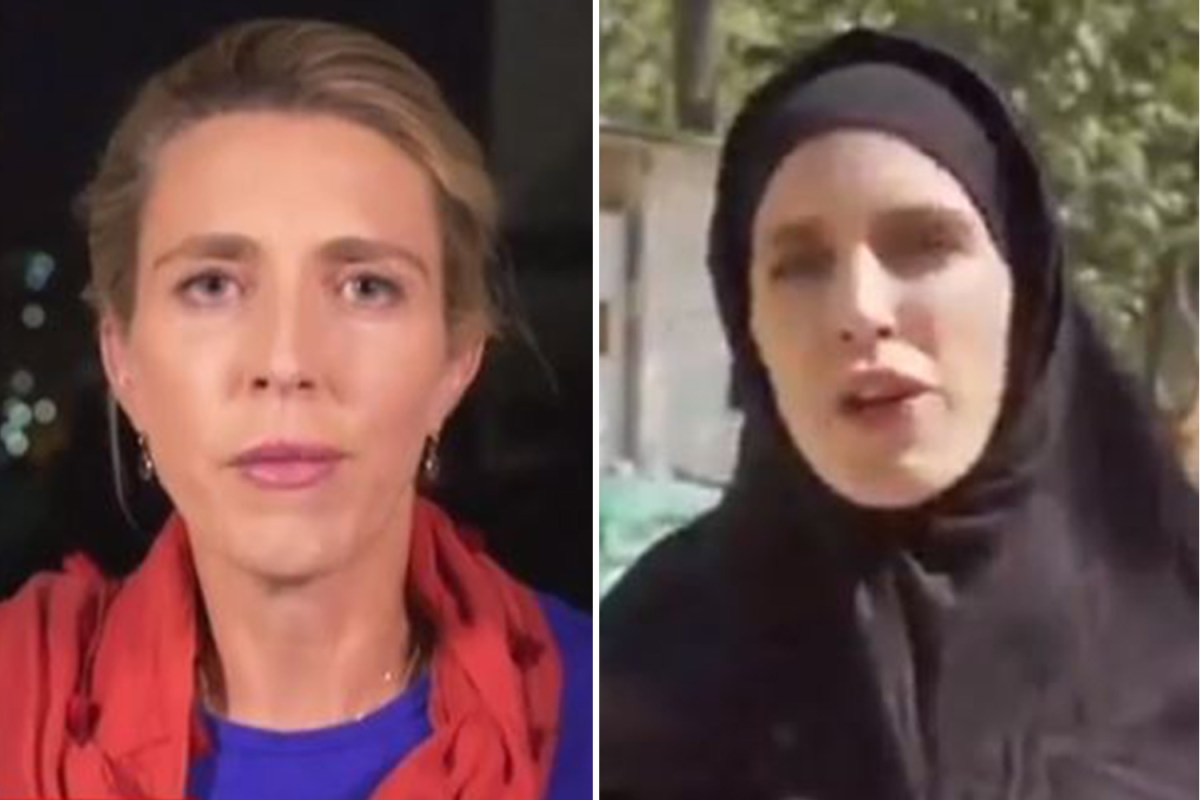 
A TV reporter frantically changed her wardrobe fearing for her life as the Taliban pledge to reintroduce twisted laws which previously saw them brutalise women.

WIth 24 hours, CNN correspondent Clarissa Ward went from reporting in coloured clothing exposing her arms to covering up in an Islamic veil.

On Sunday, Ms Ward opted to wear a red scarf and blue top, with her arms uncovered as she reported live from the war-torn country.

But just a day on from the Taliban’s capture of Kabul, the American journalist quickly rethought her outfit options and on Monday was seen on camera dressed in an Islamic veil worn generally by Shiite women.

Her arms were completely covered, with just part of her face showing.

It comes as women face torture and execution under brutal new laws as the Taliban reign of terror begins after the jihadi army seized the Afghan capital – bringing an end to a rampage which has humiliated US President Joe Biden and much of the West.

Women and girls are believed to be some of the most at-risk people under the new Taliban regime – despite their attempts to give off a more modern persona.

Taliban forces have already pledged to reintroduce wicked laws which saw them brutalise women and gay people when they ruled Afghanistan in the 90s.

There are claims a woman has been sentenced to be stoned to death in Samangan.

Afghans pouring into Kabul as refugees fleeing the march of the militants told stories of how commanders demanded they turn over women and girls to become their “wives” and be raped.

They also told of how civilians and captured soldiers were murdered by the Taliban, reported the Wall Street Journal.

Taliban officials have denied the group is enforcing sexual slavery – and claims that such actions are against the rules of Islam.

However, such practices were rampant the last time that the Taliban ruled Afghanistan.