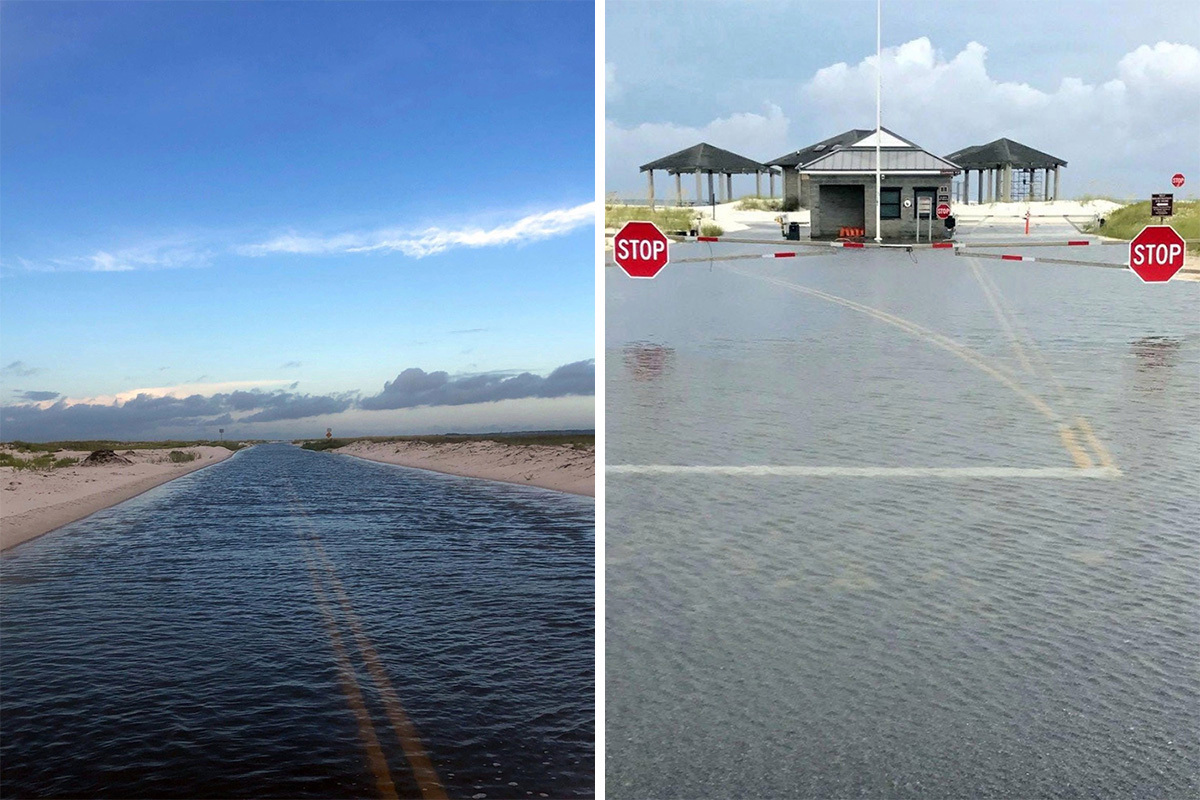 
TROPICAL Storm Fred has left thousands without power and flooded roads in Florida as it makes its way towards Georgia and Tennessee.

The storm was one of three that the National Hurricane Center was keeping an eye on in the Atlantic Ocean.

Over the weekend, Florida Governor Ron DeSantis issued a state of emergency in 23 counties ahead of the storm’s arrival.

On Monday, President Joe Biden also declared an emergency in the state and “ordered Federal assistance to supplement State, tribal, and local response efforts due to the emergency conditions resulting from Tropical Storm Fred,” according to a statement from the White House.

Fred made landfall just after 2pm EST, and moved through several counties with winds ranging from 40 to 60 mph.

As of Monday evening, more than 40,000 homes and businesses in Florida were left without power, according to PowerOutage.us.

The Weather Channel reported that roughly one-third of all customers in Franklin County were without power.

Schools were closed in the Tallahassee area, the Florida Panhandle, and even southeastern Alabama in anticipation of the storm on Monday.

Gov DeSantis provided an update on the storm’s path on Monday evening.

“This afternoon, #Fred made landfall in Cape San Blas. This does not mean impacts are over,” he wrote.

“Tropical storm warnings are still in effect from the Okaloosa/Walton County line to the Steinhatchee River. Residents should continue to avoid flooded roads & listen to local officials.”

The storm is expected to weaken Tuesday as it makes its way towards Georgia and Tennessee, according to the National Hurricane Center.

However, heavy rain and flooding are still possible in both states.

In Gulf County, where Fred made landfall, there were reports of downed trees and flooding.

No evacuations were ordered, but officials were still considering the storm dangerous.

“We’ve certainly been in a lot worse than this, but that’s no reason to be complacent,” Bay County Sheriff Tommy Ford told the Associated Press.

“The less people out on the road, the better. We do expect some heavy rain from this storm.”