Tributes to Plymouth shooter Jake Davison’s five victims including dad and girl, 3, and dog walker gunned down at random 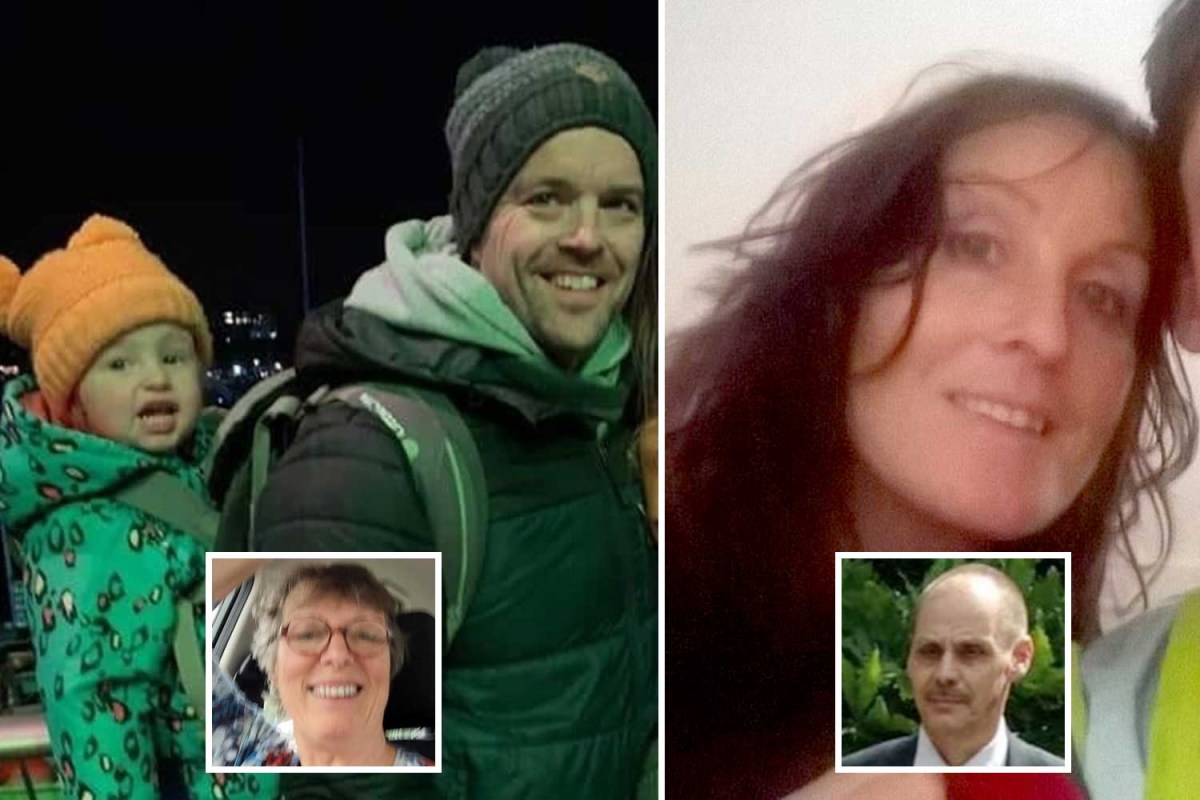 
THESE are the faces of the five innocent people murdered by Plymouth gunman Jake Davison on his shotgun rampage yesterday.

Twisted Davison shot the pair at random after first targeting his mum Maxine, 51, in her home.

Stephen’s son Simon paid tribute to his dad, writing: “After tonight’s events we lost our dad.

“My mum lost her world. My kids and brothers and sister’s kids lost their granddad.

“Each and every one of us will miss him deeply, RIP dad you will be missed, love you.”

Mum-of-one Kate was killed by Henderson place before Davison turned the gun on himself.

“She and her husband John were retired. What happened to Kate and all those poor other victims is atrocious.”

Tributes have now flooded in for tragic dad Lee, who had adopted Sophie with his wife around two years ago.

It is understood they had been returning home when Davison opened fire using the legal firearm.

One friend said: “Lost for words.

“You was such a kind selfless gentleman who put everyone else before yourself we have shared many memories together.

“I will never forget the things in life you have done for me, you will forever be in my heart Lee Martyn”.

Another said: “Thank you to those far & wide that have checked up on me to see if I’m safe, yes I am but I am totally distraught that a good friends brother & niece have been taken in such an horrific way, my heart is breaking for my friend & his family at this very very sad news.

“Deepest & sincerest condolences to all the deceased & hope those injured make a speedy recovery.”

He said at the time: “We finally adopted Sophie after nearly 15 months ! Game changer.”

Davison unleashed the rampage at around 6.11pm yesterday when he stormed a home on Biddick Drive.

Gunshots erupted as he shot mum Maxine before he skulked down the street holding a pump action shotgun.

One of the injured victims has been named locally as Ben Parsonage, 33 who was shot along with his mother, 53.

Davison continued the spree by gunning down and killing Stephen Washington as he entered a park.

Police have now named all five victims of the shooting horror.

He also said there is no known motive at present, adding: “We’ve never in my time had homicide followed by a rampaging firearms attack on random members of the public and then taking one’s life..