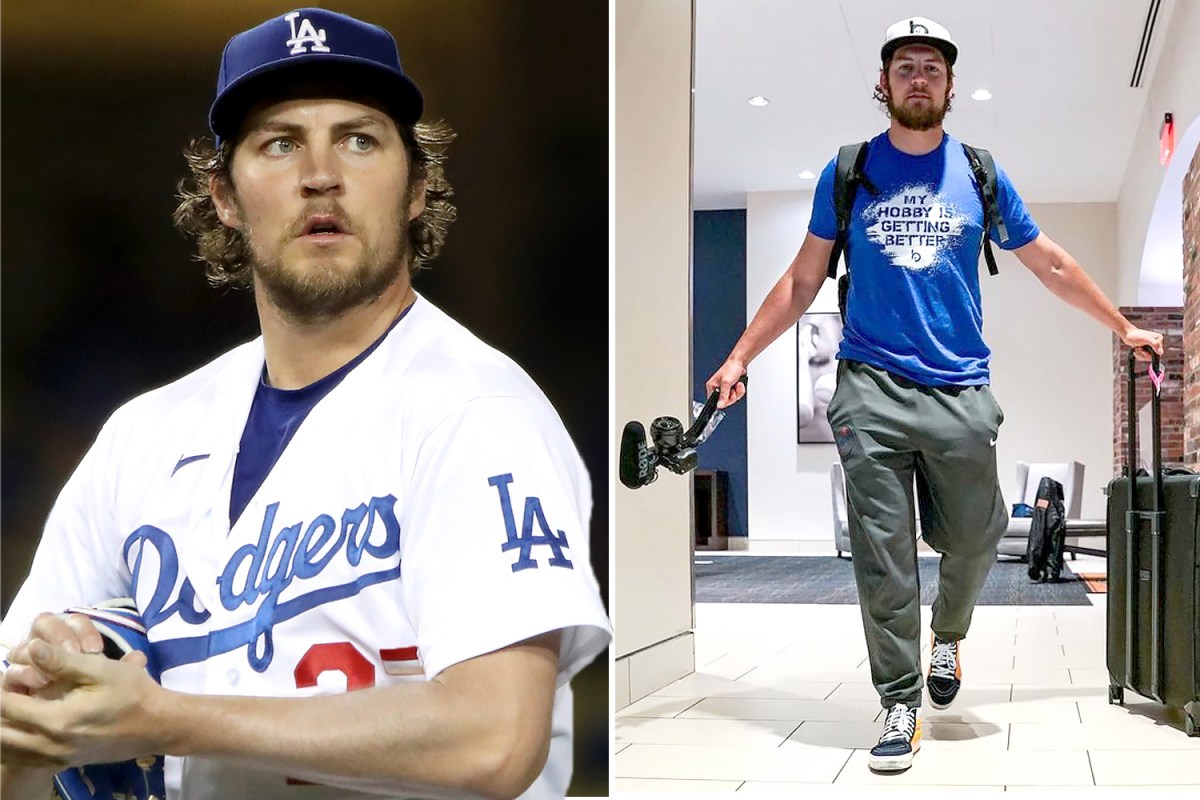 
ATTORNEYS for Trevor Bauer – who is being investigated for alleged sexual assault in California – have denied claims of abuse made by a second woman who sought a restraining order against the star in Ohio.

The latest allegations came to light in a report by The Washington Post on Friday which the LA Dodgers star called a “salacious story disseminating defamatory statements, false information, and baseless allegations.”

The Ohio woman claimed in 2017 and again in 2018, that Bauer had assaulted her without her consent during sex, alleging that the pitcher had strangled and hit her.

The Post was provided photographs of her alleged injuries, which were reported to show the woman with blood pooling in the corners of her eyes.

The outlet also viewed messages Bauer allegedly sent to the woman, ranging from threats of sending a sexually explicit video to one of her family members to physical violence.

The allegations made by the woman, which have never previously been reported on, bore a close resemblance to the accusations made by Bauer’s rape accuser in California.

The order was granted without Bauer having a chance to be heard, and the woman later voluntarily dismissed her petition six weeks later.

In a statement on Saturday, Bauer’s attorneys Jon Fetterolf and Rachel Luba said the star had a “wholly consensual relationship” with the woman between 2016 and 2019.

They described her restraining order petition as a “bogus … extortion attempt”, claiming she only sought the measure after Bauer ended the relationship against her wishes.

They further questioned the legitimacy of the photographs and the messages, which they said have been provided “years after the alleged incidents and with no corroboration.”

Bauer also hit out at the allegations himself in a lengthy statement posted to Twitter on Sunday, where he said he could “no longer be silent” on the matter.

The 30-year-old wrote that his representatives provided The Post with “a wealth of contradictory evidence, documents, statements, and background information.”

This evidence, he claims, showed a “pattern of disturbing behavior by the woman and her attorneys.”

Bauer also said that the woman “harassed and physically assaulted” him, adding that she “attempted to extort me for millions of dollars last year in exchange for her not coming forward with false claims.”

“This is a continuation by the woman and her attorneys to make good on their threats to harm me by perpetuating a false narrative,” Bauer added.

“This has been a game to her from the beginning but my life is not a game and I won’t stand by idly and allow this conduct to continue.”

Bauer is currently on leave from the MLB as police and the league probe sexual assault allegations made by the woman in California.

That accuser claims the pitcher sexually assaulted her on two separate occasions, including allegations he choked her unconscious with her own hair and then sodomized her.

A league official told CNN the Ohio allegations against Bauer are also being investigated as part of the probe. A spokesperson for the woman, who has not yet been named, also confirmed she was cooperating with the league.

Bauer and his lawyers have long denied the allegations made by the woman in California, calling them “baseless” and “defamatory.”

Bauer, the 2020 National League Cy Young Award winner, joined the Dodgers in February with a record-setting three-year contract worth $103 million.