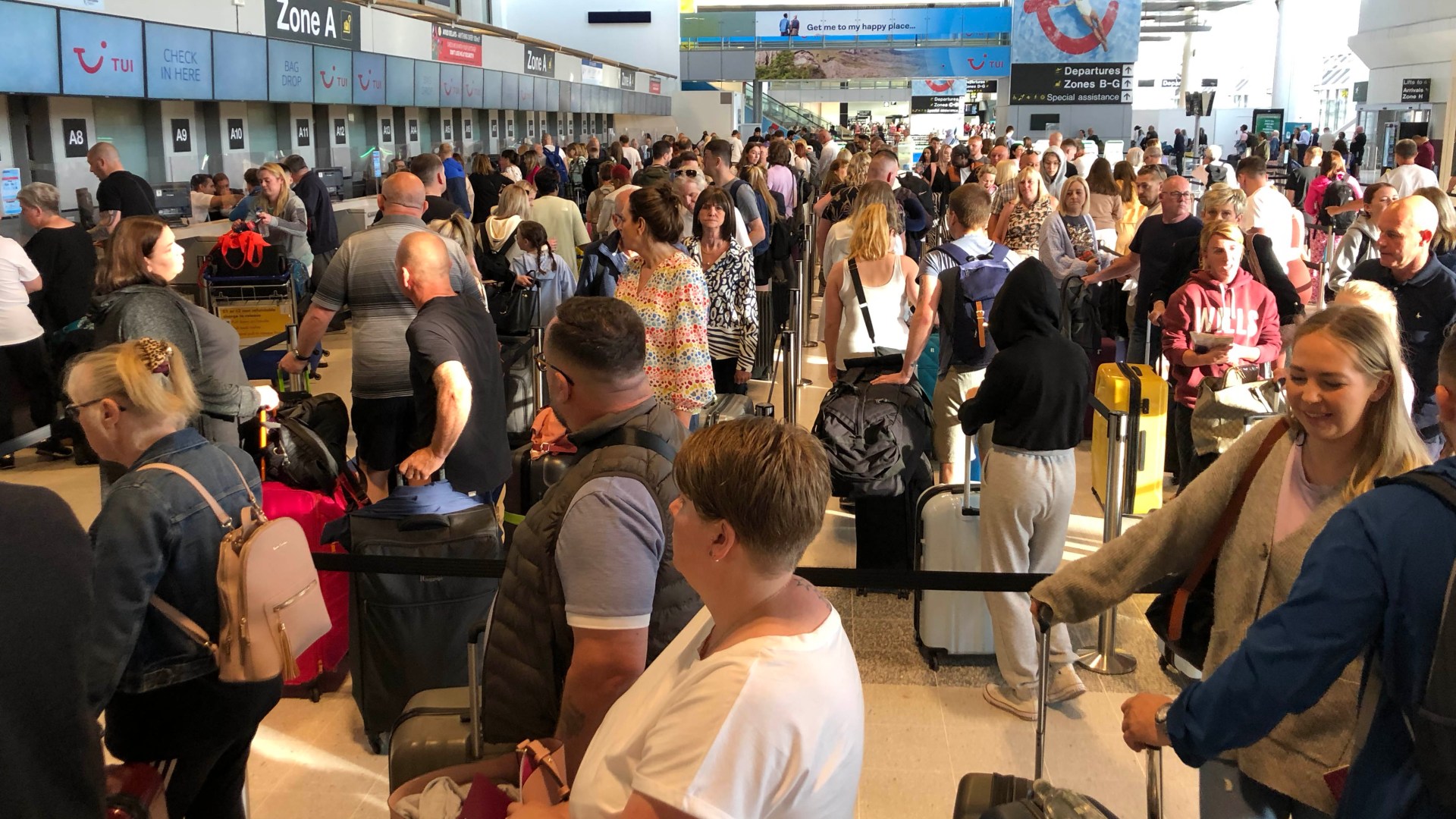 
BRITS heading on holidays have today been hit with queues more than “three times the length of the airport” in Birmingham, Bristol and Manchester.

It comes as British Airways staff will walk out in a row over pay within weeks causing even further travel chaos.

And those attempting to jet off from Bristol today were met with even longer waits.

In Birmingham ticked off travellers took to social media to share their frustrations.

One person wrote: “Congratulations Birmingham Airport, you now have a queue that folds three lengths of the airport!

“Second time this week you have failed your #SLAs [service level agreements].”

It comes as Ryanair cabin crews have planned strikes in five countries starting from today.

It will kick off today in Belgium and Portugal – while staff in France and Italy will walk out tomorrow.

UK cabin crew have not voted to strike – but the dispute will cause chaos for thousands of Brits returning to the UK from holiday destinations.

And yesterday it was revealed that British Airways workers at Heathrow voted to strike this summer.

BA check-in and ground staff who belong to the GMB and Unite unions will walk out in a row over pay, it’s been announced.

A whopping 95 per cent of those polled yesterday were in favour of taking action, with workers set to down tools as early as July 8.

Around 700 members of staff are now expected to walk out.

It comes as GMB seeks to reverse a 10 per cent pay cut on workers imposed during the pandemic.

BA says it has offered a 10 per cent one-off bonus, but not a return to the same pay as before – and union bosses say the “one-off” fee is not enough.

They are calling for a full salary reimbursement instead.

The summer walk-outs are the latest blow amid days of strike chaos, as Britain’s railways ground to a miserable halt again today.

And it could get worse, as fears militant unions are already drawing up plans for a crippling second wave of strikes in just two weeks.

In airports across the country, travellers are already feeling the strain of a wide-spread staffing crisis.

Passengers have been devastated by last-minute flight cancellations, huge queues and lost baggage as airports struggle to cope.

The cancellations – which are likely to include flights to holiday hotspots like Greece and Spain – will take place during July, August and September.

It has already scrapped seven per cent of the 16,000 journeys it is expected to run between July and September.

Earlier this week, more than 15,000 passengers were left in the lurch after Heathrow Airport cancelled ten per cent of its plane journeys.

Photos taken at airports up and down the country have shown holiday hopefuls spread out across the floors with bags piling up in the travel carnage.