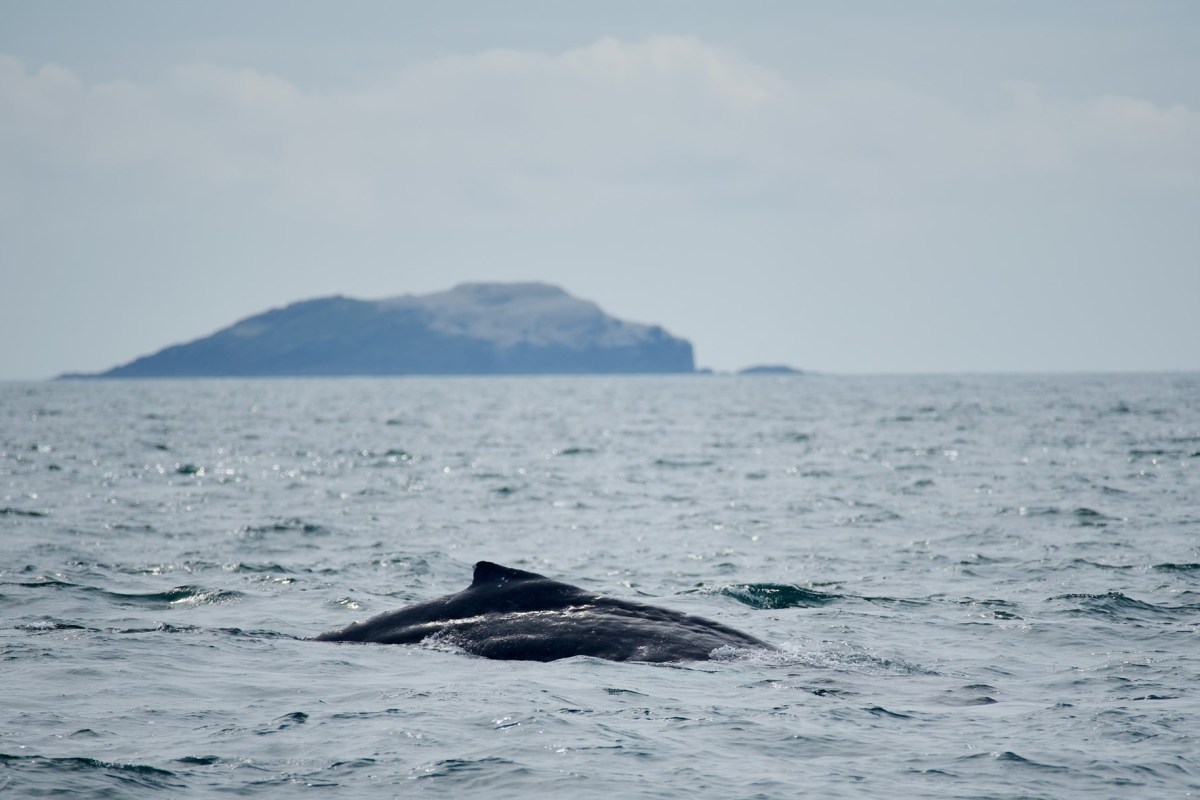 
A WANDERING whale has made an unexpected detour to Wales — just weeks after Wally the walrus left the area for a new sea scene.

Humpy the humpback was spotted by boat-tripper tourists as they explored the coast of Pembrokeshire where his predecessor set up home.

The excited visitors watched as Humpy raised its head and slapped the waves with its side fins.

Trip organiser Ffion Rees said she had never seen one in the region.

Ffion, 48, of Falcon Boats, cut the engine so her 12 passengers could watch.

She said: “It spent about 15 minutes at or near the surface 20 to 50 metres away. It did a bit of spy hopping — lifting its head to look around — and a few pectoral slaps before leaving.

“It was very thin, possibly a juvenile, but I couldn’t say for sure.”

Humpy appeared seven miles off St Justinian’s and it is likely other trips will head out to look for it.

Wally, meanwhile, settled in 40 miles east at Tenby — around 1,000 miles from his home in the Arctic.

Experts believe he may have been looking for somewhere new to feed or breed.

He’s also been to Cornwall, Spain and France and was most recently seen clambering into a speedboat, left, off Co. Cork in Ireland.

Swimmer screams as whistling whale breaches ocean meters AWAY from her