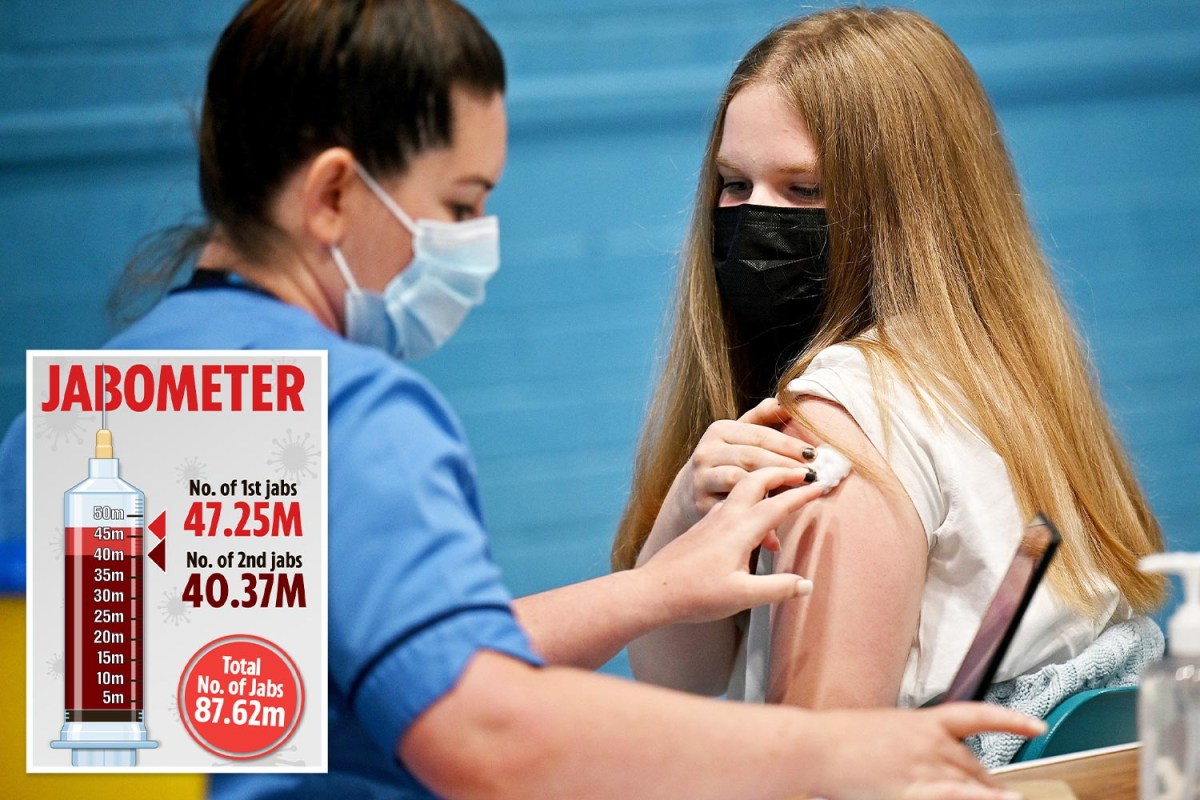 
THOUSANDS of teenagers will be offered a Covid jab this week to get them protected before they return to school.

NHS chiefs intend to contact every 16 and 17-year-old by next Monday in an ambitious new vaccine target.

They will be invited to walk-in centres in a drive for a “wall of defence” against the virus.

Young people are said to have shown “great enthusiasm” to get their vaccines.

Thousands of sixth-formers have already been treated.

But ministers are keen to boost the take-up before classrooms reopen next month.

Those yet to be jabbed will be invited by text or letter to book an appointment at a GP or walk-in centre.

“I’ve asked NHS England to ensure they offer a first dose to everyone aged 16 and 17 by next Monday.

“This will make sure everybody has the opportunity to get vital protection before returning to college or sixth form.”

The move comes ahead of a further step on the road to normal life tomorrow when double-jabbed Brits pinged by the Covid app will no longer have to isolate.

By yesterday, nearly 87.5 million doses had been given across the UK, with nine out of ten people having a first dose and two-thirds having both.

Seven out of ten people aged 18 to 29 have already received their initial shot.

The Government is working with the NHS to make it easy to get the vaccine.

“Grab-a-jab” pop-up vaccine sites are sited across the country including nightclubs, football grounds and festivals.

NHS primary care chief Nikki Kanani said: “As teenagers prepare to head back to school or college, we’re doing everything we can to offer the lifesaving vaccine as quickly as possible.”