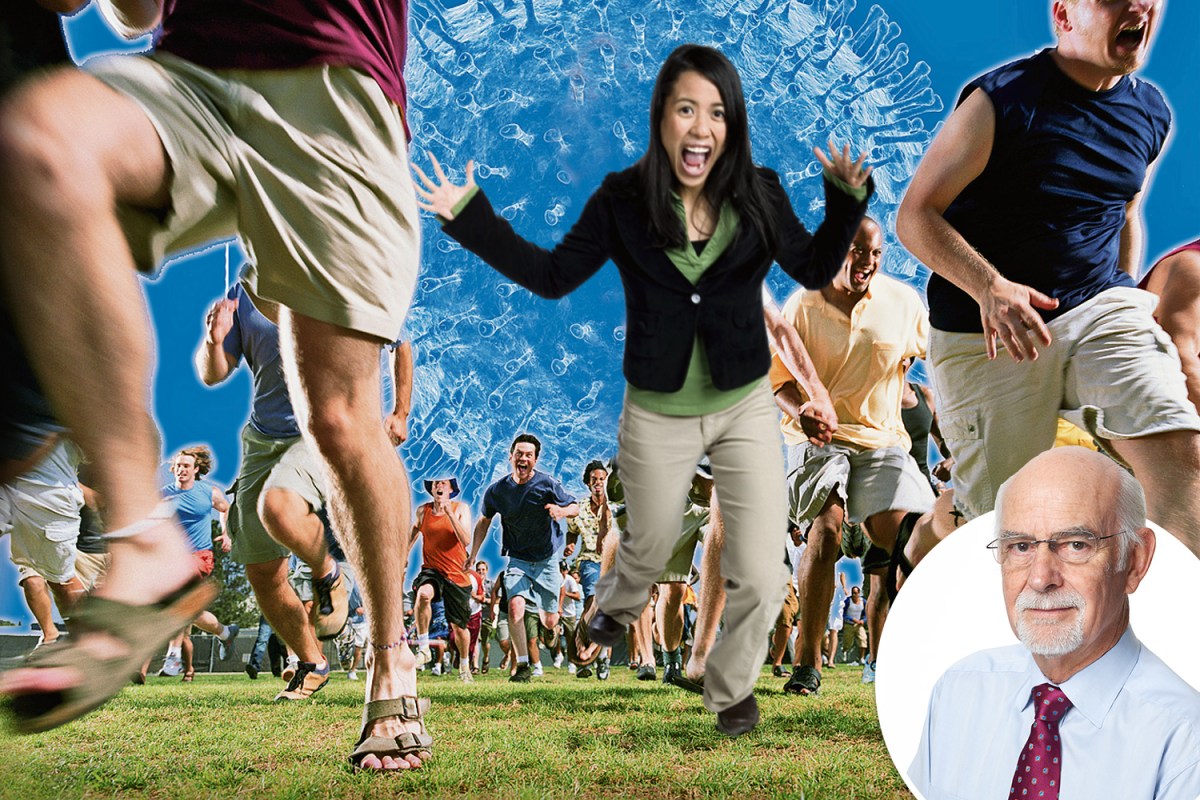 
IN a letter published in The Lancet medical journal last month, no fewer than 1,200 scientists warned that Boris Johnson’s decision to lift most of England’s remaining Covid restrictions was so dangerous that it was a threat to the entire world.

Experts took to the BBC to warn there could be 200,000 cases every DAY, with the NHS overrun. We were told to prepare for disaster.

The reality? The ZOE Covid study suggests the third wave is already in retreat, with nothing like that number of cases ever being reached — and, as of yesterday, the crucial R rate is now as low as 0.8.

Not for the first time, the doomsters were proved wrong, but only after the public had been needlessly terrified.

So who put the “panic” into “pandemic”?

Millions with life-threatening health conditions were put at risk in order to block this unstoppable virus.

A generation of young people were forced to put their lives on hold when the average age of Covid victims was 83, a year older than the median UK lifespan. And our economy was damaged, in some areas perhaps beyond repair.

We deserve an explanation and we should not have to wait years for the outcome of a public inquiry. An apology from some would be welcome. Let’s start with Imperial College’s Neil Ferguson, “Professor Lockdown” himself.

It was Scientific Advisory Group for Emergencies (Sage) member Ferguson who scared Downing Street witless with nightmare predictions of 500,000 Covid corpses, and who predicted those 200,000 daily cases in the Third Wave.

It was Ferguson who frightened ministers into adopting totalitarian China’s “innovative” lockdown for the first time ever amid fears the virus had escaped from a Wuhan lab.

He told The Times: “It’s a Communist one-party state, we said. We couldn’t get away with it in Europe, we thought . . . and then Italy did it. And we realised we could.”

For communist ideologues, the ultimate dream is to destroy capitalism. Lockdown offers a perfect tool. Overnight, Britain was incarcerated under emergency laws unseen outside wartime.

With Ferguson later exposed in a mid-lockdown affair with anti-Tory campaigner Antonia Staats, ministers began fearing the health crisis was being hijacked for political motives.

Yet broadcasters were still offering airtime to Ferguson and Michie. Which brings us to the BBC. The Beeb took an early view that lockdown was the only answer. Its reluctance to air alternatives reminded some of its partisan view on Brexit.

While Ferguson was invited to predict death and disaster, the BBC declined views from distinguished moderates such as Professors Carl Heneghan, Karol Sikora and Sunetra Gupta.

Instead of emerging together from the pandemic, Britain today is a divided nation of mask wearers and anti-jab conspiracy theorists.

They were given little chance to explain why we should follow the Swedish model, trusting the people on face masks and social distancing, instead of using heavy-handed police to enforce them.

Along with Sky News and ITV, the Beeb pounced on a disturbing NHS campaign featuring patients in oxygen masks pleading for everyone to stay home.

Newsman Clive Myrie led bulletins with a funereal tour of intensive care wards and graveyards, intoning: “We’re all scared. We’re all scared.” Alarm increased as left-wing trade union leaders, led by the teachers’, piled in with demands for classroom closures.

As a result, instead of emerging together from the pandemic, Britain today is a divided nation of mask wearers and anti-jab conspiracy theorists. Meanwhile, the ruthlessly authoritarian Chinese regime which caused this global disaster has emerged unscathed and unrepentant.

The pro-China World Health Organisation played down suspicions a Wuhan laboratory was the source of Covid. They were aided by British scientist Dr Peter Daszak, part of a WHO team which effectively exonerated the Beijing regime of blame.

Back home, Britain’s once-revered The Lancet allegedly “sat on” evidence of a Chinese Covid cover-up which might have saved lives. In a new book, Sage member Sir Jeremy Farrar blames editor Richard Horton for withholding Chinese whistleblowers’ data showing Covid could be transmitted human to human.

Armed with this material, the World Health Organisation could have potentially averted a global pandemic. Even Farrar himself does not emerge well from the Covid catastrophe, according to anti-lockdown campaigner Jonathan Sumption.

“Farrar represents most of what has gone wrong,” says the retired Supreme Court judge. “His main target is the British Government. But he actually agrees with nearly everything they have done.

“His views about how governments should deal with public health crises are broadly the same as those of Dominic Cummings. Both men are frustrated autocrats who believed that from Day One we needed ‘a command-and-control structure’.”

Ah, yes. Dominic Cummings, the pro-lockdown hard-liner who broke his own lockdown.

Thanks to Sweden’s measured approach to the pandemic we know lockdowns do not work. They merely slow down the virus and give health services a break. Boris was an early fan of the Swedish model.

As the Covid blame game is under way, enemies and rivals are salivating at the prospect of nailing Boris Johnson as prize culprit.

It was Cummings who argued for total lockdown, despite flouting his own rules at Barnard Castle. Cummings also fought for widespread contact tracing, only for it to prove a £40billion flop which triggered the pingdemic and paralysed economic recovery.

As the Covid blame game is under way, enemies and rivals are salivating at the prospect of nailing Boris Johnson as prize culprit.

The Prime Minister, who almost died of Covid, certainly made mistakes. But it was the NHS which transferred elderly Covid patients into care homes, causing tens of thousands of unnecessary deaths.

And it was Public Health England which failed so badly on testing in the early stages.

The greatest achievement of this Government is the rapid deployment of Pfizer and AstraZeneca vaccines. It was Boris who ordered vaccine wizard Kate Bingham to “save lives”.

If Ferguson and others refuse to apologise, it might fall to this Prime Minister to say sorry on their behalf for the cock-ups which blighted the lives of millions for 18 months.