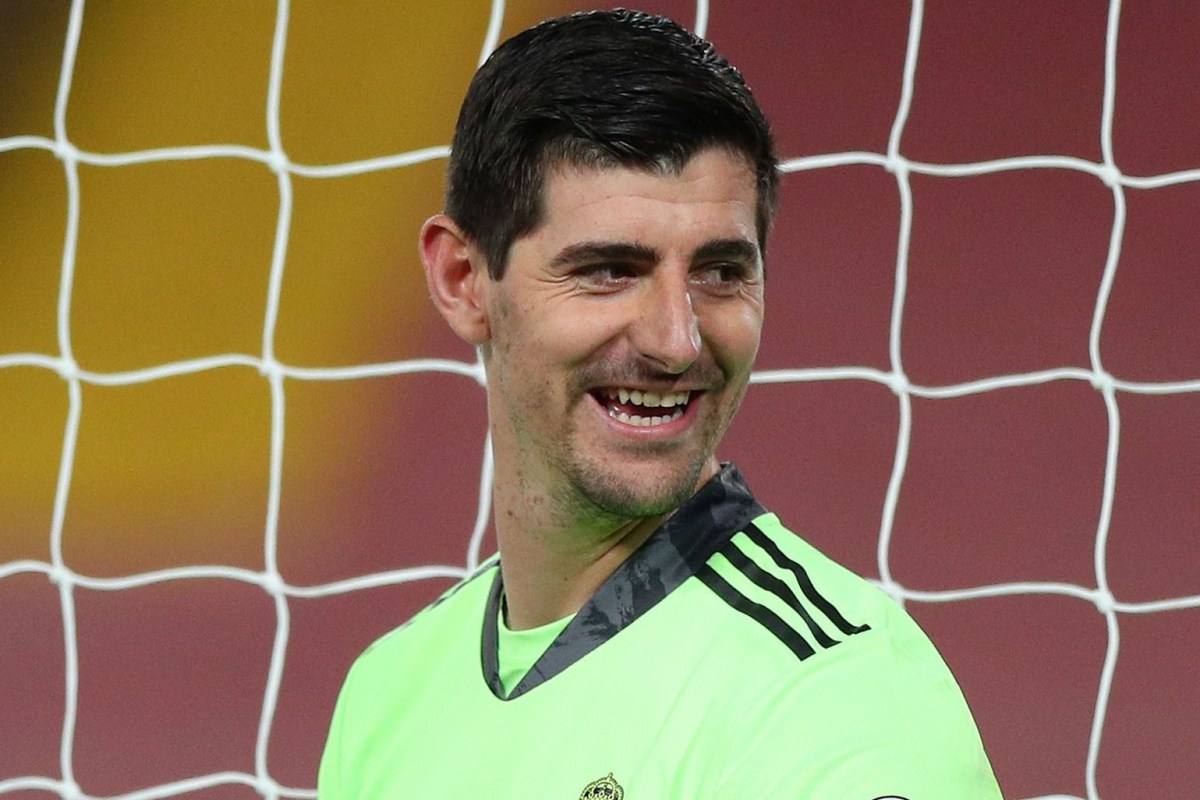 Courtois’ contract details have not yet been revealed but Madrid’s financial woes could mean that he may have taken a pay cut on his £150,000-a-week wages.

Last year it was reported that a number of Madrid’s stars were being asked to slash their wages to help them recover from the losses they incurred at the height of the Covid pandemic.

The Belgium international, who joined Los Blancos in 2018 from Chelsea for £38million, had three years left on his previous contract.

Real Madrid’s eagerness to keep hold of Courtois marks a remarkable turnaround in fortune for the ex-Blues star.

His Madrid dream swiftly turned into a nightmare as a series of early blunders saw Courtois labelled the worst signing in the club’s lengthy history.

Damning stats reveal Courtois had conceded more goals than he saved in his debut season.

In just nine appearances in all competitions, the Belgian conceded 12 goals and only made 11 saves in that time.

But the following season, Courtois was a brand new man and the Spanish press praised what they called his ‘redemption.’

This came after the keeper made three stunning saves to help Madrid beat a stubborn Gefate in January 2020.

After the game, Madrid’s boss at the time Zidane hailed him as the best.

At that point of the season, Courtois had the stats to back up Zidane’s claims.

He produced his career-best numbers for minutes-per-goal conceded (160) and had a save rate of (79.1 per cent).

And last season he made 59 starts for the LaLiga giants and kept 17 clean sheets in all competitions.