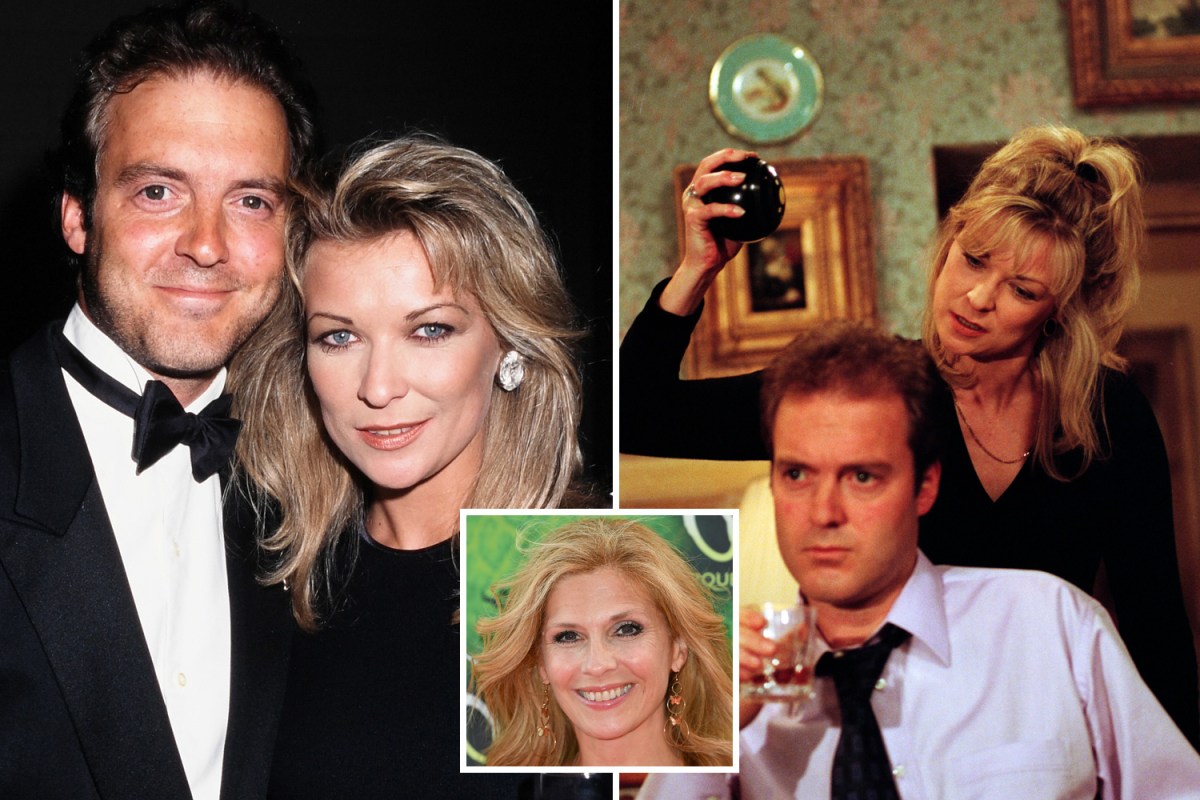 
EMMERDALE fans will be shocked to learn that actor Peter Amory was married to his on-screen stepmum Claire King.

Peter, who played Chris Tate on the ITV soap from 1989 to 2003, tied the knot with Claire – who plays superbitch Kim Tate.

The soap stars were together for 10 years before their marriage ended in a VERY bitter divorce.

It was alleged that Peter was having an affair with Emmerdale co-star Samantha Giles, 50, who portrays Bernice Blackstock.

Speaking to the Mirror in 2005, Claire said: “I questioned Pete and he admitted it had been going on for a while.

“He told me it was over but then it started again. At that point I said, ‘Well, you have to go with her then, because it obviously isn’t going to stop.’

“She was there when I was in Emmerdale and you can’t help those thoughts going round in your head – did he fancy her, did he… it’s all that crappy teenage stuff.'”

Claire revealed she found out her ex-husband was having an affair after she received a letter from his new lover’s husband.

The actress admitted that she gave Peter a number of chances to make their 10-year marriage work, but it wasn’t until she received the note that she decided to take action.

Her co-star Samantha’s ex-beau, Nick Moore, had penned the devastating letter informing her that her 52-year-old actor hubby was cheating on her with his wife.

Speaking about her break-up on Loose Women in 2017, Claire said: “She wanted that second chance, and I’ve been in that situation with my marriage. And I gave my husband Pete a second chance.

“Two strikes you’re out. People remain within a relationship that really they shouldn’t sometimes and they could have got out. I think you have to move on and get on with your life.

“I found out about it through a letter from the girl’s husband and my agent rang me saying ‘There are bits and pieces in the paper’.

“It wasn’t anything to do with her.”

Although Claire could see the split was on the cards, she still says she found it hard to get over the break-up because everything had “imploded” on her at once.

She said: “It was hard because I was in my 40s, and I was at a crossroads career-wise, and everything seemed to implode because it all happened at once, and it was scary.”

Claire has claimed she is now on good terms with both Peter and Samantha, who are no longer together.

She said: “I met Sam at a funeral of a close friend of ours, and she said ‘Look I’m really sorry’. After all these years it’s water under the bridge. But we are friends.”