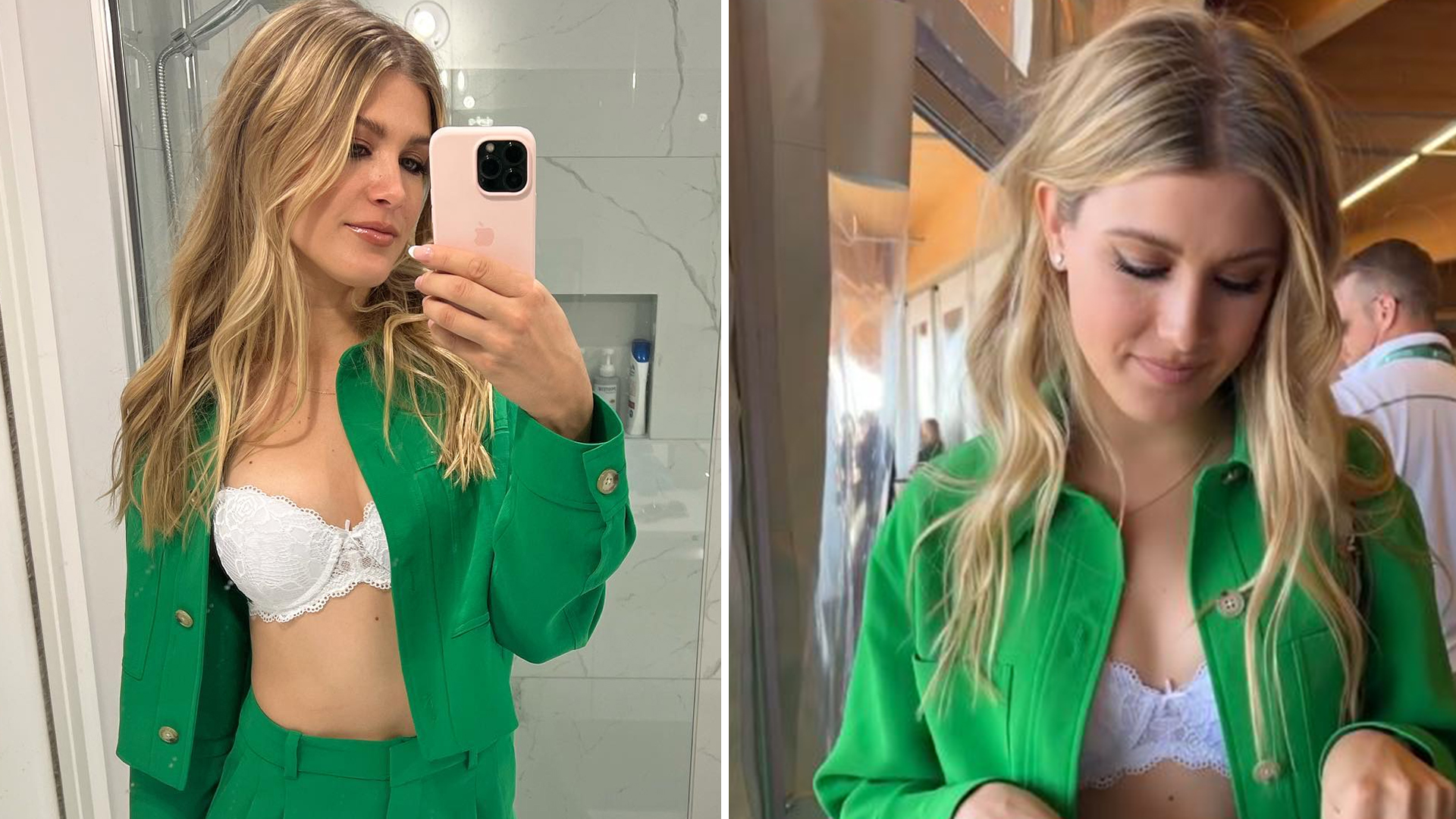 The Montreal-born player, 28, shared her experience at the F1 race which took place in her home city.

On Instagram, she posted a snap of her ready to go to the circuit, before then getting a selfie with one of the cars flying past in the background.

Bouchard also took a picture of her tucking into a nice meal, before signing off with a snap smiling at the camera.

Reacting to her outfit on social media, one follower said: “Always bringing awesomeness, and some W🔥W, too!”

Another added: “The Best player and top model!”

And a third said: What’s not to 💕? Stunningly beautiful and amazingly talented. 🌹.”

Meanwhile, Bouchard, who suffered a shoulder injury in March 2021 and then had surgery the following June, recently confirmed she will not be taking part in Wimbledon this year.

In April, Wimbledon chiefs banned Russian and Belarussian players from competing at their event – which starts on Monday June 27 – following the ongoing war in Ukraine.

This led to the tournament having its ranking points stripped – something which has informed 2014 finalist Bouchard’s decision to miss the two weeks at the All England Club.

In a Twitter post, she said: “A quick update on my end, I have decided to withdraw from Wimbledon due to the WTA’s decision to not award ranking points at this year’s Championships.

“Due to my shoulder surgery, I get a limited number of protected ranking [PR] entries.

“As much as I love Wimbledon and skipping it makes me sad, using a PR entry at a tournament with no ranking points doesn’t make sense.

“I must choose wisely and use my PR entries at tournaments that will help me get back to where I want to be.

“I am continuing my training/rehab and plan on returning to competition later this summer.

“I will now use my two grand slam PR entries for the US Open and the Australian Open.

“Thank you for all the amazing messages of support. I love you guys and can’t wait to see everyone again soon.”