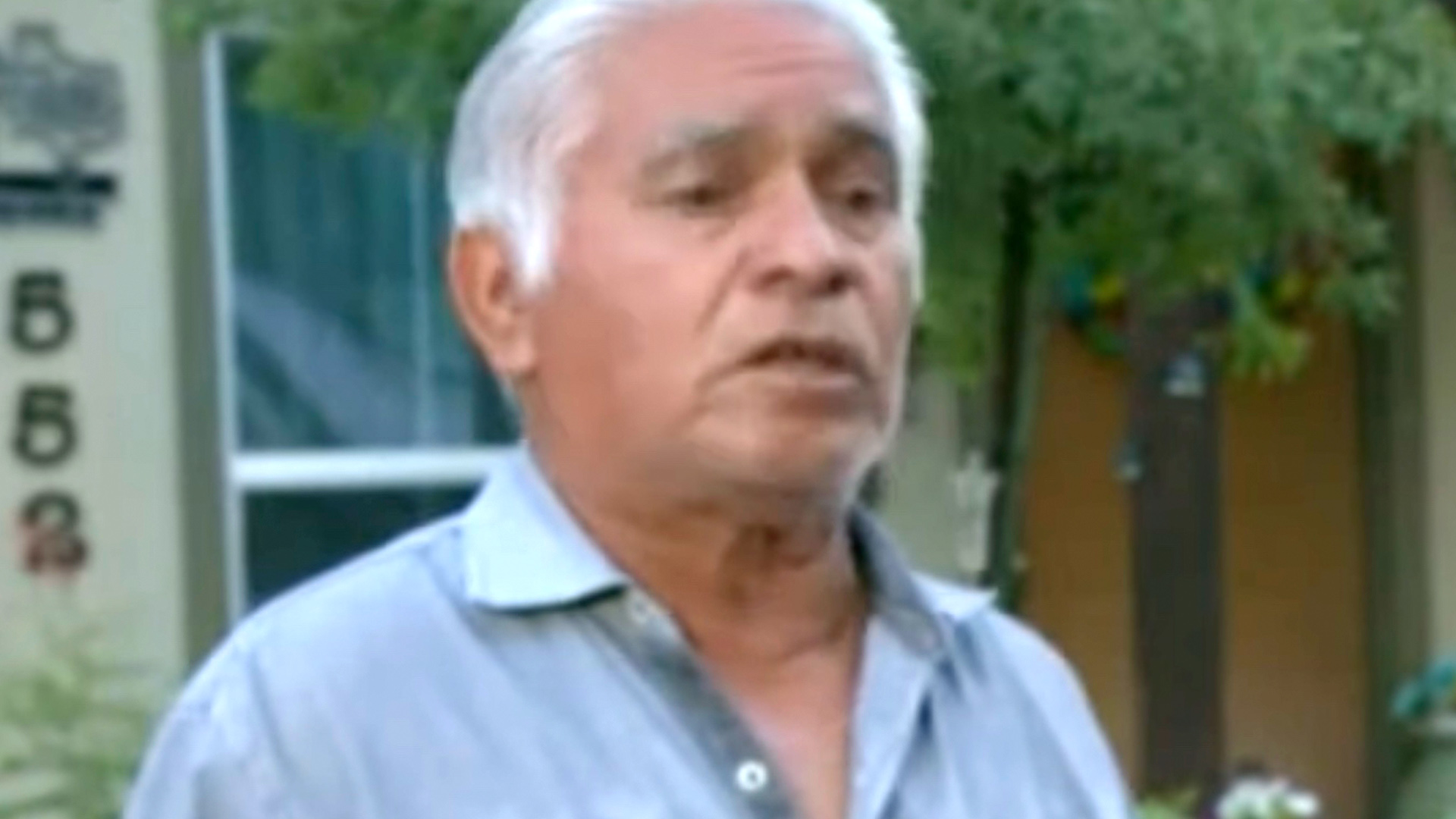 
THE Robb Elementary school shooter got into a spat with his grandmother over a phone bill moments before he shot her and massacred 21 people.

Suspected shooter Salvador Ramos, 18, crashed his vehicle near the elementary school in Uvalde, Texas, before storming into a fourth-grade classroom and opening fire on Tuesday morning.

Texas Governor Greg Abbott revealed on Wednesday that Ramos got into an argument with his grandmother, whom the Daily Mail has reportedly identified as Celia Gonzalez, and shot her in the face.

Ramos’ grandfather, Ronald Reyes, told ABC News that his grandson didn’t go to school last year and spent a lot of time alone in his room.

Reyes, 74, revealed Ramos had a minor argument with his grandmother over the payment of a phone bill, but nothing significant.

Aside from that, Reyes said there were no signs the morning of the shooting that anything unusual was going to happen.

The suspect’s grandmother, who he shot in the forehead, is undergoing surgery on Wednesday, Reyes said, and believes she will survive.

The 74-year-old told the outlet he had no idea that the suspect had purchased the weapons or that they were in his house.

Reyes, who has a past felony conviction, cannot have firearms in his house, saying he would have turned his grandson in if he knew.

On Wednesday, officials revealed that Ramos bought two weapons used in the attack on his 18th birthday.

Ramos purchased two AR-style rifles on May 17 and 20.

One was left in Ramos’ crashed car. The other, a Daniel Defense, was recovered from inside the elementary school.

He also bought 375 rounds of 5.56 ammunition on May 18. In addition, seven 30-round magazines were discovered inside the school, according to records.

According to the Republican governor, 30 minutes before the school shooting, Ramos posted: “I’m going to shoot my grandmother.”

In a follow-up post, he wrote: “I shot my grandmother,” according to Abbott.

Less than 15 minutes later, Ramos posted: “I’m going to shoot an elementary school,” the governor said during the press conference.

Meta Communications Director Andy Stone said the messages that Abbott described were private one-to-one text messages that were discovered after the tragedy occurred.

Abbott said Ramos gained access to the school via a backdoor to an empty classroom.

The gunman then went through a sliding door that connected the empty room to another classroom, where the carnage unfolded.

Abbott said the gunman was reportedly a high school dropout with no known criminal or mental health history.

Lt. Christopher Olivarez of the Texas Department of Public Safety told NBC’s Today on Wednesday that all the victims were in the same fourth-grade classroom.

Olivarez said the Ramos barricaded himself inside the classroom, “shooting anyone that was in his way.”

As the suspect shot at responding police officers, authorities were going around the campus, breaking windows and trying to evacuate children and staff.

They were then able to force entry into the classroom where the shooter was.

On Wednesday, Abbott reported that 17 additional victims sustained non-life-threatening injuries and are expected to survive.

Olivarez said multiple children were inside the classroom when the shots rang out.

“We do know that there were multiple children that did survive, that were injured,” he told Fox News.

“It’s a small classroom, you can have anywhere from 25 to 30 students in there, plus there were two teachers in there. … So don’t have an exact number of how many students were in that classroom, but it could vary.

MOM ‘SURPRISED’ OVER HER SON’S ACTIONS

Despite her son’s egregious act, Adriana Reyes told the Mail Ramos was not a “violent person” and was “surprised” by the horrific killing spree.

Speaking to the outlet from her mother’s bedside, Adriana admitted her son was a loner who “kept to himself and didn’t have many friends” but shot down claims she had a toxic relationship with him.

“My son wasn’t a violent person. I’m surprised by what he did,” the shooter’s mother told the Mail.

“I pray for those families. I’m praying for all of those innocent children. Yes, I am. They (the children) had no part in this. I had a good relationship with him. He kept to himself; he didn’t have many friends.”

She said she last spoke to Ramos last Monday, on his birthday, telling the Mail she had a “card and Snoopy stuffed animal” that she was going to gift him.

Adriana was unsure why Ramos shot her mother but said she and her sister would care for her until she recovered.

She added that her mother could not smile but “knows she is there for her.”

The two teachers have been identified as Eva Mireles and Irma Garcia, who died while trying to protect their students.

The children killed were aged between seven and 11.

Amerie’s grandmother Berlinda Irene Arreola told the Daily Beast that the gunman reportedly told students that they were going to die.

Amerie was shot dead as tried to call 911 and her best friend was reportedly left covered in blood.

Arreola said: “She had her phone and she called 911 and instead of grabbing it and breaking it or taking it from her, he shot her.”

She added Amerie died a hero because she tried to call the emergency services.

Amerie had just received an award for getting on the A-B honor roll.

The shooting became the worst elementary school massacre since Sandy Hook in 2012.

It surpassed the number of dead in the Marjory Stoneman Douglas High School shooting, which left 17 teens dead and 17 others injured on Valentine’s Day in 2018. 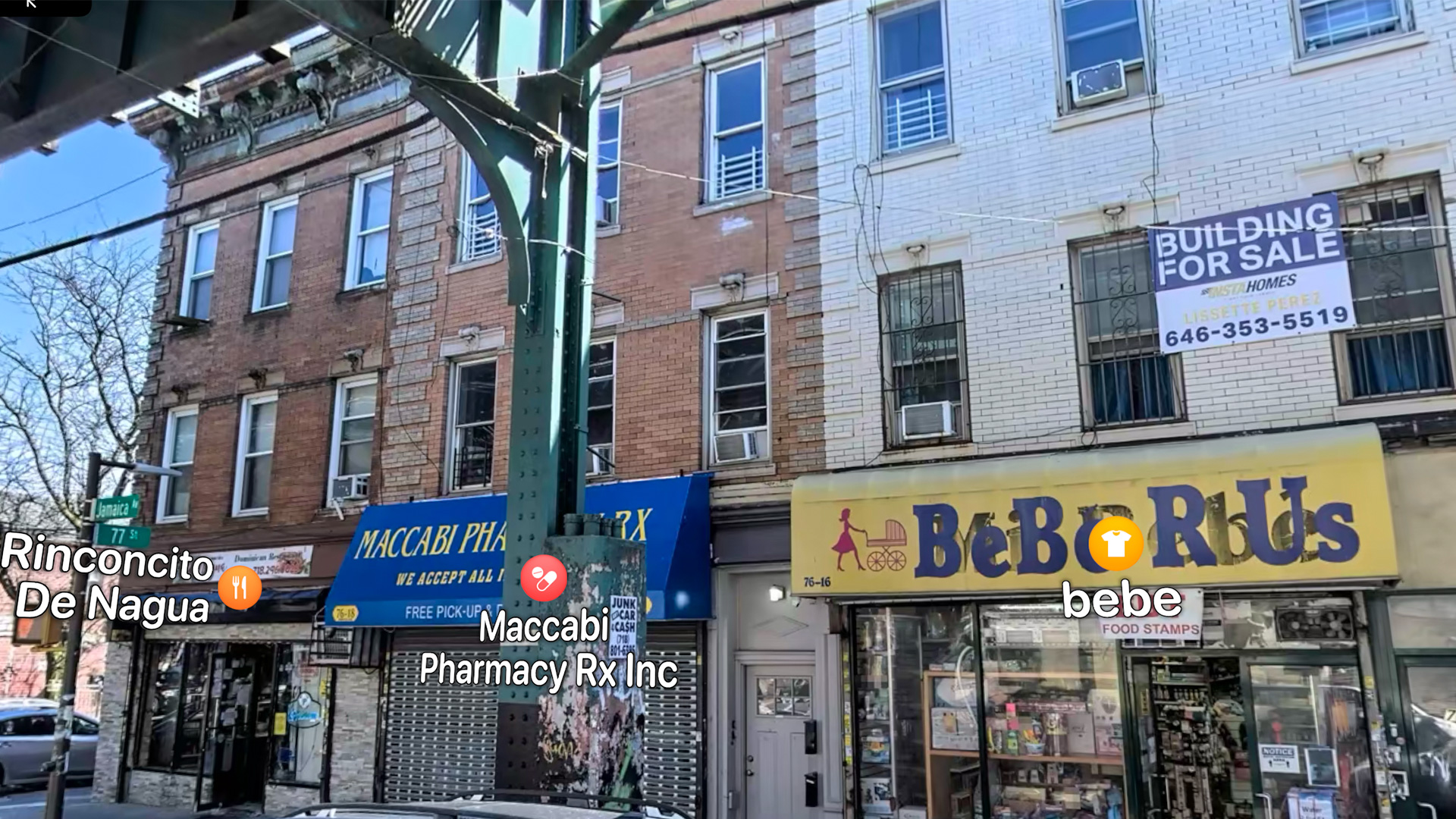 Mystery of rotting body found under a couch may have been... 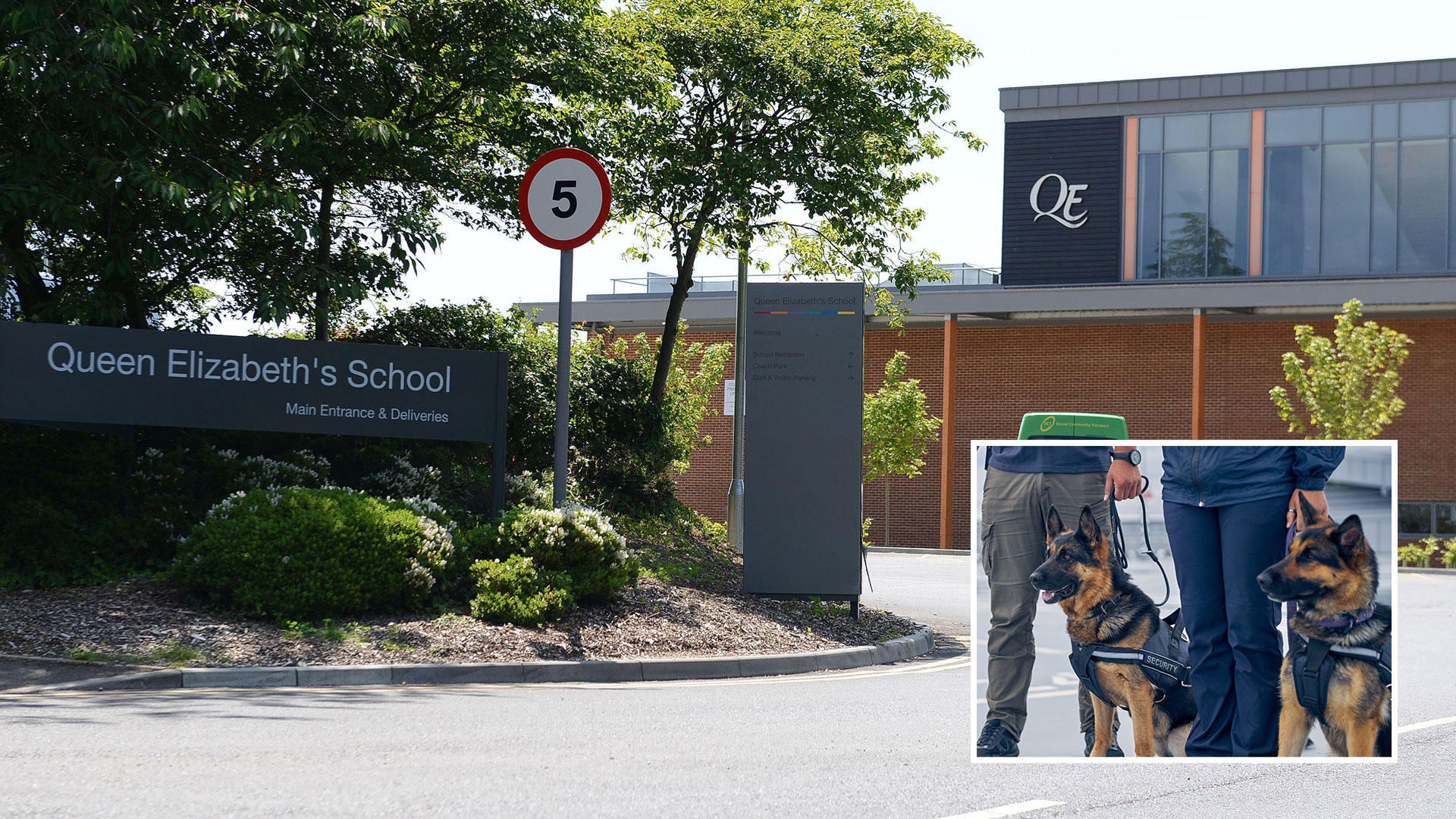 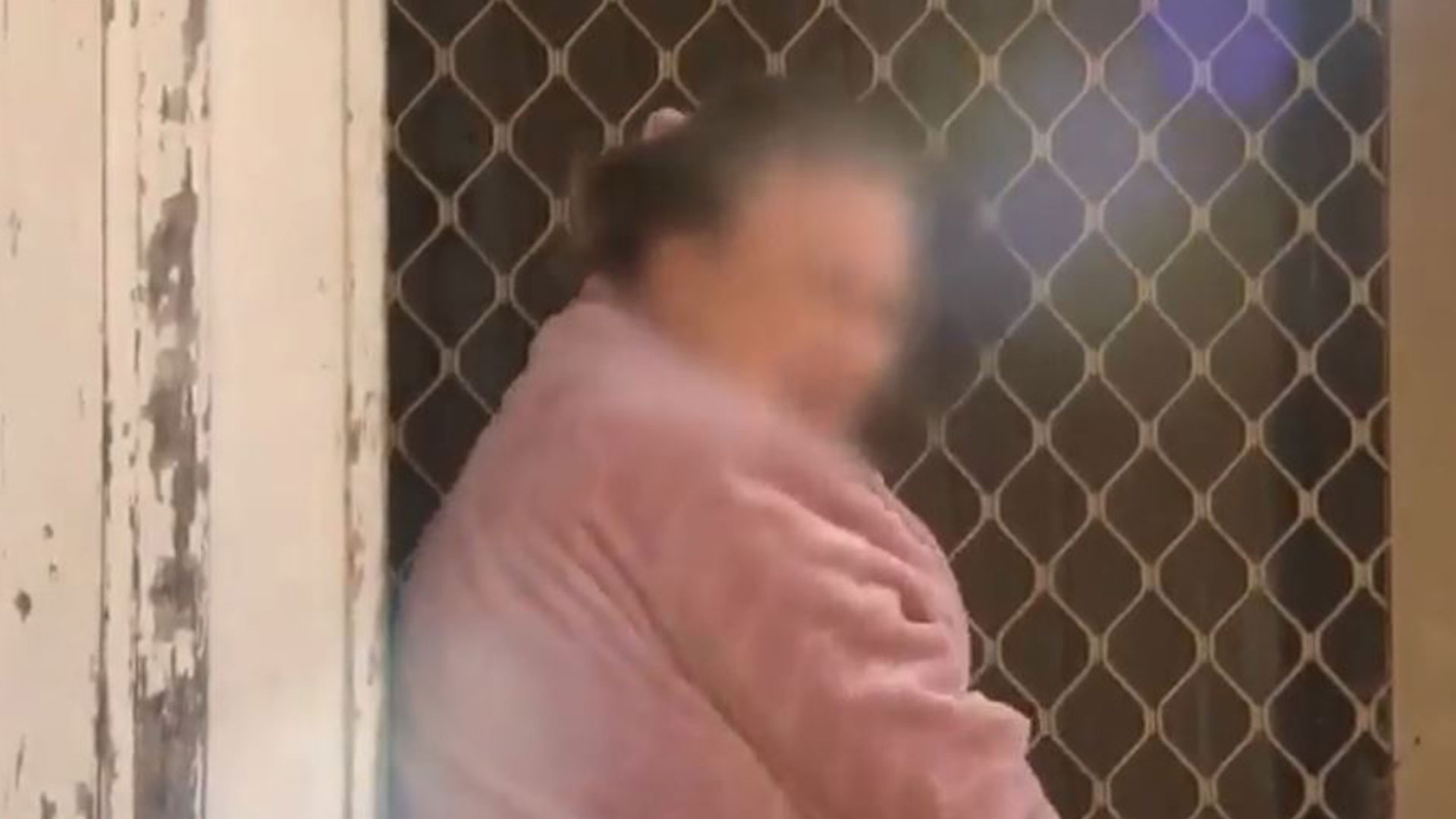 My street STINKS after a neighbour has allowed it to be...