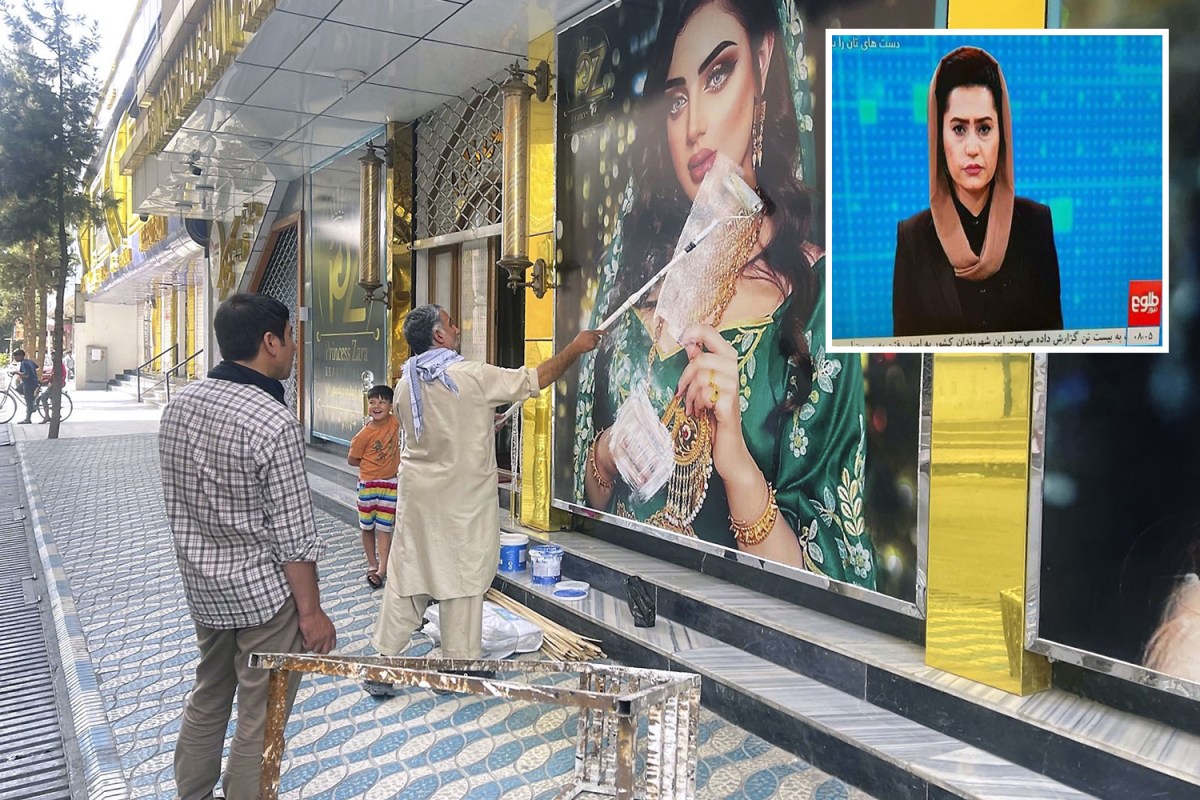 
TALIBAN fighters have reportedly marked the doors of prominent Afghan women with paint as several female anchors are axed from TV in a chilling crackdown.

Female journalists in Afghanistan are fearing for their lives and many have been “taken off air” as the Taliban’s reign of terror begins after the jihadi army seized Kabul.

Homira Rezai, who grew up in the war-torn country until she was 13 and now lives in Dudley, described how the militants were already drawing up lists of women to target for future punishments.

She told BBC Women’s Hour: “Just an hour ago, I received an update from Kabul where they are going house to house searching for women who were activists, women who were bloggers, Youtubers, any women who had a role in the development of civil society in Afghanistan.

“They are going door to door targeting those women and marking the doors with bright pink or bright-coloured paint to ensure ‘this is the house we need to come back to and do something about them’.”

Journalist Amie Ferris-Rotman said the Taliban had been going door to door on Monday hunting for female activists, journalists and government workers.

She tweeted: “Over the past hour, several Afghan female friends in Kabul told me the Taliban are in their neighbourhoods, going house to house, looking for women in govt and media, making lists.

“One sent me a photo from her living room showing armed Talibs outside. ‘I love you,’ she wrote.”

Women and girls are believed to be some of the most at-risk under the new Taliban regime.

And in a haunting sign of the brutality of the regime, Afghanistan’s first female mayor said she is now waiting for militants to come and kill her.

Zarifa Ghafari, 27, told i on Sunday: “I’m sitting here waiting for them to come. There is no one to help me or my family.

“I’m just sitting with them and my husband. And they will come for people like me and kill me. I can’t leave my family.”

And journalist Mustafa Kazemi said “most” television channels have now taken their female anchors off screen.

“Most television channels have moderated their broadcasting. Most channels have taken their female anchors off the screen,” he said.

“No music has been played in most channels since this morning. Media is going toward Talibanization.”

I am particularly concerned by accounts of mounting human rights violations against the women and girls of Afghanistan.

On Monday, Tolo News and 1TV mostly repeated programmes from the day before, while State TV, which was taken over by the Taliban at the weekend, largely aired religious shows.

But Kazemi noted one private TV channel was still broadcasting a female anchor without the full Islamic veil.

And Tolo News also resumed broadcasting with female anchors this morning after its office in Kabul was raided by the Taliban on Monday.

“I am particularly concerned by accounts of mounting human rights violations against the women and girls of Afghanistan,” he said.

“We cannot and must not abandon the people of Afghanistan.”

Afghanistan’s UN ambassador Ghulam Isaczai warned the Security Council on Monday that women and girls are “about to lose their freedom to go to school, to work and to participate in the political, economic, and social life of the country”.