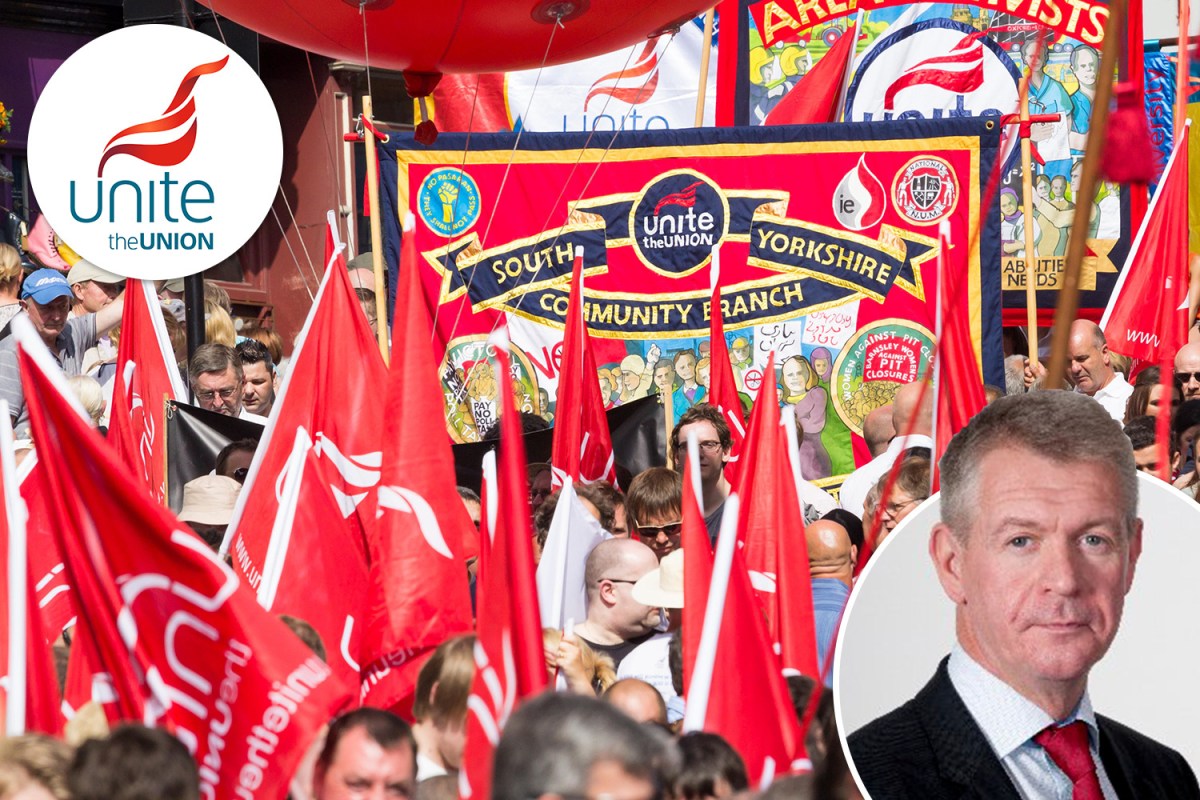 
WE all deserve a break after a tough year.

After enjoying the Olympics and a rainy barbecue or two, it’s high time to pack up for a much-needed holiday.

But before you switch off for the summer, I want to ask all Sun readers who are members of Unite the Union to do one more important thing.

I want you to vote in Unite’s election for General Secretary, and to vote for change by supporting me.

Many readers won’t know much about Unite the Union. But you will know of its outgoing General Secretary Len McCluskey, and you may be familiar with his constant meddling in Labour Party politics.

You may also have heard that Unite the Union has spent £98million building a luxury hotel and conference centre in Birmingham.

If that sounds barmy to you,  you are not alone. I think Unite should be a trade union, not a property developer.

If I am elected General Secretary all this will stop. Unite will focus instead on the jobs, pay and conditions of its million-plus members. We will put aside the hard-left politics and the pet projects and we will put our members first once again.

The amazing fact is that Sun readers could settle this election in five minutes.

Turnout in union elections is very low,   only one in eight voted last time. If the many thousands of Unite members who buy and read this paper decided to cast their vote, it would be decisive.

So why should you bother? Let me give you three reasons.

First, you pay a lot for your union membership, which costs nearly £200 a year for full-time employees. Do you want your money wasted on more hotel schemes?

One of the other candidates is promising to bankroll a Unite the Union TV station — and who will watch that? Don’t let your money get thrown down the drain.

Second, you may well need the protection and support of your trade union in the months ahead. Furlough is coming to an end. Companies and governments will be making cuts.

When that happens you need a trade union that puts you first. I will make sure you get real help from your union, not an answerphone message.

Third, if you don’t vote, you’ve given away your power to those who do.

I am standing against two hard-left candidates, one backed by the Communist Party and the other by the Socialist Workers Party. Their supporters will certainly vote, so you should use yours too.

Unite needs real change to tackle the challenges of the 21st century. Trade unions have a proud history of winning important rights at work — not least paid holidays, which took decades of campaigning by unions.

The challenges facing us today are more important than ever, and unions have just as big a role to play.

Many of us are now being asked to work much more flexibly than ever before,  but that mustn’t mean being messed about and pushed around by management.

More and more people are working with computers that can spy on our every move in order to boost profits. Fewer of us are being offered a good workplace pension scheme, and some of us are being told to give up our rights and become “gig workers”.

This makes the tech billionaires even richer but it is terrible for the rest of us because it pushes down everyone’s pay and conditions. Too often workers face unfair decisions by management, with little power to fight back on their own.

But a large trade union such as Unite, with a million members standing together and nearly £200million a year in income, can be a powerful force for good.

It’s about jobs, pay and conditions — and also fairness.

That’s what Unite the Union should stand for.

But for this to happen, you need to vote for change.

If you are a Unite member, your voting pack should already have been sent to your home address by post. It is  a white envelope with the Unite logo and “Election of General Secretary” printed below the address window. If  for some reason you do not have it, you can get a replacement ballot by emailing [email protected]

Then you need to mark your ballot, put it in the pre-paid return envelope and put that in a post box by Wednesday next week,  August 18.

If you are a member of Unite but don’t vote, then you can hardly complain next time your union does something that makes you groan. So use your power and cast your vote for Gerard Coyne.

And when you finally leave for a well-earned holiday, remember to add to your last-minute checklist: Have I posted my vote to #ChangeUnite?