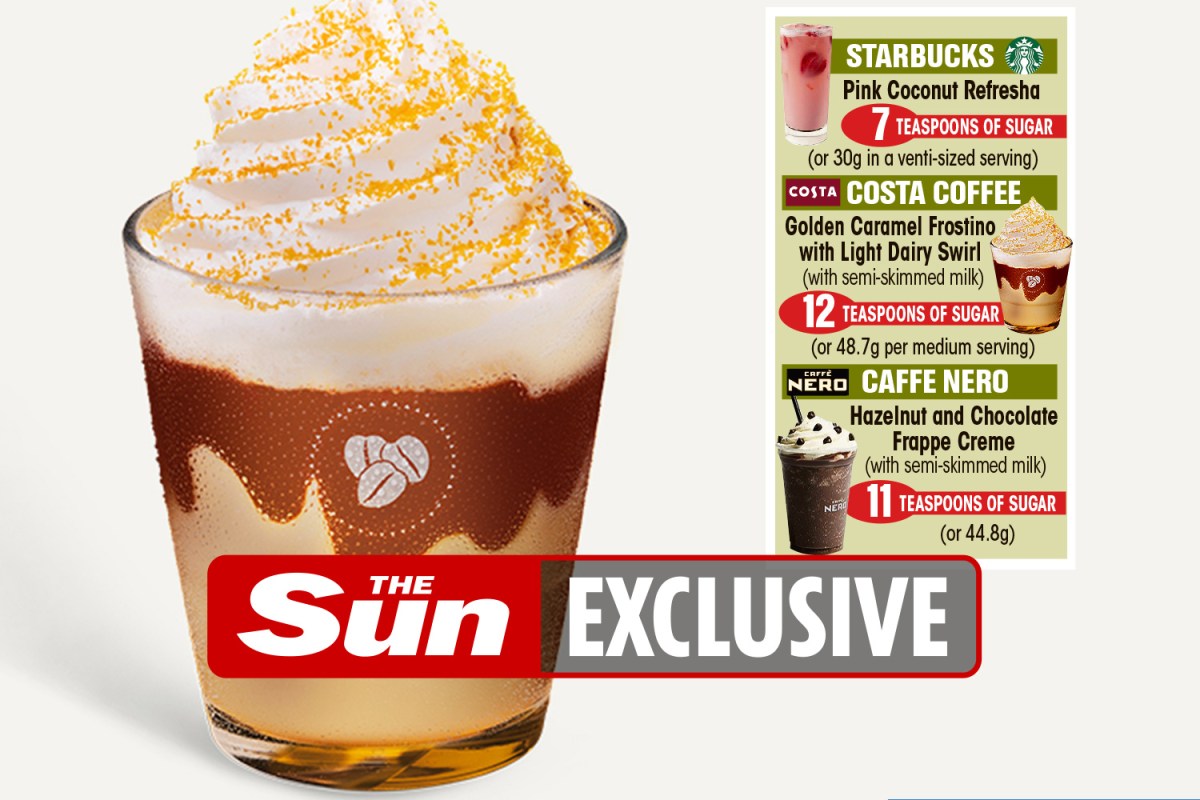 Researchers found the high street favourites are packed with almost two days’ worth of sugar in a single drink.

Costa Coffee’s Golden Caramel Frostino with Light Dairy Swirl has the equivalent of 48.7 grams in a single medium serving with semi-skimmed milk.

That is double the recommended limit of seven teaspoons.

Others include Caffe Nero’s Raspberry and White Chocolate Frappe Creme with 11 and a half teaspoons of sugar — 46 grams.

A McDonald’s Raspberry Ripple Iced Cooler has 11 teaspoons of sugar, or 43 grams, per large serving.

A regular version cuts it to seven and a half teaspoons, or 32 grams.

Starbucks’ iced tipple Pink Coconut Refresha in a large size contains seven teaspoons of sugar, the maximum for an adult in a day.

Our findings come just a week after Government food tsar Henry Dimbleby called for diet changes to tackle obesity and a tax on salty and sugary foods.

Paul Evans, of the British Obesity Society and School Health UK, said: “It is high time the food and restaurant industry took some responsibility for the excessive levels of sugar they are shovelling down peoples’ throats.”

Starbucks said that it is “committed to helping customers make informed and improved choices”.

Costa Coffee declined to comment and McDonald’s did not respond.

Holly Gabriel – Nutritionist at Action on Sugar, said: ”Year after year we see these huge, sugar laden flavoured drinks pop up at every occasion, with an unbelievable amount of sugar and calories, which damages our health.
“These drinks show that placing a reformulation tax on manufacturers, as proposed in the National Food Strategy, would discourage them from pouring in so much sugar in the first place, which would have a positive impact on our nation’s health.”