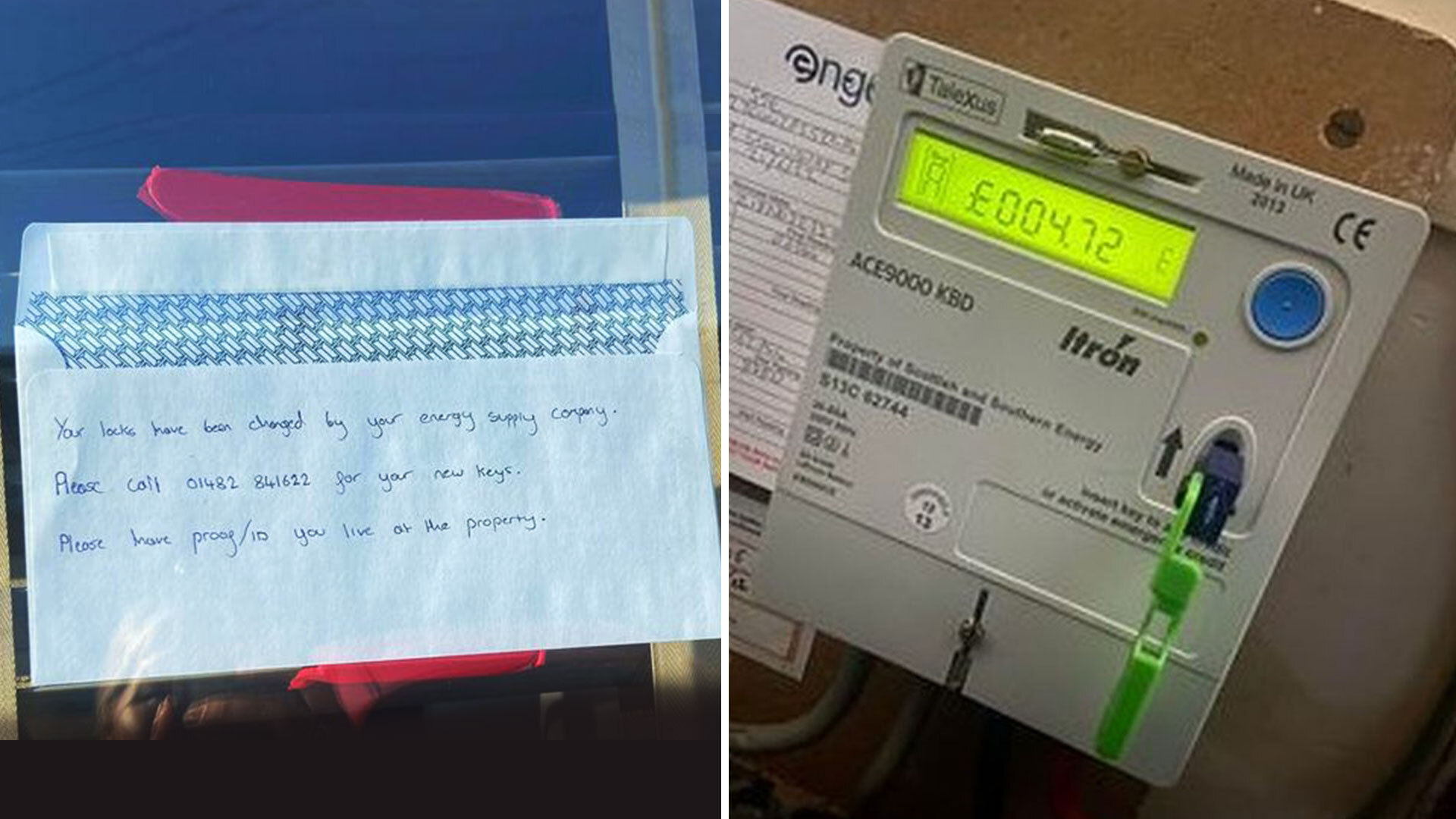 
A COUPLE say they were left feeling “sick” and “humiliated” after SSE Energy mistakenly broke into their home in a huge billing blunder.

Rachael Holgate from Hull isn’t an SSE Energy customer but the energy giant still forced entry into her home.

The 24-year-old and her partner told HullLive they were locked out of their home for four hours after it was broken into without their knowledge.

Their locks were changed and a note left on the door said they should contact the energy supply company to get new keys.

They have been left with a pre-payment that they can’t top up because they don’t have an account.

A pre-payment meter was installed but they don’t have an SSE account.

If you are in debt to your energy company and can’t – or won’t – pay your bill, a supplier is allowed to install a prepayment meter in your house.

The couple, who own their home, initially started getting letters from SSE Energy that were addressed to another man, which they returned to sender.

But bailiffs with a warrant from SSE Energy, now run by OVO Energy, installed a pre-paid meter at their home.

When the couple explained that the man did not live there, the bailiffs apologised and gave them a customer service number.

Rachel told HullLive that she spent “hours” on the phone but SSE would not discuss the issue with her because she doesn’t have an account.

She added: “They couldn’t even make a record of anything because there was no account to make notes on, so I had to explain myself over and over again.”

Rachel’s partner, who works as a bricklayer, had to miss one of his jobs that evening because he couldn’t get his tools from inside the house.

The pre-paid meter that had been installed in their cupboard had exactly £4.72 credit.

Rachel said: “With the price of energy nowadays, we are in such an awful position now.

“For our neighbours to break into out property is humiliating.”

HullLive said the error came from an “erroneous transfer”, which is when an energy company takes over the wrong account.

Rachel found a man from Hull on Facebook with the same name and asked if he had lived at the address, but he said he had never lived there.

She has now contacted the Energy Ombudsman in the hope of correcting the mistake.

SSE Energy told HullLive it could take up to 15 days to get back to Rachel and that she will have to use the meter.

A spokesman said: “We’re very sorry to Mrs Holgate for the inconvenience caused. We’re attempting to reach Mrs Holgate to apologise and provide a resolution”

But SSE Energy aren’t the only company to have made this mistake.

British Gas broke into the home of Dox Doherty in Durham after his flat was incorrectly logged as an address for a completely different person – who was the one in debt with the company.

The energy company told UK Times that it wrote to Dox’s flat address May telling him that it had applied for a warrant to change the meter, Dox claimed he received no warning.

Ofgem warned energy suppliers back in 2018 that they must only install prepayment meters by force to recover debt as a last resort.

That was following a report that some suppliers were using this tactic more often.

If a customer doesn’t agree to having a prepayment meter supplied, the supplier will need to obtain a warrant from court to enter the customer’s property.

There’s also fixed rules on the times they would ever be allowed to enter your home – they can’t come in between 9pm and 6am.

Just keep in mind that if you decide not to let a bailiff in, they could take things from outside your home like your car, to repay the debts you may owe.