Why has Tommy Fury been refused entry to the United States? Jake Paul fight in chaos 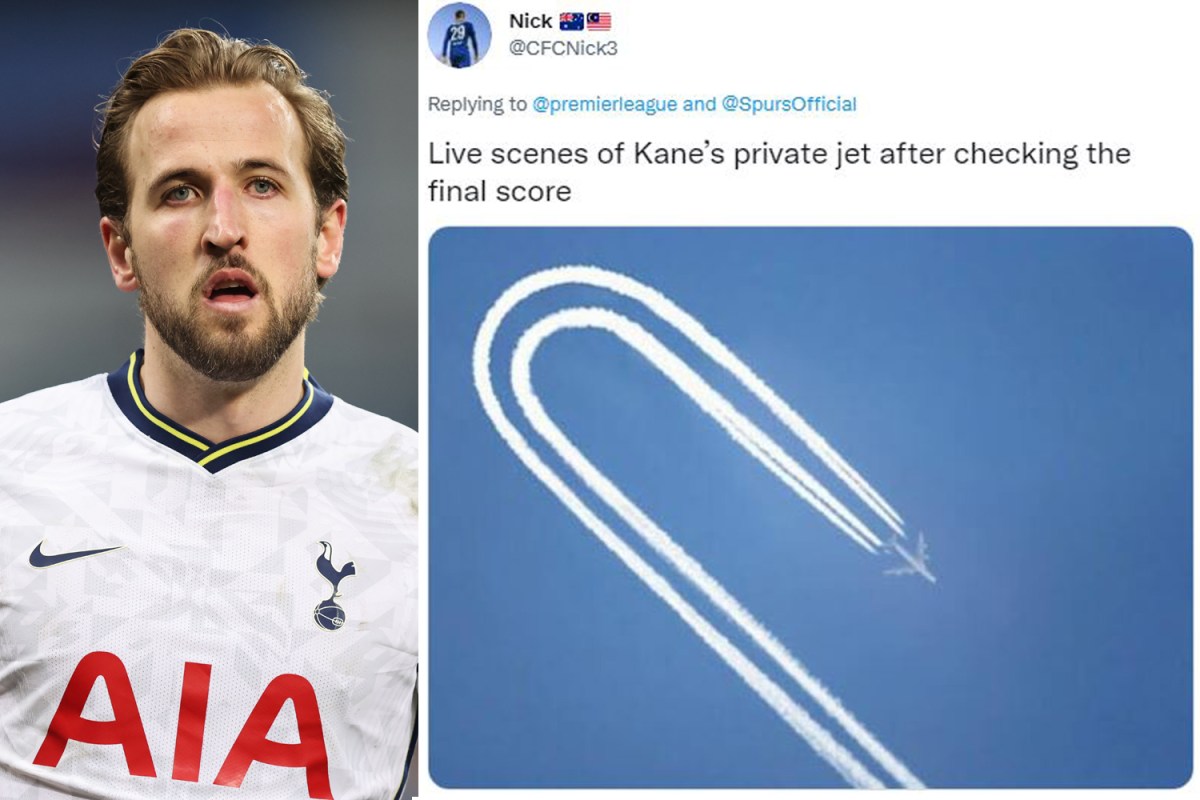 Kane, 28, missed the game as he was deemed not fit enough to play after missing pre-season training sessions.

The England captain was the subject of a £127million bid from City this week but Spurs fans clearly do not want him to leave.

And at the end of their win over Pep Guardiola’s side the stadium erupted into a chant of “Are you watching Harry Kane?”.

City are amongst the favourites for the Premier League title but Spurs countered their threats well throughout and a moment of quality from Heung-min Son was enough for all three points.

Supporters wanted to make it clear to Kane that grass is not always greener on the other side, with summer signing Jack Grealish struggling to make an impact on his first start for the Citizens.

Football fans on Twitter were quick to poke fun at the absent Kane too, with one posting the above gif of Ralph Hasenhuttl to suggest Kane may have stopped his initial celebrations in response to Son scoring.

Another added: “Tottenham just put up the price tag on Harry Kane with that result.”

A third posted “Live scenes of Kane’s private jet after checking the final score” and posted the image below of a plane making a U-turn.

And though the Spurs crowd were thinking of the missing Kane, matchwinner Son did not let his absent team-mate distract him.

He said post-match: “We are all professionals, we wanted to focus on this game, doesn’t matter who is involved. Everyone was really focused. Harry is so important for us. Let’s see.

“I was so focused I couldn’t hear (the ‘are you watching Harry Kane?’ chants). We are so professional. We just focus on this game because last season we didn’t start well against Everton. We wanted to start well. We did a great job, I want to enjoy this afternoon.”

US Navy accidentally releases unredacted UFO files before deleting them