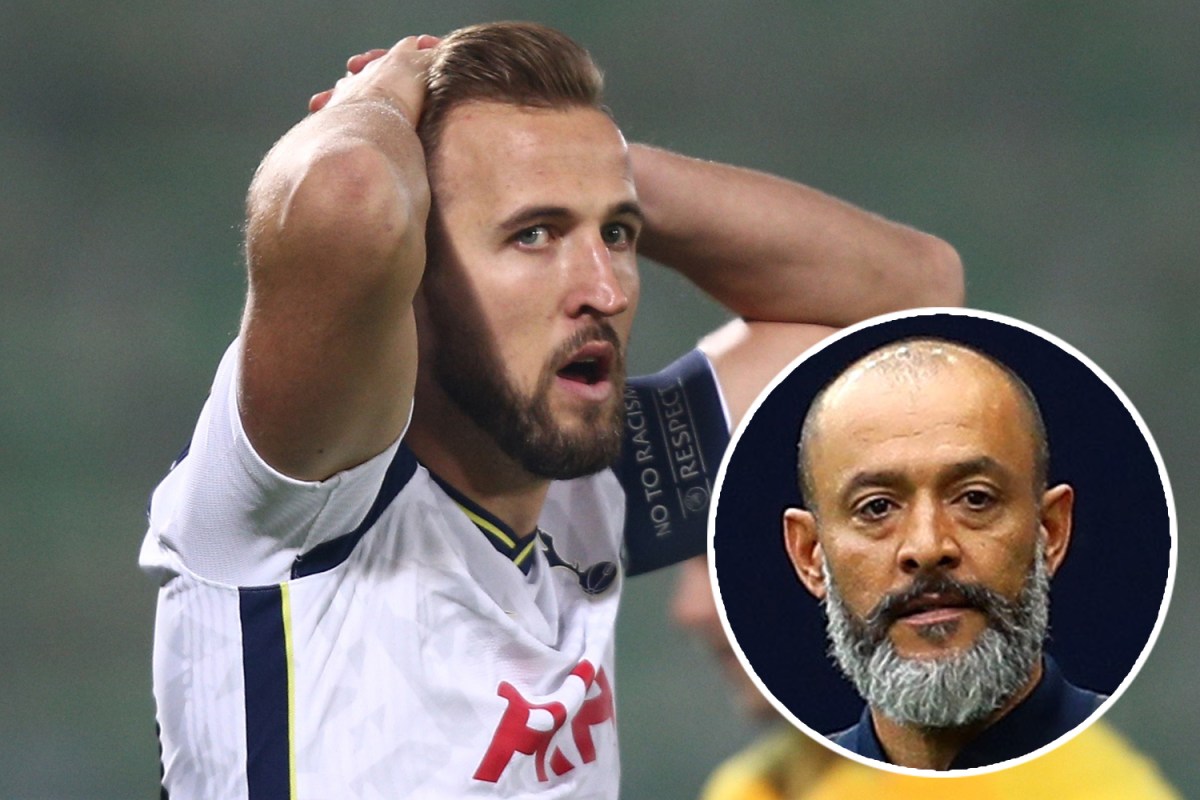 
NUNO ESPIRITO SANTO admits he ‘doesn’t know’ if Harry Kane will be available to face Wolves next week amid links with Manchester City.

The Tottenham striker and England captain, 28, missed his club’s 1-0 win over the champions today after being deemed not fit enough.

Kane has made it clear he wants to sign for Pep Guardiola’s side despite having three years left on his Spurs contract.

And with Daniel Levy reportedly holding out for a record £150million transfer fee from City, it remains to be seen if Kane stays in the capital.

The talismanic forward was certainly not missed on Sunday as Son Heung-Min’s sizzling strike saw Spurs sink City 1-0 in front of a jubilant home crowd.

The South Korean superstar led the attack with aplomb as he secured a victory on Nuno’s debut game.

And the new gaffer admits his forward line could remain the same next weekend against old side Wolves, as he is still unsure whether Kane will be available.

Also looking ahead to Thursday’ Europa Conference League qualifier against Portuguese side Pacos de Ferreira, Nuno said: “Harry is one of the best players in the world.

“We are very lucky to have him. He has to get ready and help the team.”

Asked if he thought Kane would play against Wolves nex weekend, he added: “I don’t know. We still have to go to Portugal and then we think about Wolves.”

“The delay, all these things, I think Harry needs to work, he worked today.

“He’ll keep working until he is ready to help the team.”

And on Friday, Nuno maintained his relationship with Kane was fine after a brief talk, explaining: “The decisions are not only based on fitness. It’s based on many, many aspects.

“Harry joined the group today. He trained. We had a talk. Of course it’s a private conversation but everything is OK.”