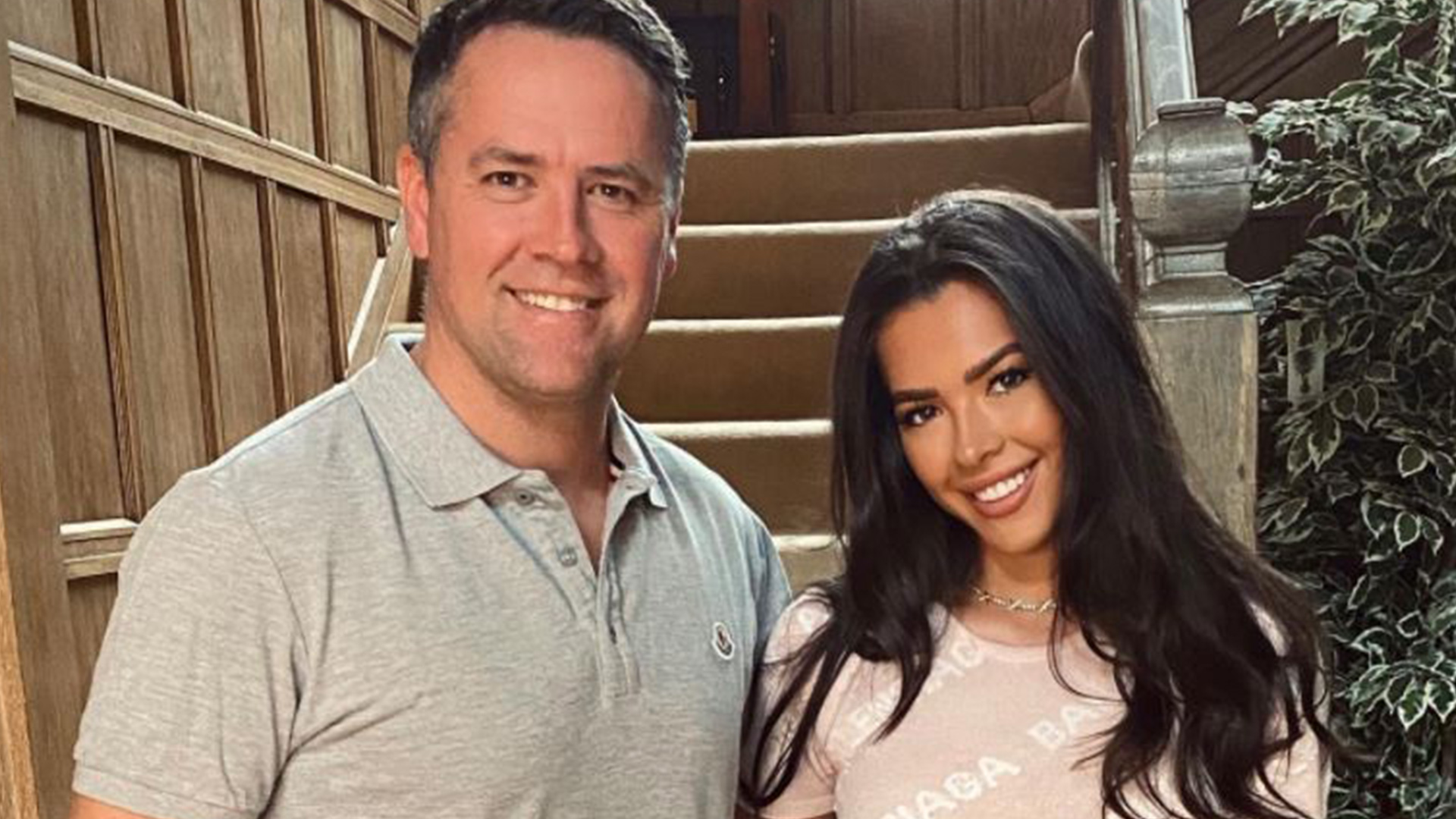 The former England player can’t go anywhere nowadays without being asked about Gemma, his daughter who has headed off to ITV2’s Love Island in search of fame.

He visited Germany last week to ­commentate on an England game and the first thing he gets asked about is his daughter on reality TV.

How the mighty have fallen.

In short, he will from now on be known as “Gemma Owen’s dad”.

Not as that bloke who used to knock a football around but as one who now mostly, just, well, knocks around.

Poor man. It must be absolute hell.

Except, in among the public’s apparent empathy for him, what I’ve found most objectionable are his own comments that this is “every father’s worst nightmare”.

Granted, the show has its knockers — mostly perky, cosmetically enhanced ones — but I’m pretty sure there are worse things for a father to endure.

It’s the underlying — or perhaps even outright — suggestion that because he is the father and Gemma his “princess”, that it must be unbearable for him to watch her parade in next to nothing, snogging fellas and sharing a bed with a bloke she’s only known for five minutes.

For me, the suggestion is wholly sexist.

Why on earth would it not, potentially, be MY worst nightmare as a mother to see my daughter — or son, for that matter — on screen touting their wares?

Why is it worse for a man?

Does this not hark back to the days when girls were feeble, helpless beings, entirely dependent on their fathers for their future?

Next you’ll be telling me she’s been sitting at home waiting for her dad to build up a decent dowry before he finds her a suitable husband — but to his grave disappointment, she instead chose reality TV.

I could equally find myself in Michael’s position in any season of Love Island, from here on in.

Either would be quite capable — and legally permitted — to announce to me that they are heading off to Mallorca to strip down to their itsy-bitsy bikinis and have fumbles under the covers on national TV.

I would not see it as a “nightmare”.

But as my youngest daughter rather eloquently points out, she wouldn’t do the show because she fears it would limit her options in future.

She worries it would mar her chances of a decent career.

Which is a refreshing concept.

Especially as we know all the Love Islanders are on the show to invent one (a career) and create more life options for themselves.

I’m hugely relieved that this is her attitude.

Maybe my experience of fame has put her right off but I think at the very core of her — like it always was with me — is the principle that if she’s going to make it big in whatever field she chooses, it should be of her own making and through hard graft.

And therein lies the rub. I can’t help feeling utterly resistant to Gemma’s presence on the show.

Of course, she’s got everything it takes — the new teeth, long hair, pretty face and cracking body (sorry, Michael, but I won’t be the only one who is thinking it).

But this girl is there purely due to the blood, sweat and tears her father shed on the pitch.

She has earned herself membership of the Love Island club by proxy.

She basically slid on to the show off the back of someone else’s fame.

Of course, I have no way of knowing whether she would be on the show if her dad had not been a renowned footballer — but we can all make an educated guess.

To that end, I do feel sad for her.

As a competent dressage rider, you’d think she would want to steer clear of the celebrity world.

But then she is an adult.

She is entitled to make the decision for herself, although I’m pretty sure Michael and I would agree that even though society judges our children to be adults from 18 onwards, they are still fundamentally very young.

Is it really sage to put people in this kind of environment so young?

Ought there not to be a minimum age of 21? It makes me feel uncomfortable.

Perhaps this is because there wouldn’t be a cat in hell’s chance of me having gone on Love Island at that age. I’d have been too self-conscious — but then when I was that age, we didn’t even have mobile phones.

Before I start to sound like a boring old curmudgeon, I have to admit the addictive aspect of the show is something I cannot get away from.

But I still maintain we need a Love Island for the fortysomethings and fiftysomethings. Imagine all the mid-life crises, saggy boobs, hot flushes and grumpy old blokes.

Come on, Michael. We should do it together, to see Gemma’s reaction.

I love horses, but don’t ask me for a tip

HORSES were my first love.

Until boys came along, they distracted me and subsequently ruined me.

And I can’t deny I was overwhelmed by feelings of guilt this week when I attended Royal Ascot for the first time.

We’re in the midst of a cost-of-living crisis and there I was getting dolled up, plonking some kind of hat situation on my head (which had to be more than 10cm in diameter because I was in the Royal Enclosure), quaffing alcohol in the sunshine – seemingly without a care in the world.

Momentarily, it felt as if all was good. It truly was a wonderful experience.

The sun shone. I drank rum. Had lovely food and laughed like a drain with friends.

Did I have a flutter on the gee-gees?

Well, it would have been rude not to.

But I won nothing.

Because as you know, with horses and with men, I only back losers.

PETER ANDRE is a decent enough guy, with or without a chipolata.

But I can’t deny feeling a bit disenchanted when I saw he’d splashed the cash on a very flash Audi worth £25,000 for his oldest son, Junior, who has just turned 17 – and has yet to pass his driving test.

The icing on the cake was a personalised number plate, which without doubt will have set him back a couple of thousand squids.

I get it. In the past, temptation would have got the better of me, too. I may have been guilty of indulging my Ungratefuls with lavish gifts to mark birthdays, or as a reward for the amazing young people they had become.

But no more. I fear it’s a big mistake.

Showing monetary generosity to our children is something we do because we either have more money than sense or because we mistakenly think it articulates and communicates our love for them.

We think it shows we do not wish them to have as hard a time as we might have had when we were younger.

From my perspective, the latter was certainly true.

I’d always been a grafter and some foolish part of my parental heart wanted to spare my kids that aspect of life.

To effectively hand them something for nothing.

All it teaches them is to know the cost of everything (£25k, people!) and the value of nothing.

Because the gift hasn’t been properly earned – it’s gratuitous and unnecessary.

And Pete, have you thought about the cost of the insurance?

FINALLY some good news about ageing.

A survey for an over-50s dating app claims women feel their sexiest at 53, which happens to be Jennifer Aniston’s age.

Not scientific, but I’ll take this little glimmer of anecdotal hope.

Nearly half of those questioned in the survey said they now feel more confident and more comfortable in their own skin.

A fifth claimed their dating life is spicier and more exciting.

I can identify with all this and have been singing about it for the past few years.

I’ve definitely let go of many insecurities and inhibitions – and when it comes to sex, I feel I’m in my prime.

It’s a mix of caring less about what others think and putting to excellent use the experience I’ve garnered from the past few decades.

It’s about accepting your body for what it is and how it looks and what it has done, realising that there are many men out there who put greater value on an antique than they do on a new self-assembly Ikea unit.

Age and experience add layers of depth, interest and fascination.

Women are no longer ageing in the same detrimental way as they did previously, when purple rinses and beige macs ensured they melted into the background.

We are loud and we are proud – and ensuring we are seen, heard and valued.

We are the ones who are swinging from the chandeliers.