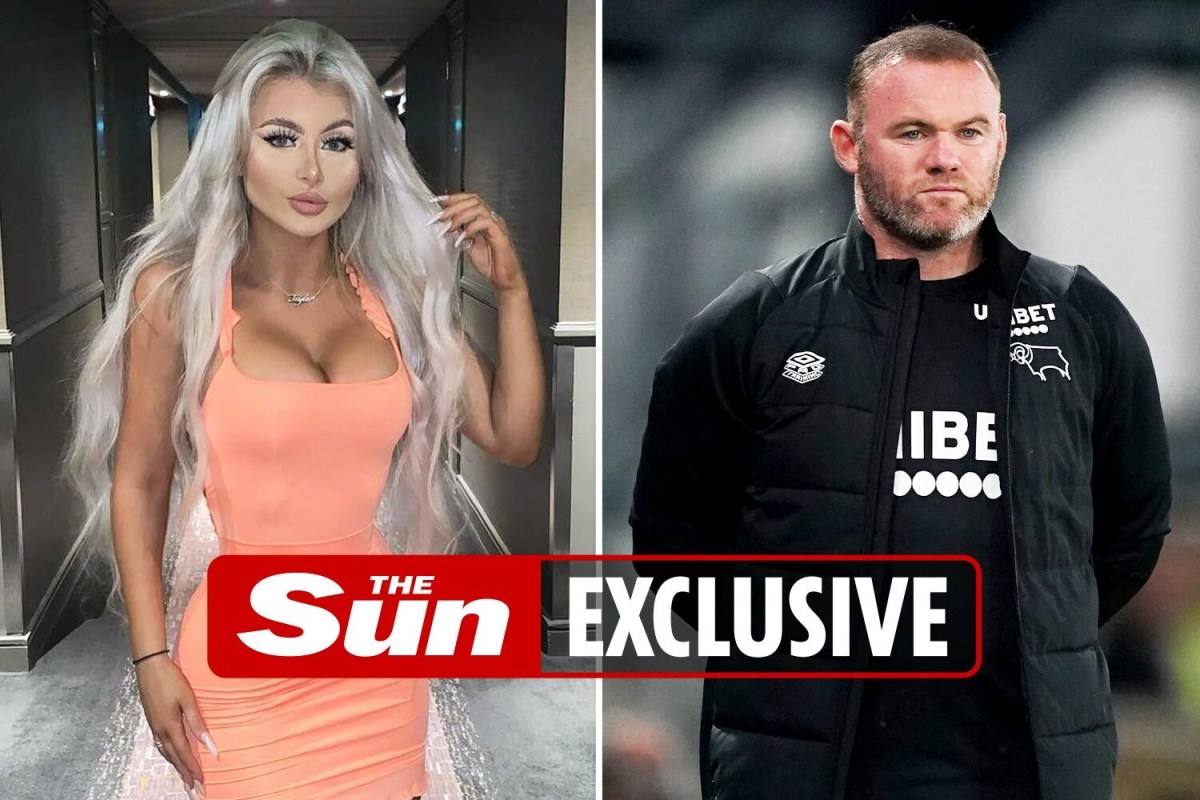 
SNAPCHAT model Tayler Ryan has flogged the skimpy outfit she was wearing when she posed with a bleary-eyed Wayne Rooney — bagging £40.

Tayler, 21, was one of three girls who snapped the ex-Manchester United hero, 35, in their budget hotel room after a boozy night out in the city.

In some photos the married dad of four was seen slumped fully-clothed in a chair.

Tayler was wearing a blue strappy top that barely covered her chest and matching mini-skirt in selfies with the Derby County manager.

The “stretchy size six” outfit was modelled by someone else.

The item was listed a week ago. Tayler has several other revealing outfits on offer on her Depop page.

In some she models the gear herself and in others she uses images from the net.

She has so far sold 155 pieces of clothing and accessories on the site.