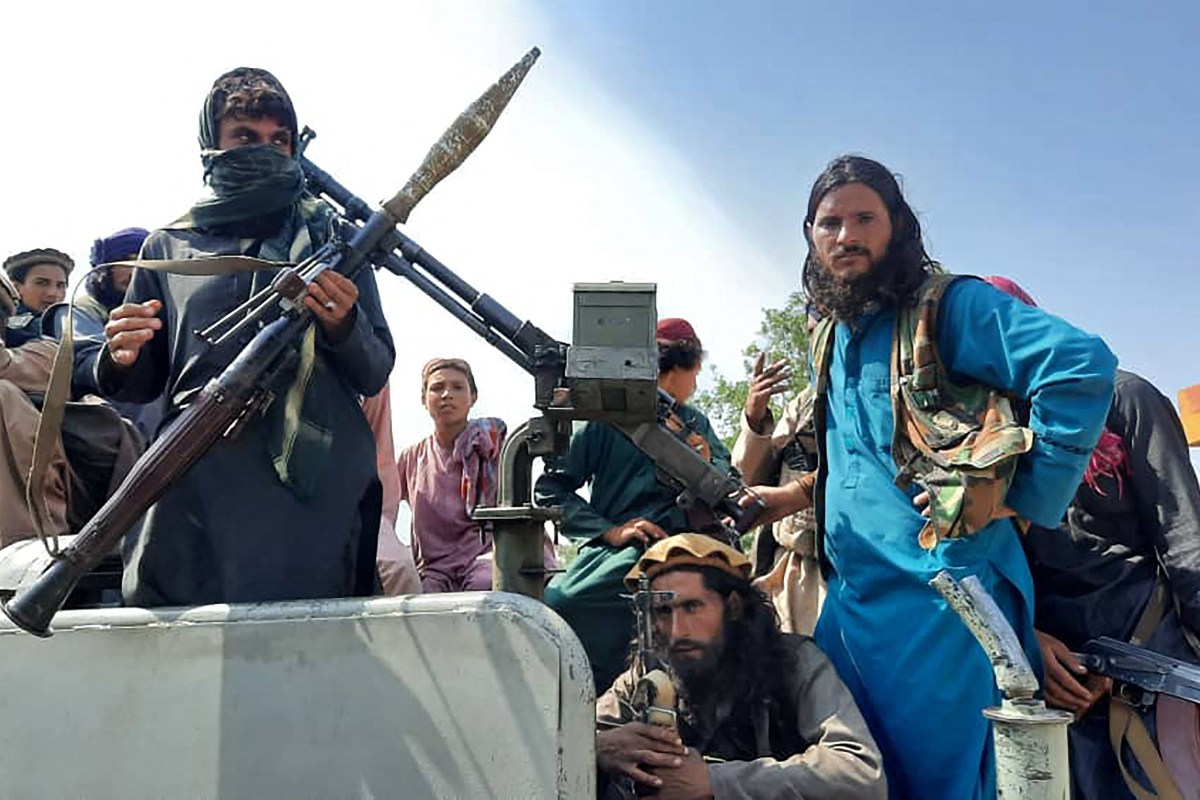 THE barbarians are not just at the gates, they are lounging in the presidential palace, too.

Kabul will fall entirely to the murderous Taliban within hours and the Afghan president is on the run.

By the end of the week most Americans and Brits will have fled, too.

Pathetically, the coalition built in the wake of 9/11 is now desperately hoping fanatical Taliban leaders aren’t lying when they say they want a peaceful transfer of power.

We pray our 600 hero Paras can safely evacuate the 4,000 UK citizens and allies without further violence.

Enough British blood has been spilt.

But what a pitiful, shaming and humiliating sight it will prove to be.

Having made the disastrous decision to pull out, Sleepy Joe Biden and his administration were caught napping by the speed of the Taliban advance.

Failure to realise Afghan cities would fall so quickly was a monumental error by US intelligence.

Biden ignored repeated warnings, then withdrew crucial air support for the Afghan army it has spent billions arming over 20 years

It was an action which borders on the criminal.

A total and unnecessary moral failure which left Britain powerless.

US Secretary of State Antony Blinken blithely states that staying in Afghanistan is “not in the national interest”.

This, breathtakingly, ignores the very real threat of Kabul once again becoming a cradle for international Islamic terrorism.

That is in all our interests.

And what of the poor, terrified Afghan people now?

As they watch the last of the US choppers heading off into the dusty sunset, the country’s 18million women will be bracing themselves for the return of the world’s most brutal misogynists.

Their rights wiped out, many in Kabul who were enjoying Western-style freedoms, were last night covering their faces and heads once more.

What do ultra-woke Biden and his Vice President Kamala Harris have to say about that?

Their cowardly silence is deafening.

The Afghan government has collapsed, food will likely run out.

For a brave and proud people, all is terrifyingly bleak.

RECORD numbers of migrants crossed the Channel this weekend helped by the criminal gangs who ruthlessly exploit them.

Britain gave France £54million of tax-payers’ cash to tackle the problem on their side of the water but there is precious little evidence of them doing so.

This is more than a Home Secretary’s patience wearing thin.

Lives are at stake.

She must now hold them to their word.