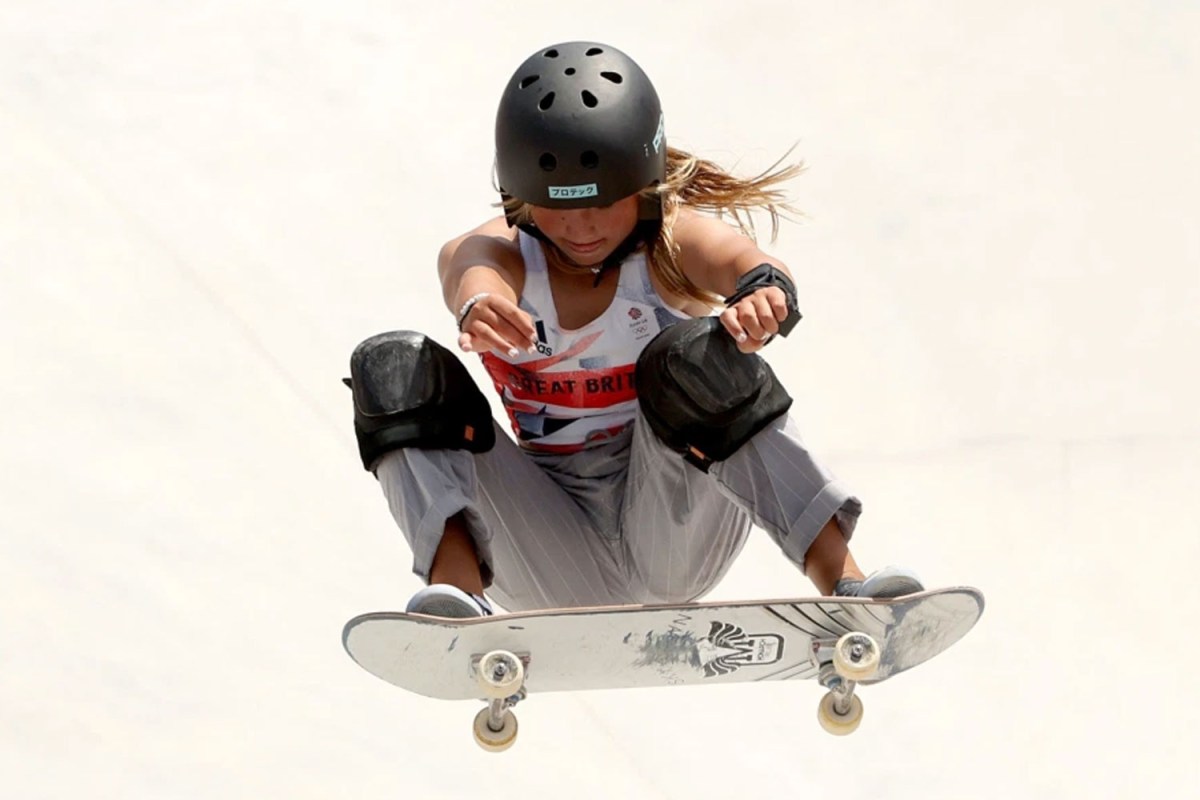 SKY Brown is a force of nature — a ­British inspiration to kids the world over.

The achievements of her first 13 years defy belief like her skateboarding defies gravity.

A million Instagram followers, a ­single, a book, a Barbie in her image, victory on TV’s Dancing With the Stars in the US.

Now, to cap the lot, an Olympic medal for a stunning turn round the skate bowl. Oh, and a Nike deal and a £3.5million fortune already banked.

What is truly exceptional is her courage. Many would have given up risky sports after the near-death accident she had last year. Her mum advised it too. No chance, said Sky. It just made her stronger and more determined.

What she can now achieve with that level of resolve at her age boggles the mind. And what an asset Sky has been to Team GB. But let’s not overlook the other young Olympians who have brightened our mornings so thrillingly over the last fortnight.

Like 16-year-old twins Jennifer and Jessica Gadirova, who won bronze in gymnastics. And Keely Hodgkinson, 19, who memorably swore on TV when she realised she had broken the British record winning silver in the 800 metres.

These Covid-hit Games could never have the magic of London or Rio. But they have still been gripping, even the new events. Who knew speed climbing could have us on the edge of our seats?

The Sun is hugely proud of all our winners and medallists. And it’s not over yet.

IT’S still far from easy to get your head round it, but at least we now know where we stand on travel.

No quarantine for the double-jabbed coming from France. Good.

Spain remains amber, but those out there may now need a pricey PCR test.

The Sun wanted a simple green/red system indicating go or no-go. This is far from that. But we say to the Government: Enough, now.

We only have a month of summer before the schools go back. Endlessly chopping and changing the rules causes misery for those who have booked to go abroad, or still aim to.

Let’s stick to this.

CHARLIE Watts hasn’t missed a beat in all his years with the Stones.

So it will gall the drummer having to pull out of part of their new tour to get over an op. Get well soon, Charlie . . .

If you can survive 58 years alongside Jagger and Richards you can come through anything.

Team GB’s Sky Brown, 13, says parents BANNED her from skateboarding after horror crash before she won bronze at Olympics