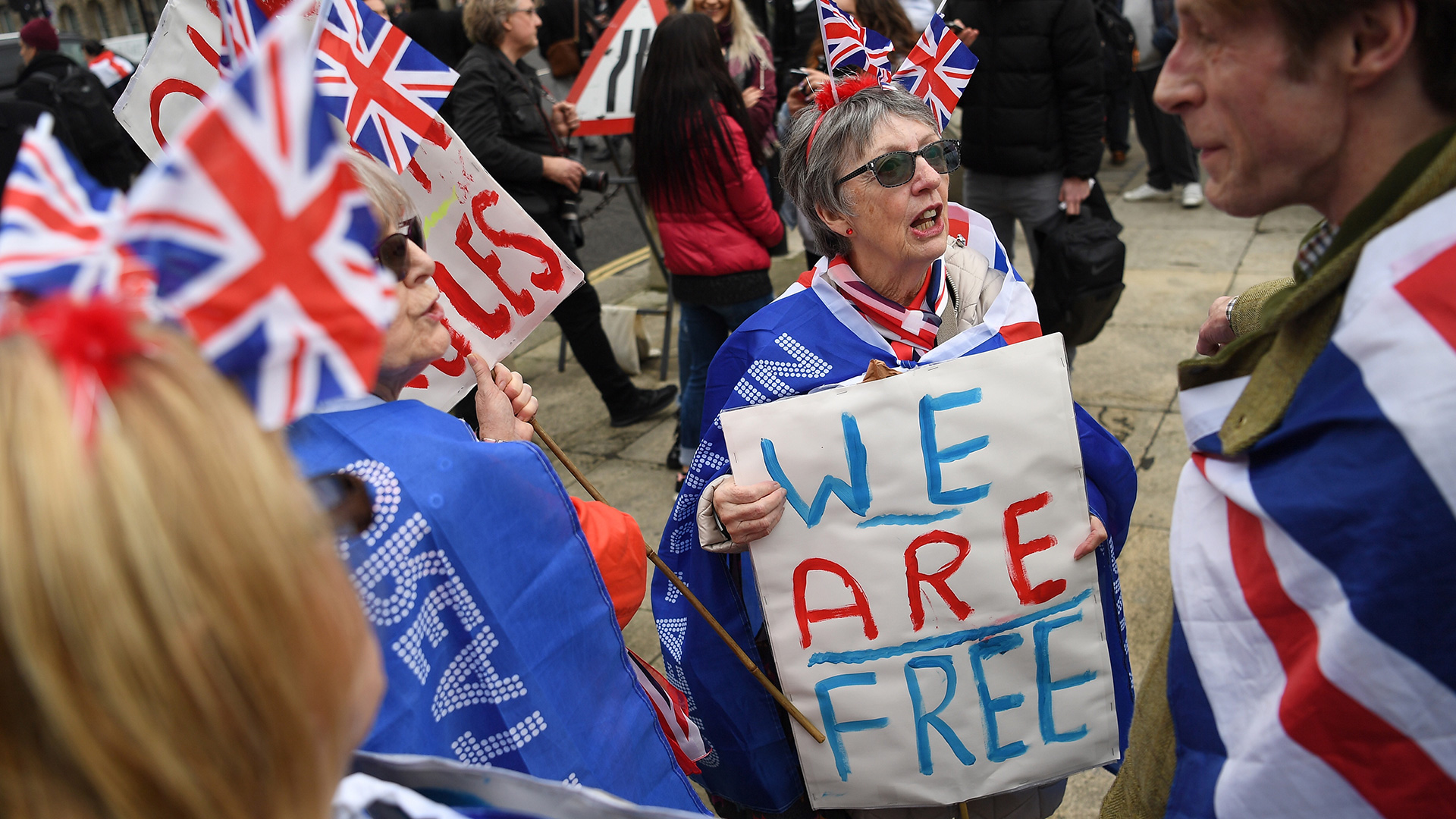 EXACTLY six years ago we woke to a new Britain.

Against the odds, a 17.4million majority had opted to leave the EU for a new destiny. We all know what happened next.

A Remainer-packed Parliament paralysed politics to thwart the referendum result. Shifty MPs like Keir Starmer pretended to respect it but, in cahoots with Brussels, fought to overturn it.

His insanely dangerous plot was only scuppered, and Brexit completed, by Boris Johnson’s thumping election win in 2019. Since when almost every Remoaner prediction has fallen apart.

Trade deals were rapidly done with the EU and scores of major nations, with more coming. Our independence let us roll out Covid jabs and reopen the economy much quicker than Brussels.

The sky never fell in. Our growth is poor, but so is the EU’s. Our current woes are almost entirely down to Covid and war, afflicting virtually all nations.

There is unfinished business in Northern Ireland. We must loosen the ECHR’s grip, just as we broke free from the EU.

And let us also say that unless the Tories rapidly slash taxes and EU-era red tape they cannot remotely claim to have maximised Brexit’s potential.

But UK Times never promised that this vast national reset would be easy in the short-term. So when Remoaners conjure stats purporting to show us worse off than had we stayed, what’s the point?

Why waste energy sneering? To prove they were “right”? To give a future Labour government its excuse to rejoin?

How about instead helping to make a united, independent Britain the world-leading success we know it can be?

IT was always cowardly for the Tories to cave to the eco lobby’s bogus propaganda over the supposed perils of fracking.

The “tremors” are tiny, the pollution risks minimal. So if experts next week confirm it’s safe, the Government must not hesitate to give it the nod.

British shale gas may prove vital for our energy security and price stability.

The Germans rely on Putin to heat their homes. Look how that’s panned out.

THE new surge in woke students’ bigotry towards views they dislike is terrifying.

Universities are meant to stage a contest of ideas. Instead, most undergrad­uates prefer to bar dissenting opinions.

Almost a third demand the right to disrupt or stop a disagreeable event.

How about just “not going”?

It’s not entirely their fault. Their lecturers too are nearly all left-wing, often young enough themselves to have been taught the monstrous wickedness of any view to the right of Jeremy Corbyn’s.

If the Tories do not fix this, no one will. Certainly not Labour, which profits from it.