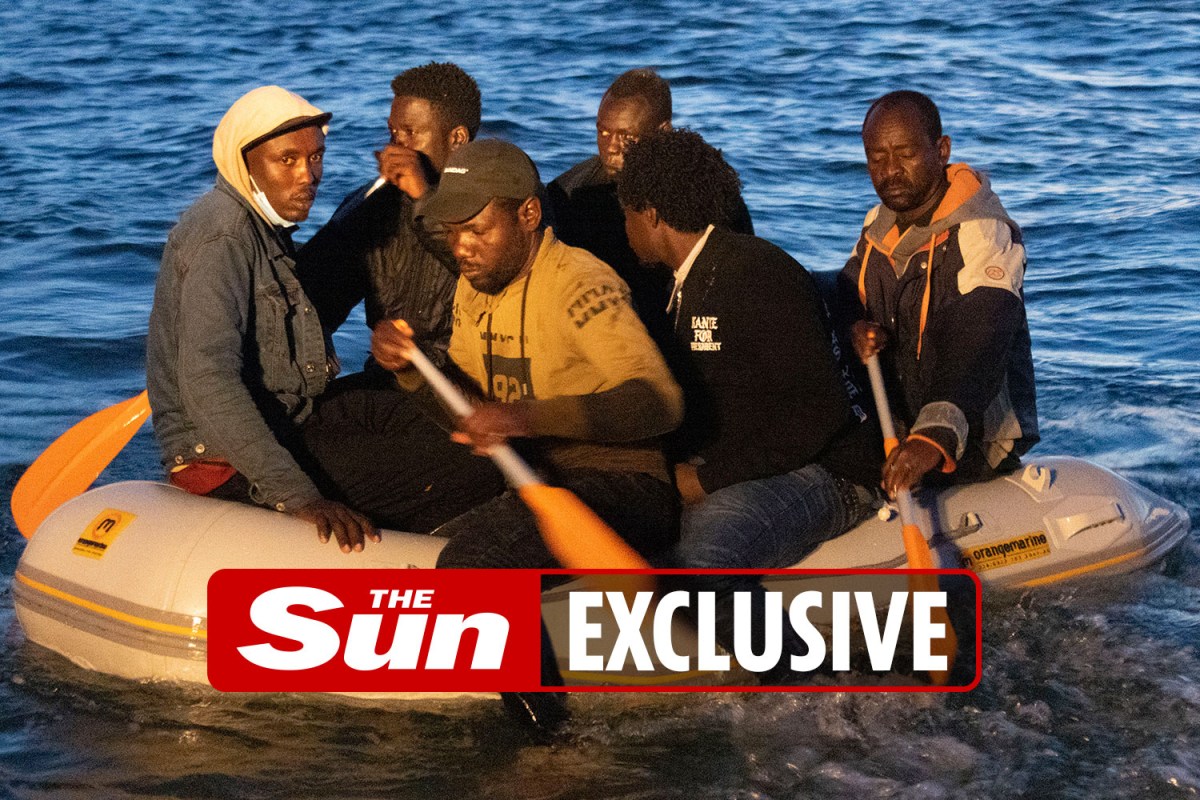 
SIX migrants crammed into a two-man dinghy struggle to stay afloat in their desperate journey to England across the Channel.

It is part of the migrant tide which has seen more than 11,000 attempt the journey this year.

The Sun was the first British newspaper invited on to a French police sea patrol off the coast.

We joined the 5am operation last Thursday morning with the CRS, a unit who normally police riots.

The men were struggling through choppy waters, baling out water with a plastic container and struggling to start their motor.

French police called out: “It’s a long way to England. You will never get there in that boat.

“It’s sinking and your engine is broken. Turn around or you will die.”

But the men rowed harder, with the patrol able only to monitor them in case the boat sank.

Commissioner Laurent Hurst said: “They want to get as far out as possible so they can be picked up by the British boats. They don’t want us to help them.

“We just escort them and make sure they don’t fall in and drown. But we cannot create any danger for them and us.”

Exclusive video shows migrants crossing English channel in child’s dinghy, as 378 make it to UK waters in a day